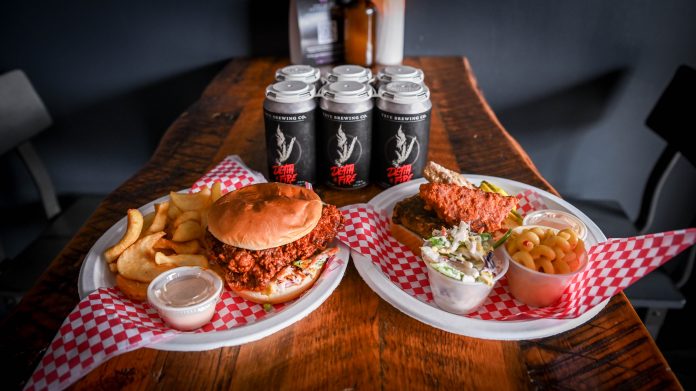 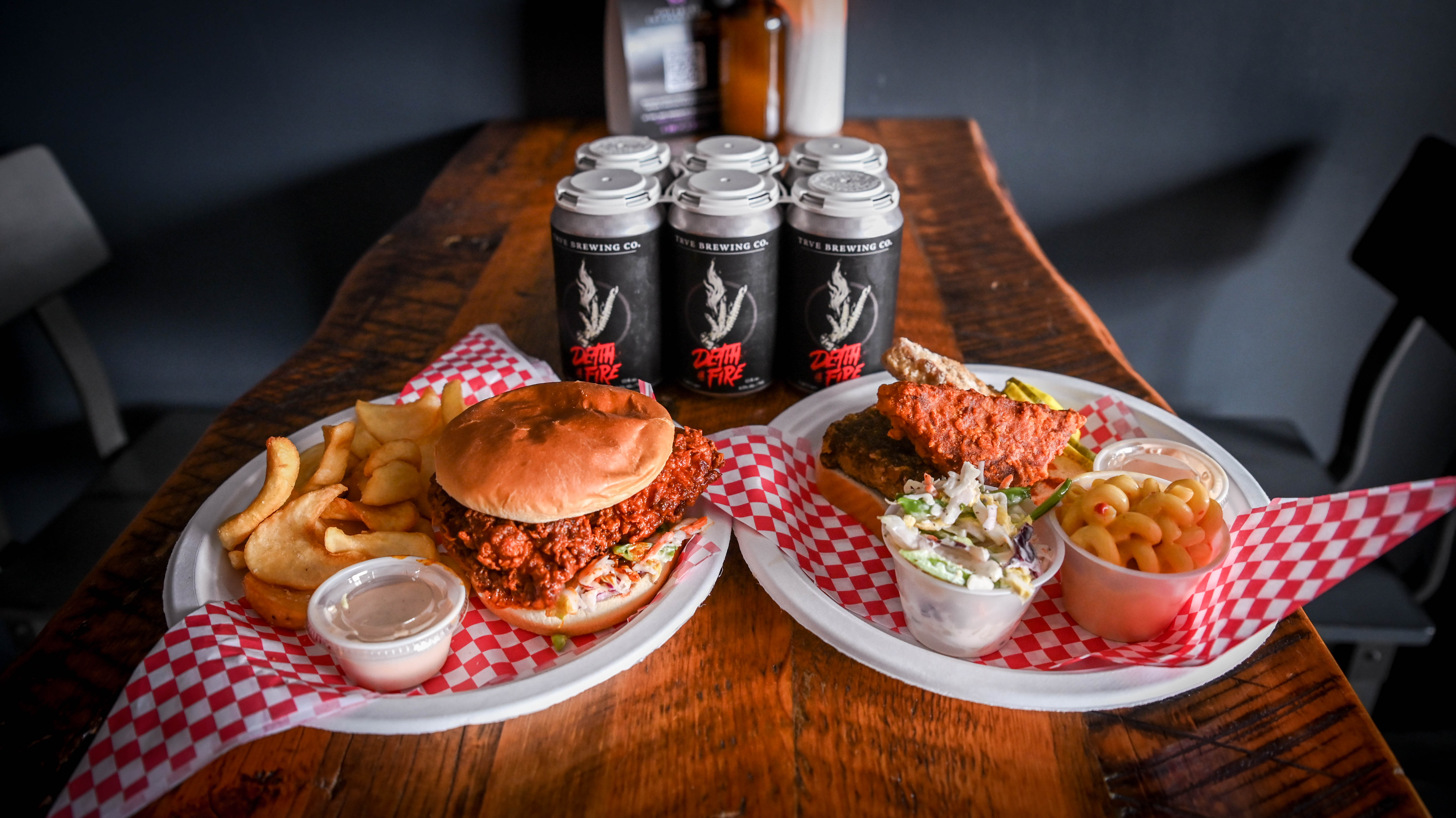 On Friday, August 6, Fort Collins’ own Music City Hot Chicken will host its grand opening within Baker’s longstanding metal and sour beer hotspot TRVE Brewing. Serving from a freshly-constructed food truck-sized kitchen in the back of the decidedly dark and elongated space, Music City will operate independently, naturally allowing each business to magnify the other’s obvious qualities and abundant personalities. “We’re here to complement their space and not take it over,” mused Sam Graf, who opened Music City with his brother Jordan in 2016. Due in part to the space restrictions, the restaurant will serve a limited list of heavy hitters, with a la carte selections of a chicken sandwich, tenders, fried tempeh and a range of sides. While the menu is indeed slimmed down, all the spice options that helped to put the place on the map — including the infamous Flammable Solid — will still be available.

The relationship between Music City and TRVE was forged naturally after the hot chicken spot became one of the first accounts to serve the beers when TRVE first expanded into Fort Collins. Each crew — composed of both the Grafs and TRVE’s husband and wife duo Nick and Erin Nunns and business partner and head brewer Zach Coleman — share a similar aesthetic. “We’ve got a tongue-in-cheek punk rock vibe and they’re just metal,” grinned Sam. The business relationship quickly evolved into a friendship. “Whenever they came up for a show they’d stop in for food, whenever we came down here we’d stop in for beers,” he continued. But in February 2019, a loose conversation paved the path for what is now the city’s best set of diabolically conjoined twins. “If you ever want to throw a kitchen where the brewing equipment used to be let us know,” said Nick, noting that the corridor once held the potential for a set of pinball machines. By all indications, this opening is a clear sign that everyone veered towards the right path.

Despite the menu’s current narrowness, there’s still plenty on there to satisfy experienced fans and new inductees alike. The sandwich ($10.50) is both crisp and burly, with the locally-sourced tempeh providing a perfectly permissible alternative for those who don’t indulge in the fowl. Even the most mild heat level, Southern Classic, has a good amount of fire, with Hot being manageable and the Nashville Hot starting to edge into more flex-worthy terrain. To celebrate the opening TRVE has released the Death in Fire, a mild corn lager punctuated by just the perfect amount of sweetness to temper the burn. And as with much of the beer, the Death in Fire is produced entirely from local grains, with Nick proudly noting that 95 percent of the brewery’s malt bills are all locally grown. While the release is limited — with taps predicted to last through the weekend and cans as long as the month — Nick says that there’s a good chance it’s a recipe he and the team will continue to bring back sporadically.

Music City plans to slowly build its menu, with specials joining the roster as soon as the team gets its bearings. “That’s just a matter of time,” grinned Jordan.