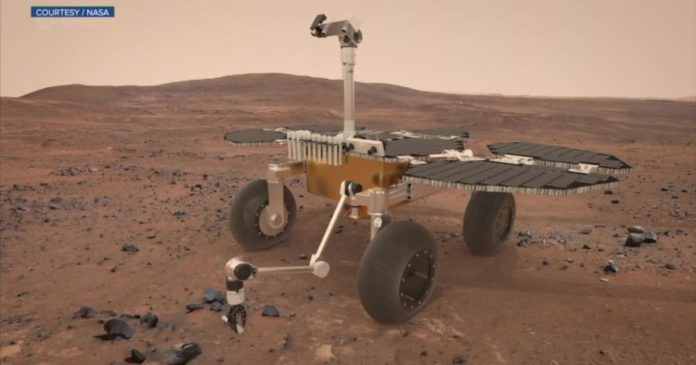 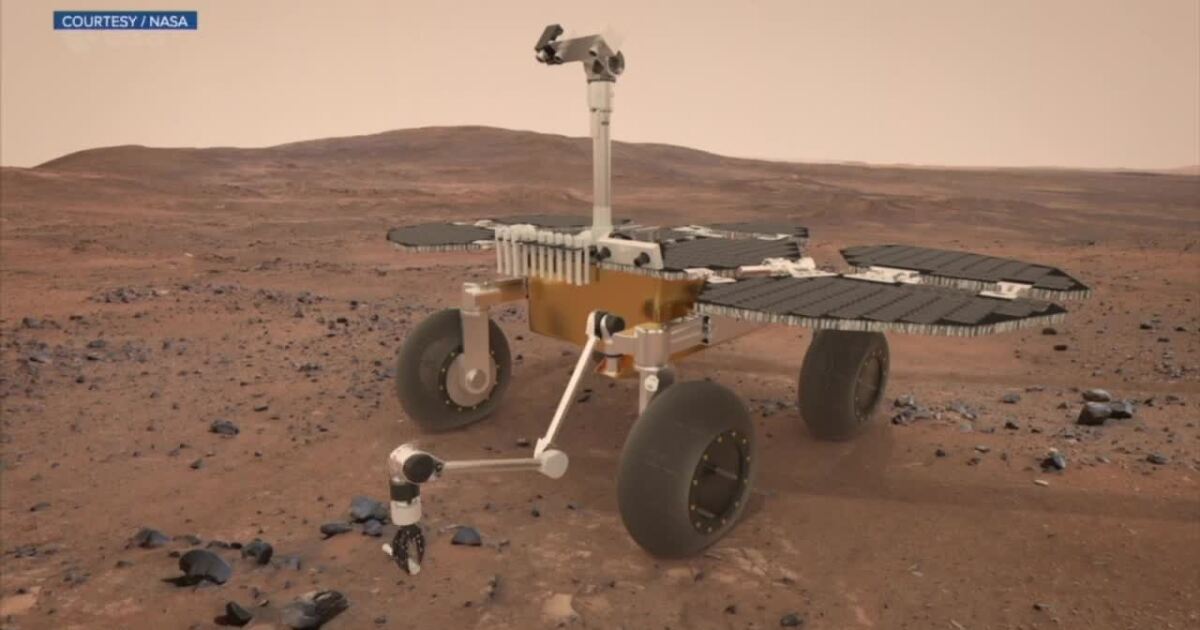 A NASA rover will land on Mars Thursday, thanks in part to two Colorado companies that made the mission possible.

The rover, named Mars 2020 Perseverance, is expected to land on the Red Planet at 1:55 p.m. MT. It has a microphone and 23 cameras on board.

Each one of those cameras has a reason, explained Phillip Twu, a NASA robotics system engineer. This ranges from being its “eyes” to see its surroundings and figure out how to move, to cameras used to determine a safe spot to land, to cameras specially designed to look for chemical signatures in rocks on the surface. It also has a microphone, meaning for the first time, humans will be able to hear what Mars sounds like, Twu said.

The Perseverance rover will pick up some rock and soil samples to bring back to Earth some day.

Two Colorado companies helped make this mission possible — United Launch Alliance (ULA), which is based in Centennial, and Lockheed Martin in Jefferson County.

ULA was responsible for the rocket that launched the mission into space on July 30, 2020. Lockheed Martin in Jefferson County designed and built a protective shield to protect the rover as it enters Mars’ atmosphere, where the temperature will reach about 2,300 degrees. The Lockheed Martin system will help steer and slow the spacecraft as it nears the surface.

Twu said previous missions to Mars focused on answering the question if ancient Mars could have supported life. But this time around, the rover will have special tools on-board to allow it to directly search for life.

“That’s pretty exciting because for once, we actually get to answer the question, were we ever alone in the universe?” he said. “I think that’s something everyone can relate to. On top of that, we’re going to be collecting rock and soil samples to be bringing back to Earth one day and, to top it all off, we’re going to be testing out new technologies, including the first-ever helicopter on Mars, and a brand new machine that can generate oxygen on Mars for future astronauts to breathe.”

The rover will collect the samples from the planet’s Jezero Crater because it is an ancient river delta, meaning that area used to have water and ingredients needed for life. The rover will look for biosignatures of microbial life in this crater, Twu said. He said it’s sort of like how dinosaurs left fossils behind — the microbes will have left behind biosignatures in the rocks.

It won’t be an easy landing, though — there are plenty of cliffs and hazards in the way. It will be an exciting and nerve-wracking time, he said.

Twu said he loves the idea that this is the first time NASA is directly looking for evidence of life on Mars.

“Being able to answer questions like that is the whole reason why I joined NASA to begin with,” he said. “Since ancient times, people have looked up in the sky and wondered, ‘Are we alone? What else is out there?’ Questions like that. And for the longest time in history, that’s all we were able to do — sit there and ask and wonder and not get any further than that. But for the first time in history, now, we actually get to go and find out the answer directly. I feel so lucky to be alive in this time and lucky to just be a part of this.”

This mission doesn’t belong just to NASA — it’s a mission for all of humanity, he said.

Mars 2020 Perseverance will spend at least one Mars year, or about two Earth years, exploring the landing site region.

You can watch the landing live on NASA’s website here.