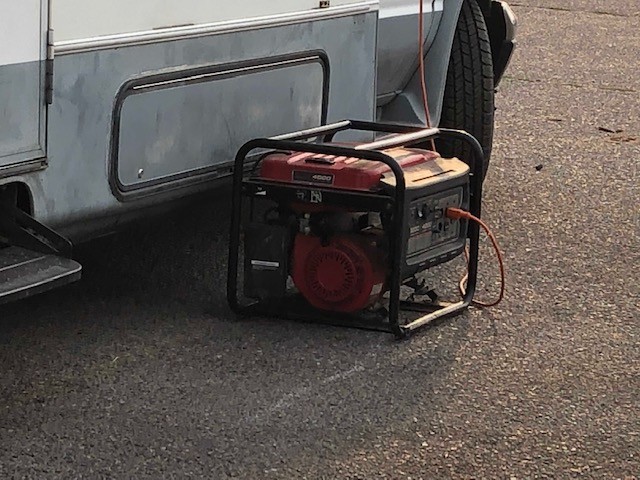 DENVER — A makeshift RV camp at East Colfax and Trenton may be a sign of difficult housing times, but piles of trash, the smell of raw sewage and non-stop generator noise have left some neighbors less than sympathetic.

“The generator runs constantly,” said neighbor Vanessa Frank, pointing to an RV parked just across the alley from her home.

Frank said she understands people need a place to stay, and has no problem with most of the RVs and camper trailers.

“But dealing with this,” she said, pointing to the RV, “this is way beyond what’s reasonable to ask of people in the community.”

Frank said in addition to the noisy generator, there’s a foul smell wafting from the holding tank.

Other neighbors have complained about garbage piling up in the alley. They say it’s been there for weeks.

One neighbor said the the trash may be coming from tenants of an apartment building nearby. He added that more needs to be done to help veterans who are among those living in the makeshift camp.

Another neighbor, who gave only his first name, Paolo, said he’s worried about safety.

“Our teenagers came home and as they were getting out of their vehicle, one of the people living in one of the RVs had a knife in their hand,” he said.

An occupant of that RV told Denver7 he parked along Trenton Street because it’s the neighborhood where he grew up.

Bruce Jackson lives in one of the other RV’s, with a friend.

He said he knows most of the people living in RVs and campers at the makeshift park, and that they are peaceful.

He said living in an RV is better than living in a tent or shelter, and less expensive than paying rent.

When asked about his friend’s generator, Jackson said it helps make life more comfortable for them.

“With electricity, she’s able to cook, watch TV, live a pretty normal life in tight quarters,” he said. “What is difficult is the RV needs repairs and is immobile.”

He said that’s why it’s parked where it is.

Jackson said his friend keeps her RV clean, and doesn’t allow other people, or unwanted activity around it.

“She maintains the respectability of the people who live here,” he said.

Two police officers pulled into the parking lot after getting a call about the generator noise and sewage smell.

“They’re like well, she can park here, she’s fine here,” Frank said. “I said, it smells like sewage, and they said, well I don’t smell anything.”

Paolo said they’re not trying to push the problem elsewhere, they just want the city to provide resources to help.

Frank said she’d like to see the RV, currently parked across from her back yard, moved to a more remote area of the parking lot, closer to Colfax.

“I should not have to deal with this,” she said.

Frank said she’s reached out to her city council representative, but hasn’t heard back.

She said she’ll also reach out to Denver’s Environmental Health Department to see if they can look into the odor coming from the RV.