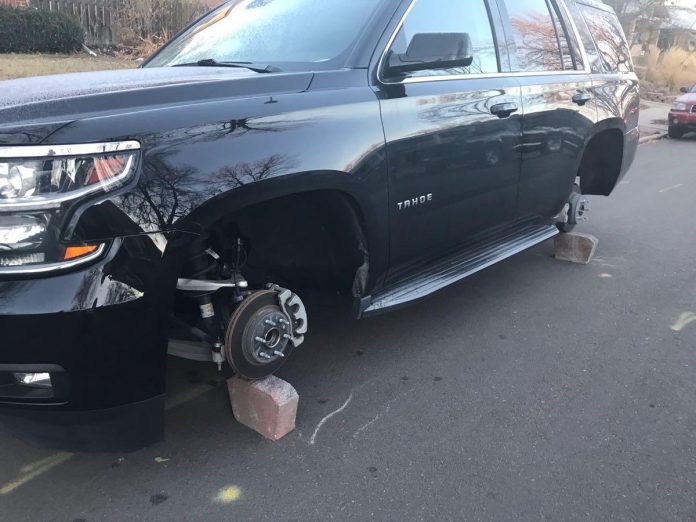 DENVER — How bright is too bright?

When a new LED street light was installed in the alley behind Tim Rathmann’s house, he was happy. He and his family felt more secure walking their dog down the alley, and pulling into and out of their garage near Congress Park late at night.

Rathmann started parking in the alley two years ago, after thieves stole the rims off his SUV, which had been parked on the street.

“It was December 7, 2017,” he said. “I woke up and started the car remotely and I looked out the window and it was completely on cinder blocks.”

That’s when Rathmann installed a camera on his garage.

He said Xcel installed a new LED light in the alley earlier this year, and he was surprised when they removed it recently. He started asking neighbors how he could go about getting the light reinstalled, and learned that it was one of those neighbors who had collected signatures to have it removed.

That neighbor, who declined an on-camera interview, told Denver7 that the light was so bright that it made her back yard “look like a baseball stadium, or a parking lot at Target.”

Rathmann said he understands her concerns and that they are now working together to find a middle ground solution.

He said he wants his wife and family to feel safe when they’re walking the dog in the alley, and he wants to be able to see ice when he’s walking back there.

Galia Halpern, an assistant to Denver City Councilman Chris HInds, said Xcel dimmed the light to about 70 percent of capacity, but it wasn’t enough.

She said enough signatures were turned in that the city asked Xcel to remove the light, and that the only way to get one installed now, would be through the signature process.

Rathmann said there are enough nooks and crannies in the alley for anyone to hide in, and he said there is still ice on the pavement. Ice that no one can see at night, without a light.

Halpern said the neighbor is ordering some soft lights to hang on her fence. Rathmann hopes they provide enough illumination for nighttime safety.

Halpern said there was a similar issue with LED brightness near 12th Avenue and Milwaukee Street. She said the city asked Xcel to remove that light too.