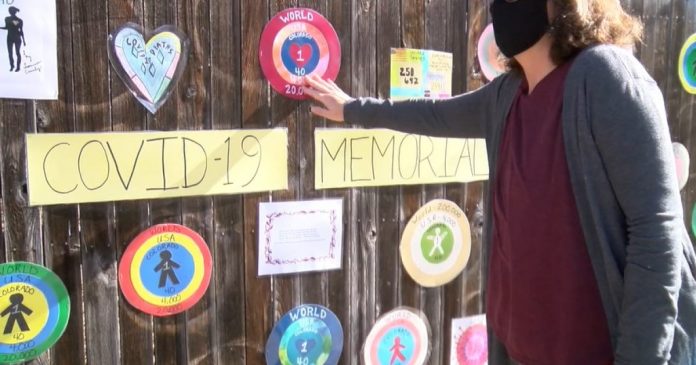 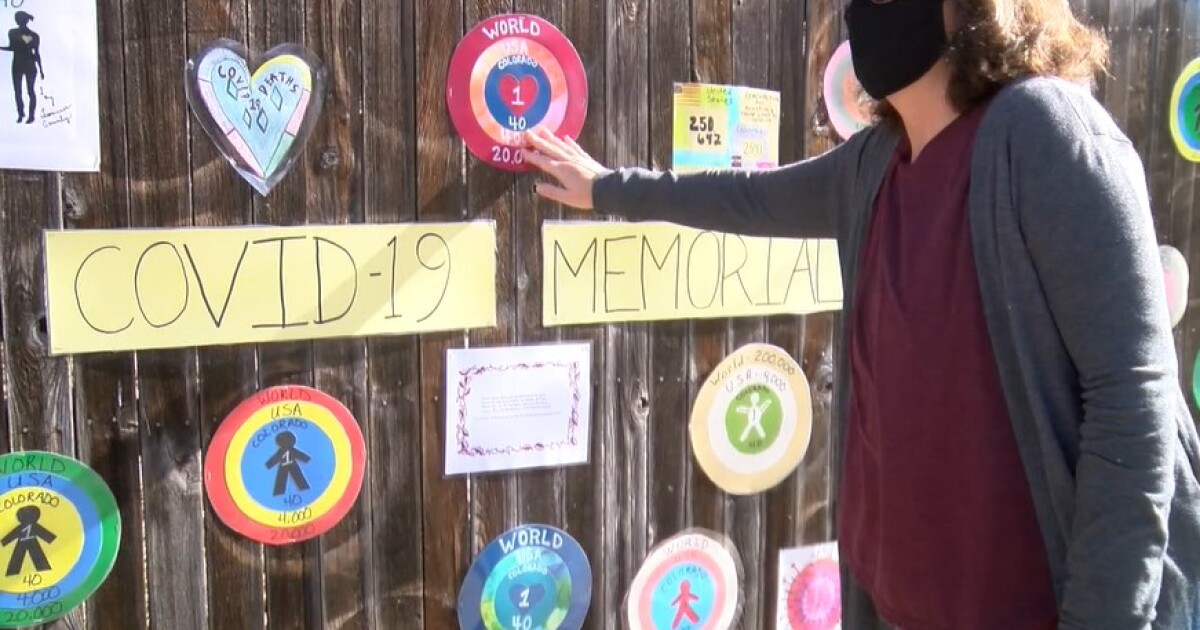 FORT COLLINS, Colo.—A woman living in the Parkwood East neighborhood says someone vandalized her memorial honoring those who have died from COVID-19.

As a sociologist, Sara Steen prides herself in helping people, and understands the significance of numbers.

“I created this memorial in September. I was feeling like people were not talking enough about the people who had died of COVID,” Steen said.

The memorial now has 63 circles and growing. One for each person who has lost their life to coronavirus in Larimer County.

The memorial was vandalized two days after the election. Thick black spray paint covered the circles representing a person’s life.

“I came out in the morning and all of the circles that I created had been spray-painted, which was really sad. I kind of just broke down on the sidewalk and a neighbor walked by and comforted me,” Steen said.

Instead of taking it down, Steen got to work recreating the memorial. Then others came to help.

“Another neighbor came by and said ‘I know how to get spray paint off.’ So she came and spent hours cleaning all of the emblems,” Steen said.

Now she is encouraging others to add to the memorial with their own art, poetry and even tributes to the loss in other communities.

She believes the vandals were motivated by the election results but she isn’t holding a grudge because the memorial has only improved.

“People made some really beautiful emblems, and now it is much more meaningful, because it is a community memorial instead of just something I put together,” Steen said.

Steen has more circles to add to the memorial this week. She plans to keep it up until a more permanent memorial is put in place in the community.