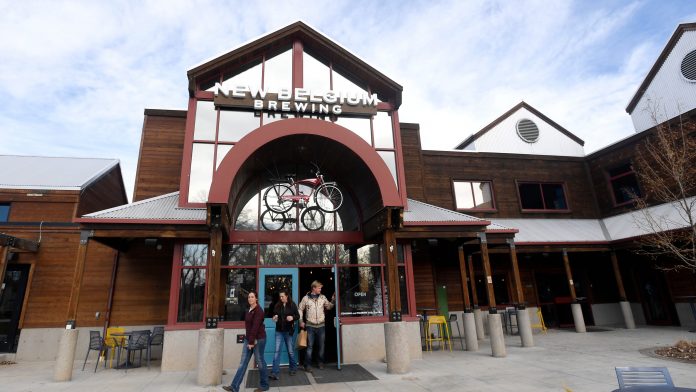 The sale is expected to close by the end of 2019, pending approvals by regulators and New Belgium’s employee stock ownership plan, according to a news release.

But New Belgium is far from the only locally-owned craft brewery to sell to corporate giants of the beverage world.

Here are some other breweries that have sold to “Big Beer.”

Brekenridge Brewery was acquired by Anheuser-Busch InBev, the world’s largest brewer, in 2015.

Beer:  These are the states with the most craft beer breweries

Craft Brew Alliance, which includes beer brands like Kona and Redhook, was acquired by Anheuser-Busch in a $221 million deal.

Perhaps best known for its India Pale Ale, or IPA, beers, Goose Island sold to Anheuser-Busch in 2011 for $38.8 million. The Chicago Tribune reported at the time that the move reflected “the growing demand for craft-style beers as the major brewers have seen some big sales declines.”

Anheuser-Busch bought Seattle’s Elysian Brewing in 2015 amid a steady rise in craft beer sales and a simultaneous lull in nationwide beer sales. This acquisition came a year after another one from A-B in the state of Washington.

The sale of Bend, Oregon’s 10 Barrel Brewing to Anheuser-Busch occurred in 2014, before the aforementioned sale of Elysian Brewing in Washington state. Following the announcement of the sale, the brewery’s Facebook page was hit with backlash from loyal beer drinkers calling the brewers “sellouts.”

Unlike other breweries on the list, Avery Brewing Co. in Boulder sold to big business partners in chunks. Avery sold 30% of its company to Mahou San Miguel (based in Madrid, Spain) in 2017. Roughly two years later, Avery sold an additional 40% stake (and majority ownership) to Mahou and Founders Brewing Co.

“We are convinced that Mahou and Founders Brewing Co. are the perfect partners to grow our brands and our presence in the market through a dedicated focus on sales, marketing, national accounts and Colorado,” Avery founder Adam Avery said in a release.

Another craft brewery that joined the Anheuser-Busch portfolio in 2014 was Blue Point Brewing Company based in New York.

Famous for its Anchor Steam beer, Anchor Brewing Co., which was founded in San Francisco way back in 1896, sold to Japan’s Sapporo Holding’s Ltd. for $85 million in 2017.

In 2015, Four Peaks Brewing Co. based in the Arizona desert became one of the many big names in craft beer to be acquired by beverage giant Anheuser-Busch. Some of the brewery’s offerings include the Hop Knot IPA and their Kilt Lifter, a Scottish ale.