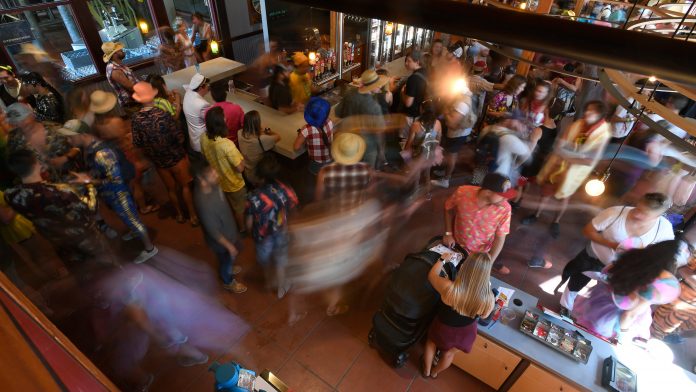 After nearly 30 years as one of Fort Collins’ locally owned, homegrown breweries, New Belgium Brewing Co. is being sold to a global craft beverage company with ties to Australia, New Zealand and Japan.

Lion Little World Beverages will acquire 100% of New Belgium in an all-cash transaction that is expected to close by the end of the year, pending approvals by regulators and New Belgium’s employee stock ownership plan members, according to a press release sent Tuesday.

Little World Beverages is a global craft arm of Lion, an Australian beverage and food company that is a subsidiary of Japanese beverage giant Kirin.

Neither Lion Little World Beverages nor New Belgium is disclosing the sale price for the nation’s fourth-largest craft brewer, or any other terms of the deal.

But more than 300 employees will receive “$100,000 of retirement money, with some receiving significantly greater amounts,” co-founder Kim Jordan said in an open letter.

Once inked, the acquisition will mean New Belgium is no longer employee-owned, she said.

Since 1991, when New Belgium was founded by Jordan and her then-husband Jeff Lebesch in their Fort Collins basement, it has grown into one of the nation’s craft beer giants.

Story continues below the gallery

In 2000, New Belgium became partially employee-owned, with Jordan and her family holding a controlling interest in the company. It transitioned to full employee ownership in 2012.

Over time, its employee stock ownership plan, or ESOP, has grown and — including this latest possible transaction — will have paid a total of $190 million to current and former employees over the past 19 years.

Members of New Belgium’s ESOP — current and former employees included — will vote on the deal before it is finalized, a New Belgium spokesperson said.

In 2016, New Belgium expanded past its Fort Collins roots with the opening of its $140 million brewery in Asheville, North Carolina.

“We’ve observed and admired New Belgium for a long, long time,” Lion Little World Beverages Managing Director Matt Tapper told the Coloradoan on Tuesday, Nov. 19. “It wasn’t until more recently that I suppose we came together and started discussing how we might write a new chapter together.”

“Honestly, there was something about that outside dinner in the warm fall air of Fort Collins that was really magical, and I think that moment was the moment that flipped it for all of us,” Jordan said.

Lion Little World Beverages is supportive of both New Belgium’s efforts to reduce its carbon footprint and remain a certified B Corp, Jordan said. After becoming a certified B Corp in 2013, the brewery is held to “the highest verified standards of social and environmental performance, transparency, and accountability” by the Pennsylvania-based B Lab nonprofit.

Lion Little World is “committed to protecting and nurturing New Belgium’s unique identity, culture and brand,” according to Tuesday’s news release. While the global beverage company owns some wine vineyards in California and Oregon, the New Belgium acquisition will mark its first step into the U.S. craft beer market.

Jordan, who stepped down as New Belgium’s CEO in 2015, has most recently served in a hybrid role as chair of the brewery’s board of directors.

“My focus will now switch to both the Little World team and the New Belgium team … thinking about this platform and how do we bring in other U.S. craft breweries that are aligned with the values that are important to us,” Jordan said.

Lion Little World Beverages did not elaborate on any other possible planned acquisitions in the U.S. craft brewing market.

“The investment in New Belgium as this key foundation step is critical,” Tapper said. “We’re going to take our time to celebrate that and digest that. Then at the appropriate time, we’ll be turning our minds to where may we take the business and how might we grow.”

There was no word specifically about the new ownership’s impact on the future of Tour de Fat, the costumed bike parade that winds its way through Old Town Fort Collins and other cities. A spokesperson said it’s business as usual but wouldn’t comment further.

New Belgium Brewing By the Numbers