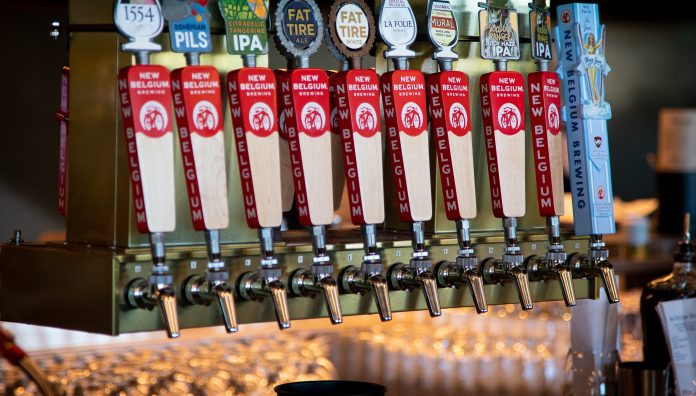 After today, they could become household names as Fort Collins’ own New Belgium Brewing Co. gets ready to become part of an international conglomerate.

Kirin is also part of the Mitsubishi Financial Group, a massive holding company similar to 3G Capital or Berkshire Hathaway, said Zac Rogers, assistant professor of supply chain management at Colorado State University. “They have their fingers in a lot of different pies.”

Lion Little World Beverages is the global craft beverages business of Lion, an Australian company owned by Kirin Holdings Co. Ltd. According to the company, Lion Little employs about 4,000 people in Australia, New Zealand, the United Kingdom, Asia and the U.S.

The acquisition is Lion Little’s first foray into craft beer in the United States; in 2016, parent company Kirin bought 25% of Brooklyn Brewery in New York.

While Kirin has 30,000 employees and brews 121 different beers, few in the U.S. have heard of them, said Mat Dinsmore, owner of Wilbur’s Total Beverage in Fort Collins. “In the U.S., no one cares about them, but internationally they are ginormous,” he said. “For New Belgium to go international, it’s a big deal.”

Wilbur’s carries a few Kirin beers, including Kirin Ichiban — a $9 six-pack — and Lion Stout, which sells for $11 per six-pack.

Combined, Wilbur’s has sold 49 cases of Ichiban and Stout so far this year, a slight increase from last year.

“Unless you travel internationally, you’ve probably never heard of them,” he said.

A few other liquor stores and some sushi restaurants carry the brand, but it’s far from a readily recognizable name.

The deal gives New Belgium “access to Kirin’s international supply chain and distribution network that it likely couldn’t develop on its own,” Dinsmore said.

The sale puts New Belgium on better footing to become an international brand but gives the brewing company far less autonomy to drive its own destiny, Rogers said.

“It’s easy to see how they can now get distribution into all these markets … but now the decision-making power is somewhere else. What New Belgium could do before was make decisions only for (themselves). Now they will be part of a decision making for a large company.

There’s a confluence of two issues coming into play, Rogers added. “The big guys want to buy craft brewers because that’s where the growth is, and craft brewing is getting killed by tariffs (on the aluminum used in their cans), making the canning process 10 to 20% more expensive.”

Simultaneously, smaller craft brewers are stealing market share while larger breweries like Coors or Anheuser-Busch are buying up competitors, he said. “You can have craft brewers with the backing of A-B behind them. There’s so much innovation coming up underneath them and corporate structure on top of them. It squeezes the middle.”

Lion purchased Little World Beverages — Australia’s largest listed brewer — in 2012 in a deal worth $368 million, according to the Wall Street Journal. It had already owned more than 36% of Little World.

HISTORY: How New Belgium got its start, defined itself