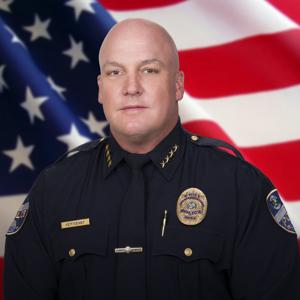 The city of Monument announced Wednesday that a veteran Florida officer will take over as the town’s police chief Feb. 3.

Cristian “Sean” Hemingway served a 22-year stint as a police major for the town of Pembroke Pines, Fla., followed by a six-year stretch as chief of police for Bay Harbor Islands, Fla., a Monument statement said.

“It is an honor to be chosen as the chief for Monument Police Department,” Hemingway said in the statement. “I consider Colorado a second home and I look forward to relocating to here and to continue to build on the partnerships that have been made with the community and town staff.”

Hemingway is a graduate of Barry University in Miami, where he received a bachelor’s degree in public administration. He holds a graduate degree in criminal justice from Florida State University as well, the release said.

“Mr. Hemingway has served in similar communities as Monument over his 30-year law enforcement career,” said Monument Town Manager Mike Foreman in the statement. “He is a well-rounded law enforcement professional who has implemented modern programs into the communities that he has led. He believes in the philosophy of community policing and we believe he will continue to improve our public presence in our community.”

Hemingway will replace acting chief Mark Owens, who took over the department when the former chief, Jacob Shirk, abruptly retired last summer after 17 years in the position.

Shirk’s retirement came a day after his employees asked town leaders to oust him in a letter stating his “lack of leadership and incompetence” had left the department “in much worse shape.”