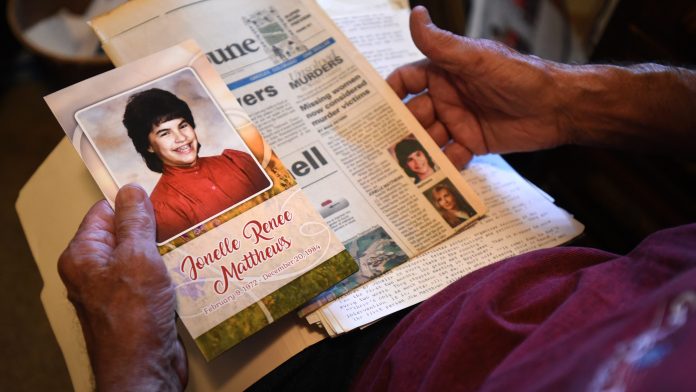 A new trial date has been set for Steve Pankey — the Idaho man accused of kidnapping and killing Greeley 12-year-old Jonelle Matthews just before Christmas in 1984.

Pankey’s 4½-week jury trial will begin Oct. 6. His first trial date, initially set for July 12, was vacated to give more time for advisement on a competency evaluation of Pankey.

To set the trial for October, Pankey waived his right to a speedy trial, which was supposed to take place within six months of the not-guilty plea he entered in early February.

When asked by Weld County District Judge Timothy Kerns if he waived that right during a hearing Wednesday afternoon, Pankey said he did, adding, “it’s time for the state to put up or shut up.”

Matthews, a vivacious eighth-grader at Franklin Middle School, disappeared from her family’s Greeley home after returning from a Christmas choir concert on Dec. 20, 1984.

Matthews became one of the “missing milk carton children” of the 1980s, and her disappearance baffled investigators and the Greeley community for decades. Her remains were discovered in July 2019 when oil and gas site workers were digging in a field in unincorporated Weld County.

Pankey was indicted by a grand jury and arrested on charges of felony murder and kidnapping with two violent crime sentence enhancements last October. He was later extradited back to Colorado from his longtime home state of Idaho.

Pankey’s next court appearance will be at a motions hearing at 1:30 p.m. July 21.

Missing children:8 Colorado kids who vanished without a trace