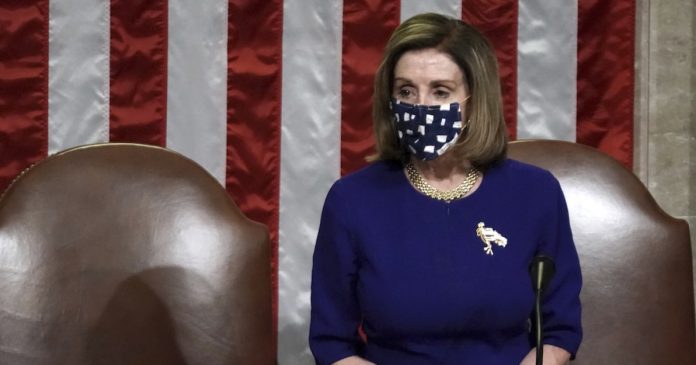 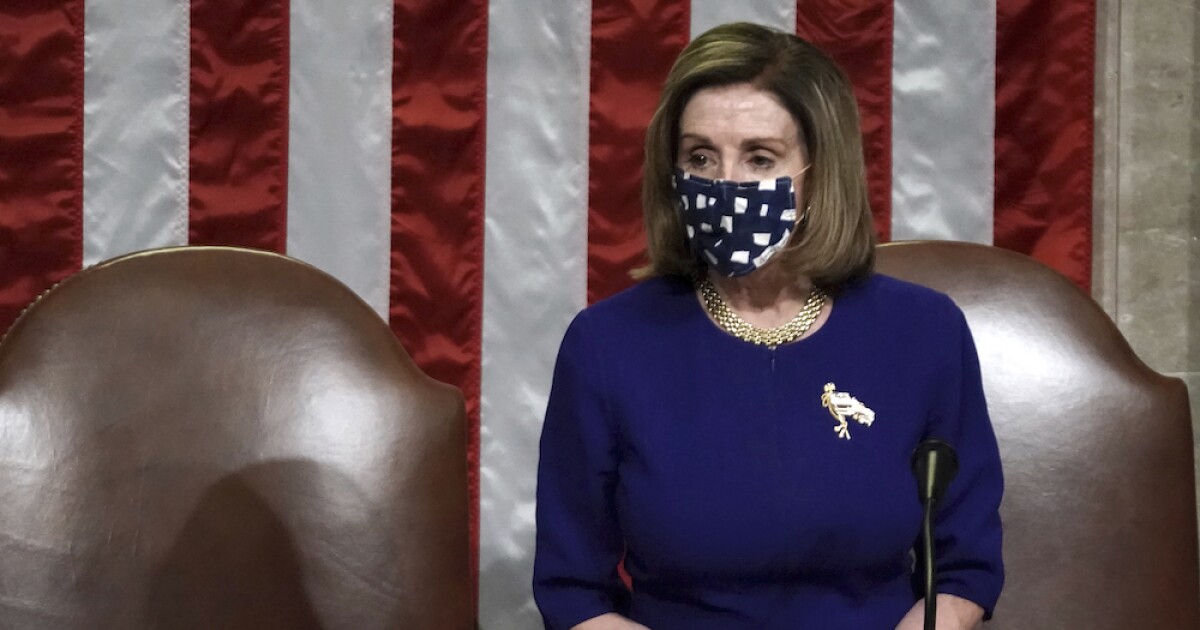 DENVER — A man with an assault rifle who said he traveled from Colorado to Washington for Wednesday’s pro-Trump rally was charged in federal court with threatening House Speaker Nancy Pelosi.

He sent a text message to friends, saying he was thinking about putting “a bullet in her (Pelosi’s) noggin on Live TV,” according to court documents.

FBI agents arrested Cleveland Grover Meredith Jr. Thursday evening inside a room at a Washington, DC Holiday Inn, according to an arrest warrant.

Meredith told agents he arrived in Washington, DC from Colorado on Thursday. It’s unclear if he currently resides in Colorado.

He said he wanted to be in Washington by Wednesday for the rally but he arrived late.

During a search of Meredith’s Washington hotel room, agents were given consent to search his phone where they discovered text messages the suspect allegedly sent to friends during his trip.

One of the messages was sent after Meredith fixed his trailer in Ohio, and read, “Just fixed…headed to DC with a sh– ton of 5.56 armor piercing ammo.”

On Thursday, in a text conversation with the same individual, Meredith wrote, “Thinking about heading over to Pelosi C—’s speech and putting a bullet in her noggin on Live TV,” according to the arrest warrant.

Agents found a Glock 19, a pistol, a Tavor X95 assault rifle and hundreds of rounds of ammunition inside his camper-style trailer which was seized.

Meredith is among the latest people charged in Wednesday’s mayhem that left five people dead.

Larry Rendell Brock, of Texas, was charged with one count of knowingly entering or remaining in any restricted building or grounds without lawful authority and one count of violent entry and disorderly conduct on Capitol grounds. Brock was arrested Sunday in Texas.

It is alleged that Brock was identified as one of the individuals who unlawfully entered the U.S. Capitol wearing a green helmet, green tactical vest with patches, black and camo jacket, and beige pants holding a white flex cuff, which is used by law enforcement to restrain and/or detain subjects.

Eric Gavelek Munchel, of Tennessee, was charged with one count of knowingly entering or remaining in any restricted building or grounds without lawful authority and one count of violent entry and disorderly conduct on Capitol grounds. Munchel was arrested Sunday in Tennessee.

It is alleged that Munchel was inside of the U.S. Capitol on Jan. 6, 2021. Photos depicting his presence show a person who appears to be Munchel carrying plastic restraints, an item in a holster on his right hip, and a cell phone mounted on his chest with the camera facing outward, ostensibly to record events that day.

The ATF and FBI continue to urge the public to report suspected use of explosive devices, or violent, destructive acts associated with the recent unrest. Anyone with information can call 1-888-ATF-TIPS (1-888-283-8477), email ATFTips@atf.gov or submit information anonymously via ReportIt.com.