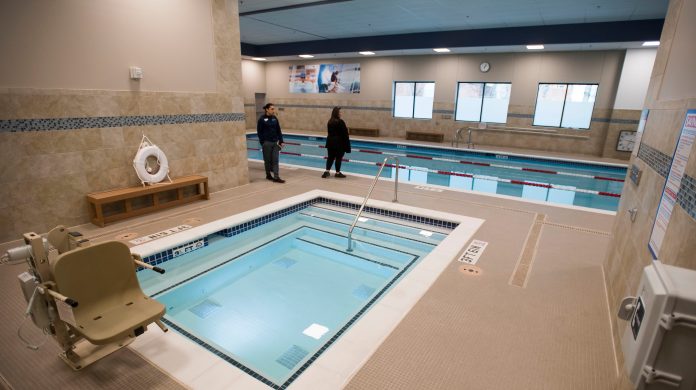 Target plans to open a third store in Fort Collins, this one in downtown, in the former home of 24 Hour Fitness, which closed in March amid the COVID-19 pandemic.

The space, a former Safeway before 24 Hour Fitness moved in in March 2019, will be fully renovated, including filling in the Olympic-size swimming pool, demolishing dressing rooms and showers and turning the cavernous space into a smaller Target.

The downtown location, at 460A S. College Ave., will join Walmart as the only large, national general retailers in the downtown area Fort Collins.

It will join Target’s other locations at Front Range Village, 2936 Council Tree Ave., and 105 W. Troutman Parkway, both of which serve south Fort Collins.

Want a true Fort Collins Thanksgiving?:Try one of these craft-beer-infused pies

The smaller prototype store will serve downtown and north Fort Collins and include a CVS pharmacy, some groceries and the usual Target items.

As many retailers have struggled during the pandemic, “Target is a tenant that’s doing pretty well,” he said. Target was considered an essential business and did not have to close in March and April when other retailers shut down.

LC Real Estate purchased the building that also houses Mulberry Max liquor store, in 2015 for $8.8 million. Safeway, which had been part of the site since 1988, closed in February 2017.

Target considered the site before 24 Hour Fitness leased the space, Holsapple said, but decided against it at the time. They reconsidered when the building came up for lease again.

LC Real Estate invested about $5 million into the building for a new roof and HVAC system, and 24 Hour Fitness put in another $3 million to turn the grocery space into a health club.

The building was built in 1988 and comes with about 250 parking spaces in its below-ground and surface parking lot.

This story will be updated as more information becomes available.