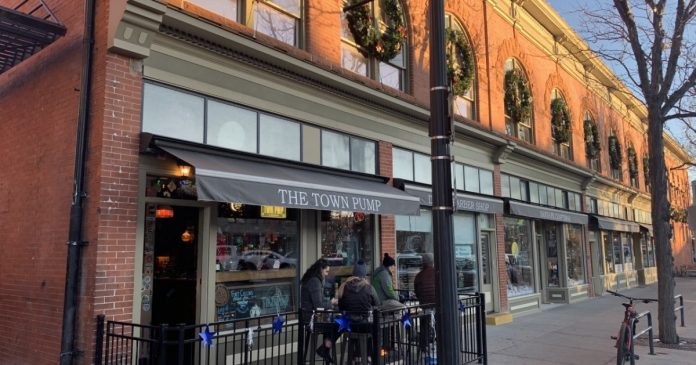 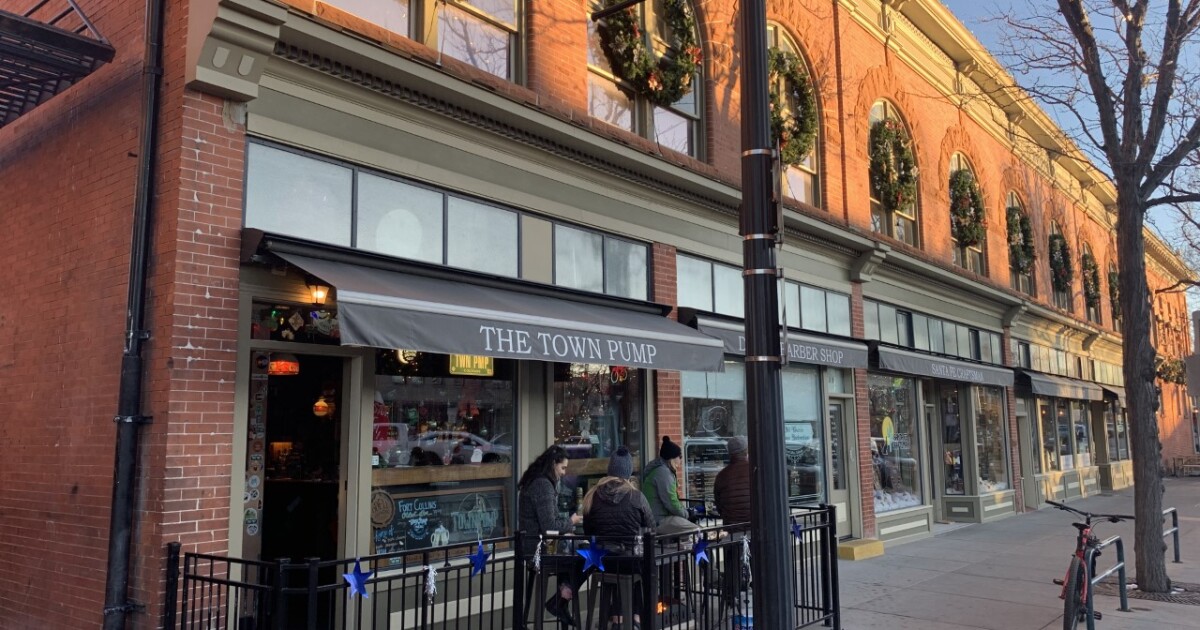 FORT COLLINS, Colo. — That age-old expression about walls talking has perhaps never been truer than inside the Town Pump on College Avenue in Fort Collins.

“It really is like a museum in here,” general manager Sarah Shireman said.

“That’s Dennis. That’s the guy I bought the bar from,” said owner Jake Latendresse as he pointed out a picture on the exposed brick wall.

“If these walls could talk, well, I don’t know if we want to hear any of that,” Shireman said.

The Town Pump has always, quite literally, been the go-to watering hole.

“If you notice on College Avenue, it’s really wide,” Latendresse said. “In the 1800s, they built the streets that wide so the people who came in with horse and buggies could do U-turns.”

“The street is about 108 feet wide,” Shireman said. “You could do a U-turn and you could water your horses out front here. That’s why it’s called the Town Pump.”

A century old pillar of the community that survived two World Wars, the Spanish flu and more.

“Just keeping up with all the new changes,” Shireman said. “It’s only 415 square feet. So our capacity is 40. Under the current COVID restrictions, that would mean 10 people in here. And if you space them out 10 feet, we could probably seat four people.”

So, just two days ago, they launched this GoFundMe.

“I knew this was it,” Latendresse said. “This was our last Hail Mary shot at this.”

What happened next blew them away.

“This is probably where I get emotional,” Latendresse said. “There was something that deep down inside told me, you know the people would come together.”

Boy, did they. In just 36 hours, right before the stroke of midnight on New Year’s Eve, The Town Pump hit its goal of $75,000 which is what they estimate it’ll take to keep the doors open and employees paid until this summer.

“I think both Jake and I are just incredibly humbled,” Shireman said. “And people gave from all over the world, some just $5 or $10.”

Saving a legend — and all those stories these walls could tell.

“It had an influence on a lot of people over the years,” Shireman said.