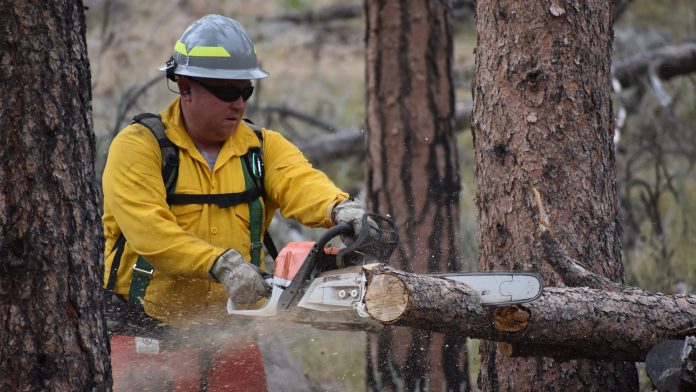 The Cameron Peak Fire caused much pain for many people, but from those flames came the fruition of an idea discussed for many years but never implemented.

Unbeknownst to many, the Larimer County Sheriff’s Office Emergency Services unit has for decades employed firefighters. The six temporary on-call firefighters were paid only when they were called on to help with prescribed burns and fire mitigation work, assist other fire departments and help fight the Cameron Peak Fire.

For years, the sheriff’s office has been wanting to make these members of what it calls the initial attack module group into full-time employees; they wouldn’t just battle blazes but help the community in other ways.

Then the Cameron Peak Fire happened, burning nearly 209,000 acres over 112 days and costing more than $130 million to fight.

“Unfortunately, it took half the county to burn down before the good idea became reality,” sheriff’s office spokesperson David Moore said.

The Larimer County commissioners recently approved upgrading the team to full-time positions with expanded roles. There was no funding attached to the approval, so the sheriff’s office will foot the approximately $350,000-a-year bill for the six members.

From the front line: Volunteer firefighters tell their stories

Moore said the sheriff’s office has the vehicles and equipment to outfit the team.

Grants, which used to pay 100% of the team’s cost, will now make up a much smaller source of funding.

And now the sheriff’s office is looking for applicants to fill the positions with the hope of the team hitting the ground come spring.

“We don’t have specific ideas of what projects they will do, but our marching orders are to do projects that have anything to do with benefiting Larimer County,” said David Frye, an emergency services specialist. “We are going to start planning and come up with some ideas and go from there.”

Initial ideas include helping with the Cameron Peak Fire rehabilitation, partnering with other fire departments to do fire mitigation assessments and pairing with Poudre Fire Authority to conduct fire safety education outreach in schools and in the community.

“As long as we can meet the value of community benefit, the team will look at a project,” Moore said. “Maybe we help with a food drive or hand out lunches to elementary students. Who knows where this will go, but we know six pairs of hands can help do a lot of things for the community.”

Want to apply for the team?

The Larimer County Sheriff’s Office hopes to attract applicants with skills in a variety of areas and who enjoy helping the community for its new full-time positions.

The hiring process will be the same as for hiring for any other position at the sheriff’s office and will include background checks.