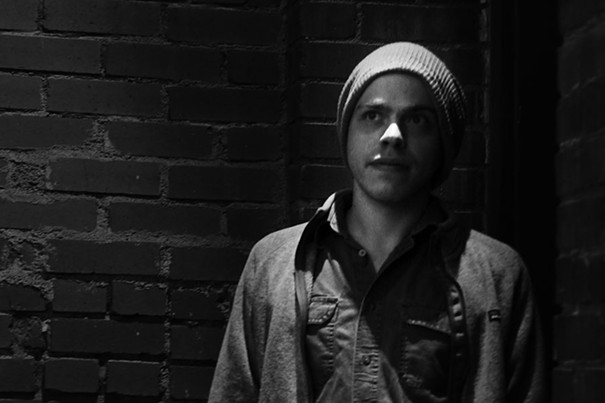 Owen Kinslow is a singer and multi-instrumentalist who has contributed guitar, bass and drums at various points to a plethora of local acts, including SON-G, Menagerie, Celestial Mechanics, and Single Triple Double. He is currently preparing to unveil his latest, as-yet-unnamed band. He cites King Crimson, Tom Waits, Tricot, Bill Hicks, Mogwai, Bernie Sanders and Akira Toriyama among his major influences.

Essential Saturday night listening: It depends how you’re spending your Saturday night. For instance, if you’re out and about and up to no good, you want something that brings synergy to your quest for gratification. I’d say you want “Sic Transit Gloria … Glory Fades” by Brand New and “Bitch, Don’t Kill My Vibe” by Kendrick Lamar in the mix. Throw “Fall in Love” by Phantogram and “Laces Out, Dan!” by The Fall of Troy in there. Feed. That. Ego.

However, if you’re like me and your days of spending too much money just to be surrounded by drunk people you don’t know are mostly behind you, you’re likely to be at home playing Teamfight Tactics listening to the full version of “Sora ni Utaeba” by amazarashi and other full versions of anime intros. Nothing gets me pumped to be called gamer words by children as they mercilessly destroy me like a good anime intro.

Essential Sunday morning listening: More anime intros. You have chores to do. You gotta get your head straight. You’re going back to work tomorrow. You will need the perseverance of a shonen anime protagonist if you want to be ready to face your dirty laundry and dirty dishes head-on!

“Wish I could unhear that” song: amazarashi, “Sora ni Utaeba,” so I could live on without being exposed to levels of greatness I couldn’t achieve in my wildest dreams. The song rips so hard.

Guilty pleasure: I have no shame, except the shame of knowing I probably will never write any music that gets featured in the opening of My Hero Academia. I have listened to the album Well Below The Valley by Planxty repeatedly for 14 years. Frankly, if a song brings you joy, whether it’s “Old Town Road” by Lil Nas X or “Don’t Stop Believing” by Journey, other people, including myself, may hate it, but music is personal. Your medicine isn’t my medicine (and vice versa), but if it’s something that gets you through the day, it’s worth it. No shame, guilt or stigma should ever accompany your taste in music. You do you, boo. Unless that means using gamer words, in which case, do something else other than hurting my feelings! I’M NOT A BOOMER! STOP CALLING ME A BOOMER!