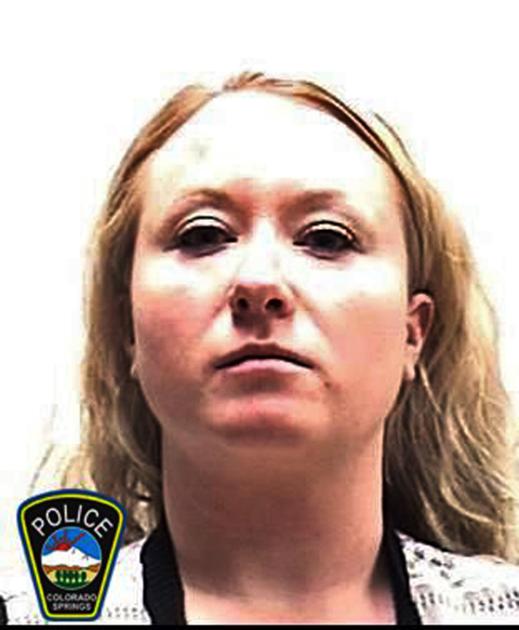 Patrick Frazee is headed to prison for the cold-blooded murder of his fiancee and mother of his daughter, but the mistress who did nothing to prevent it and willingly helped him — allegedly doing “everything but swing the bat” — will get a slap on the wrist.

That stinging critique — from a letter written by the mother of the victim, Kelsey Berreth, and read aloud at Frazee’s sentencing — underscored continuing anger over Lee’s plea bargain, which left her facing three years in prison but also eligible for probation.

Earlier this year, Krystal Lee, formerly known as Kenney, pleaded guilty to evidence tampering, admitting she traveled with Kelsey Berreth’s phone in a bid to make it seem like she was still alive.

Testimony at trial showed Frazee’s secret girlfriend also cleaned a blood-drenched crime scene and helped burn Kelsey Berreth’s body. In other potential crimes, she went along with three prior, failed attempts to kill her, according to testimony that helped secure Frazee’s conviction and, ultimately, his sentence of life plus 156 years.

She received a pass for all of it after leading investigators to evidence corroborating her story and poking holes in Frazee’s, making her pivotal to securing a conviction, said 4th Judicial District Attorney Dan May, who described the bargain as a “deal with the devil” that he wasn’t proud of.

Lee, who has no prior convictions, is expected to receive a sentencing date at her next court appearance on Dec. 2 in Cripple Creek. Teller County Judge Scott Sells can send her to prison for three years if he finds aggravated circumstances.

Her sentencing is certain to bring the spotlight back to Teller County, which was mobbed by national media at points during Frazee’s three-week trial, drawing scrutiny for its vivid descriptions of Berreth’s beating and lingering tensions between Berreth’s and Frazee’s families who are engaged in a custody battle for the couple’s daughter.

Despite the controversy, plea agreements — even generous deals — are hardly uncommon in local courts.

What May called “a deal with the devil” happens nearly every day in El Paso and Teller counties, where the vast majority of criminal cases end in negotiated settlements. By holding out the promise of reduced sentences, prosecutors secure convictions, ease crowded dockets and bolster their cases with new evidence obtained through the deals.

Lee’s deal appeared sweeter than most, veteran attorneys say, an indication that the prosecution had run aground.

Prosecutors also sweeten their deals when multiple people work together to commit a crime, then promise each other their silence — a bulwark that can be tough to pierce.

“Sometimes it’s they don’t have anything else and this is their long shot — this is what they got to put all their eggs in this basket for,” said Tracey Eubanks, a Colorado Springs criminal defense attorney. She’s seen clients spared by plea deals, but also sunk by them, as when an alleged accomplice turned state’s evidence and took the stand against them.

But forced cooperation can have mixed results, raising questions about the informer’s motivations and veracity, as evidenced by the withering cross-examinations in the Frazee trial, .

Phil Dubois, a Colorado Springs attorney who has practiced law nearly 40 years, recalled the first case he argued in federal court — that of a man facing drug and firearms charges.

“He (the informant) sat and told me, ‘I don’t know why anybody believes anything I say. I’m a criminal,’” Dubois said. “And we were still convicted.”

Prosecutors address credibility issues head on, and appear to have the advantage in overcoming jurors’ doubts.

“I do not remember a case — certainly not for the last 20 years or more — in which the credibility of the snitch was so low that the jury just said ‘Nope, we’re acquitting,’” Dubois said, adding “In my opinion, jurors just figured that’s the way business is done — it’s OK with them.”

And informers always minimize the perks they receive and claim “it was the right thing to do,” he said, as both Lee and a jailhouse informant at the Frazee trial did.

In cases with multiple defendants and just one plea deal, the race goes to the swift, Eubanks said.

“Sometimes it’s who gets to them first,” Eubanks said. “And they don’t always take into consideration what’s fair,” she added.

“I think juries in today’s world — where everything is videotaped and memorialized and there’s some digital footprint everywhere — I think juries want that physical evidence to corroborate testimony, any type of testimony.”

That was no different in Cripple Creek.

At Frazee’s trial, prosecutors relied on a cocktail of tipster-fed testimony and surveillance data that, had either been presented without the other, may not have led to a conviction.

Until Lee came forward, investigators testified they had essentially no case against Frazee.

A search of Frazee’s property a few days before Lee’s involvement came up empty. Several dogs trained to discover human remains found nothing. And investigators said they found no evidence of any previous burn pile — past or present — anywhere on the 40-acre ranch.

Investigators found new evidence in all those locations after interviewing Lee, along with discovering a blood stain under floorboards in the living room, fireplace, a baby gate and high on a wall in Berreth’s townhouse.

In several instances, Frazee sought to outwit surveillance cameras operated by businesses and neighbors — only to get snagged by cellphone signals that mapped his whereabouts.

A surprise witness at trial, a fellow Teller County jail inmate, said Frazee asked him to use his prison gang connections to kill Lee and most of her family.

Such testimony could be hard to swallow — except that the informer brought 17 handwritten notes that appeared to be in Frazee’s handwriting, supplying his own corroboration.

“If you write it down, it’s forever,” Dubois said.

The decision to accept a plea deal in exchange for testimony can be a complicated one.

It can shave off decades of potential prison time, but occasionally comes at great personal risk, said Eubanks, the defense attorney.

“It makes for a long sentence if you’re there on a snitch case where everyone’s aware, it’s a high-profile case and you’ve ratted someone out,” Eubanks said. “It’s just like the movies, really. They can definitely suffer serious bodily harm.”

But Lee benefited from a deal “almost unheard of” for its perks, Eubanks said.

One of Eubanks’ clients, Jordan Ellis, was convicted in 2012 a deadly gang shooting in Colorado Springs, bolstered by testimony from a friend who received immunity for taking the stand.

The cooperator who was spared charges, ex-Fort Carson soldier A.J. Nelson, was later convicted in a grisly murder in Eugene, Ore., in which he and another man pounded a crossbow bolt into a man’s head before dismembering him in a bathtub — fueling new questions about his honesty in the Ellis prosecution.

Nelson was sentenced in 2016 in Oregon to life in prison.