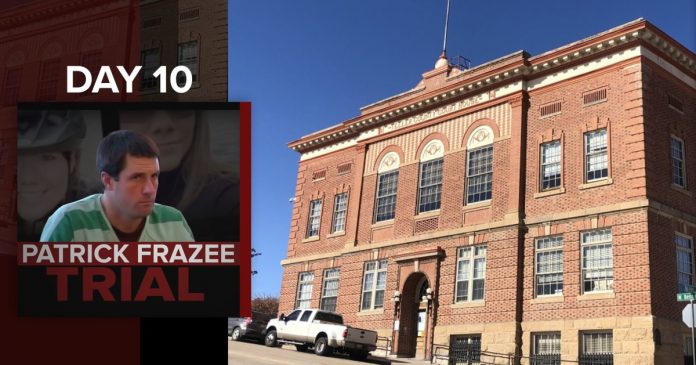 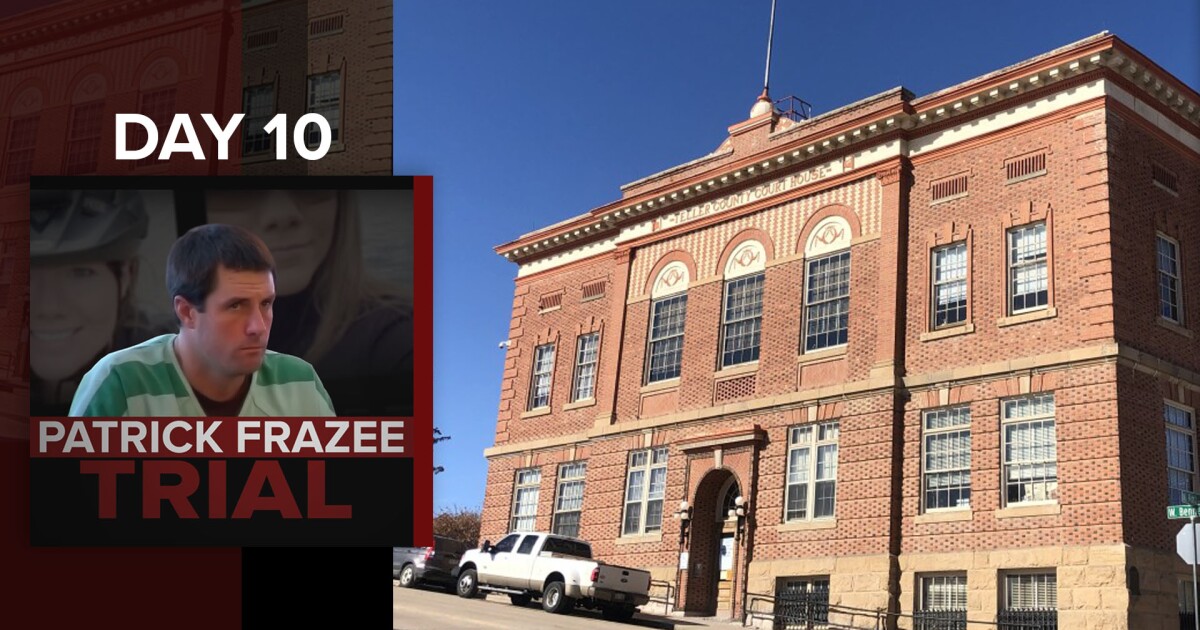 CRIPPLE CREEK, Colo. — On paper, Friday is expected to be a big day in the Patrick Frazee murder trial — the prosecution will likely rest their case, the defense will bring up their witnesses and both sides could present their closing arguments.

Whether all three of those aspects of the trial are completed by the end of the day will depend on how quickly attorneys interview and cross-examine the remaining witnesses.

Frazee, 33, of Florissant, is accused of murdering Kelsey Berreth, his 29-year-old fiancée, on Thanksgiving Day 2018 in Woodland Park. He is also accused of soliciting Krystal Lee Kenney, an Idaho resident whom he had dated, to help him carry out the murder.

He faces eight charges, including first-degree murder, tampering with a deceased body and solicitation. While he pleaded not guilty to the charges, Kenney took a plea deal, pleading guilty to a tampering charge and agreeing to testify at Frazee’s trial. You can read about her testimony here and here .

READ MORE: Timeline of events leading up to, after Kelsey Berreth’s death

Prosecutors decided in July to not file a motion in pursuit of capital punishment, meaning Frazee will not face the death penalty in this case if he is found guilty.

Prosecutors said they had a couple more witnesses to bring to the stand Friday morning, though it’s unclear who they may be. The defense has not yet brought forward any witnesses but is expected to do so after the prosecution rests. It was unclear if Frazee will testify.

On Wednesday afternoon, both the prosecution and defense said they expected to be done by Friday afternoon. When Judge Sells asked how much time they’ll need for closing arguments, prosecutors requested 30 minutes and the defense said an hour. The judge said both sides will get an hour.

If the court reaches 5 p.m. before both sides rest, the closing arguments will get pushed to Monday morning.

There is no deliberation planned for the weekend.

This page will be update throughout the day. Check back for new information.

READ MORE: All Denver7 coverage on the killing of Kelsey Berreth, trial of Patrick Frazee

Live tweeting and live reporting is not allowed in the courtroom, per a court decorum. The trial is expected to last three weeks.