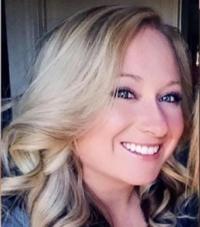 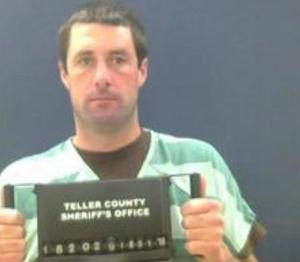 And the former inmate claims he has the letters to prove it.

Surprise witness Jacob Bentley testified that Frazee wanted Lee and other potential witnesses dead and asked Bentley to use his gang connections to get it done. Bolstering the allegation are 17 handwritten notes, most on napkins.

“I’ve never been a criminal, but all this planning and talking gets my blood flowing,” Frazee allegedly said in one of them. “If I walk out, you and me could pull off all kinds of s—.

“I’d really like to see Krystal with a bullet in her head.”

The notes appear to be Frazee’s handwriting, according to a Colorado Bureau of Investigation agent who read them into the record Friday — an eleventh-hour bombshell at Frazee’s trial on allegations he murdered his fiancee Kelsey Berreth.

The explosive new claims landed as prosecutors sought to put an exclamation point on their case. The prosecution rested moments later after 10 days of testimony and dozens of witnesses. Closing statements are expected Monday.

Bentley was a late addition to the witness roster, and Judge Scott Sells permitted his testimony over an objection by the defense.

Bentley and Frazee were in adjacent cells at the Teller County jail for about two weeks starting in late September. Frazee noticed a tattoo beside the other man’s eye, and asked if he had prison gang ties.

In the notes, the writer maintained his innocence — saying he wasn’t the “monster” he had been made out to be — and said Lee had been coached to lie to put him in prison.

“Only thing better would be if Krystal sent someone a ‘text’ from her home confessing and telling the truth that I didn’t have anything to do at all (with it),” another note said.

Frazee allegedly promised to help Bentley bond out of jail in exchange for his assistance.

And he promised riches to the hit men interested in taking out other key witnesses and robbing them of their belongings.

Among other potential targets named in court were Lee’s father, her siblings, a friend and her ex-husband. Frazee also proposed eliminating Joseph Moore, a longtime Frazee friend who considered himself like a stepfather to Frazee, and who took the stand against him earlier in trial.

“They all need to disappear unseen until at least Nov. 22, after the trial,” Frazee allegedly wrote. “Help! Help! ME PLEASE! I repay however. My life and my little girl’s life depends on you!”

The letters included at least nine names, occasionally with descriptions of their height, weight, hair color, age and town of residence.

“How gangster will you get?” another note asked.

Under searing cross-examination, Bentley acknowledged coming forward to get a plea deal in his pending legal cases — viewing the letters as his “ticket.”

And while no plea deal was granted, prosecutors seemed open to cooperating with him.

They promised to combine several of his pending legal cases into one, Bentley said, and to ask members of the media not to report his name, due to concerns about his prison gang affiliations.

Bentley also acknowledged he had previously been facing a felony burglary charge that would have netted him up to 30 years in prison. That charge, which is still pending, was recently dropped to misdemeanor.

The attorney asked: Despite still being in jail, didn’t Bentley just watch an hour-long, “48 Hours” television program on Frazee’s case a couple weeks ago? And didn’t Bentley just testify in another case about a man facing murder solicitation charges?

Scrambling to recover, a prosecutor pointed out that several of the people mentioned in the notes have never appeared in media reports of Frazee’s case.

And questioned further, Bentley claimed his motives changed for taking the stand: “It just seemed like the right thing to do.”

Frazee, 33, is accused of fatally beating Berreth, 29, on Thanksgiving Day 2018 and calling on his mistress in Idaho to come to Colorado and help cover it up.

If convicted, he will be sentenced to life in prison without the possibility of parole.

Friday’s bombshell testimony came as prosecutors sought to tie up other loose ends in their case.

Earlier in the day, a blood expert testified that blood at Berreth’s townhouse suggested Frazee could have swung at her 15 times or more with a baseball bat.

Although authorities found tiny blood spots around the living room — including on a baby gate and the fireplace — the staining in the floorboards was created by a vicious attack, he said.

“To create this stain, that requires a significant blood source in order for the blood to flow in there,” blood pattern analyst Jonathyn Priest testified. “This is more than a drop of blood. This is a lot of blood.”

Prosecutors also played a video of Lee — formerly known as Krystal Kenney — inside Berreth’s condo, pointing out all the blood she found and wiped up.

Her testimony earlier this month proved vital as the prosecution’s most critical witness.

In gripping detail, she relayed Frazee’s alleged confession, in which he said he covered Berreth’s head with a sweater and asked her to guess the scent of a candle before beating her — all while their toddler daughter was in a back storage room.

She related how she used bleach to clean blood spatter from the floor and walls in Berreth’s Woodland Park townhouse before helping Frazee transport her remains to his home.

Lee said she also participated in an elaborate ruse in which she and Frazee sent text messages from Berreth’s phone to make it look like she was still alive, days after her Thanksgiving Day disappearance.

Lee tearfully claimed she went along with the cover-up plot out of fear of Frazee. She said that she owed the Berreth family the truth.

She has pleaded guilty to evidence tampering and faces up to three years in prison. She is expected to be sentenced sometime after Frazee’s case concludes.

Her account made her a prime target for the defense, which pummeled her with insinuations that she invented a “story” implicating Frazee after investigators linked her to Berreth’s missing phone.

Given the opportunity on Friday to go on the offensive, Frazee’s public defenders deferred.

And for the first time in 10 days of testimony, Frazee himself spoke — telling the judge he wished to remain silent and not take the stand.

Moments later, his attorneys rested their case without calling a single witness.

The Gazette’s Lance Benzel contributed to this report.