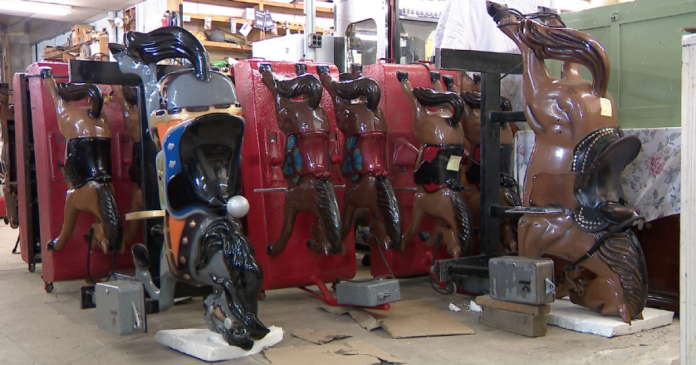 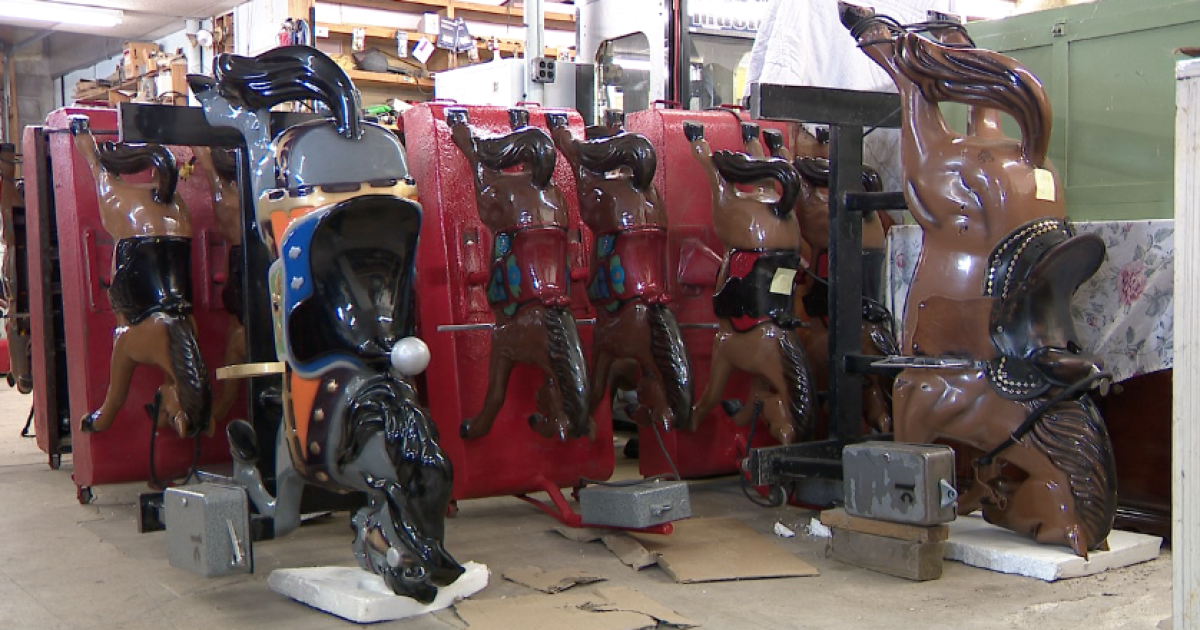 STERLING, Colo. — For four generations, one family has owned and operated the penny riding horses found at each King Soopers grocery store. Now, they’re trying to save their family business after the grocery chain decided to pull those horses out of their stores indefinitely.

“It was a shock,” Andy Bennet, owner of those horses, told Denver7.

Bennet operates Roundup Music Co., which has leased out juke boxes, pinball machines, and more out of Sterling for decades. The main source of income for that business is their fiberglass fleet of carousel-style riding horses.

“They just don’t exist anymore except for the King Soopers that I’m aware of,” Bennet said.

The horses, which only cost a penny to ride, have been in those stores since the 1940s.

“My father-in-law put one in the very first King Soopers store,” second generation owner of the family business Harry Heaston said. “Whenever they’d open a new store they’d call me and say we can’t open the store until we get the horse ride in there.”

That business has grown to include a riding horse in each of the more than 120 King Soopers stores across Colorado.

“A pretty simple little thing that brings a lot of joy to a lot of kids,” Bennet said.

The family doesn’t collect the pennies, instead they rent the horses to the stores for a small monthly fee. That is, until recently, when King Soopers decided to pull the plug on that agreement and pull the horses out of their stores.

“At this time we’ve been told they’re going to be pulled out indefinitely,” Bennet said.

The family is now in the process of removing the grocery store staples, stacking them in their Sterling workshop. So the crusade is now on, on social media, to save the family business. The Facebook page ‘Save the King Sooper’s Penny Horses’ has hundreds of likes.

“We really hope that we can get some word out there and maybe reconsider and just realize what they do mean to people and the kids,” fourth generation family member Alton Brent said.

The alternative is to find another store home for the horses. If not, the family may have to resort to their last resort: selling the antique horses off.

“I do not want to leave these horses sitting in the warehouse to rot away when they could be out bringing joy to little kids,” Bennet said.

“It’s not like you’ve got a cash cow or a cash horse to say,” Brent added. “It’s about the experience that it gives to people.”