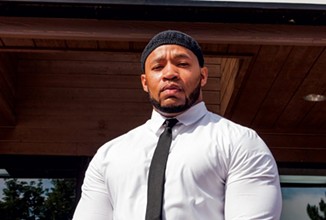 As the director of Colorado Springs Works, Juaquin Mobley works to transform crime prevention and anti-recidivism efforts in Southeast from The Community barbershop.

The work — which involves everything from career preparation to cognitive behavioral therapy to acupuncture to something called Drug Dealers Anonymous — aims to “enrich our communities and reestablish our greatness and confidence,” he says.

Mobley says those efforts have helped reduce recidivism (the percentage of offenders returning to jail or prison) among his program’s participants to 1 percent, compared with the state average of nearly 50 percent.

They’re made possible in part by the work of state Sen. Pete Lee, a Colorado Springs Democrat who’s pushed for criminal justice reform at the state Legislature. A bill that Lee sponsored as a state representative in 2017, titled Justice Reinvestment Crime Prevention Initiative, reduced the amount of time inmates can serve for technical parole violations.

With the money saved, the bill created the Transforming Safety grant program to fund efforts designed to keep people out of the criminal justice system in Aurora and Southeast Colorado Springs. Colorado Springs Works, a chapter of the nonprofit Community Works, received a $193,000 grant in 2018.

Mobley and Lee came together Nov. 19 for an event at Colorado College titled “From Incarceration Nation to Opportunity for All.”

Lee began by discussing his work in restorative justice. That includes sponsoring five bills aimed at diverting people from jails and prisons and reducing recidivism — in part by fostering dialogue between offenders and their victims.

Restorative justice can “transform our criminal justice system from one of retribution and punishment to one of responsibility, accountability, restoration and healing,” Lee said.

That includes El Paso County District Attorney Dan May, Lee said, who sends more people to prison than any other judicial district in Colorado.

But Lee pointed to Mobley’s efforts in Southeast as a successful example of finding community-based solutions to crime that don’t include incarceration.

Mobley has his own history in the criminal justice system.

Serving years in prison for a 2006 armed robbery showed him that crime was a “community issue,” and inspired him to make a difference.

“You have to understand that the kids I grew up with were equally as ambitious as Mark Zuckerberg, Jeff Bezos, but without a community that knows how to support that unbridled ambition, that ambition can turn toxic for us,” Mobley said. “So we start looking for other avenues … to become entrepreneurs or become the next Mark Zuckerberg.”

Colorado Springs Works, along with a sister chapter in Aurora, hopes to “restore vitality to these neighborhoods that have been discarded and referred to as hopeless and incorrigible.”

Mobley’s team does that not only through teaching “hard skills” through career preparation programs, but by providing emotional healing through therapy and acupuncture. It also finds ways to work directly with the community.

For example, the “Drug Dealers Anonymous” program provides a way for participants to apply skills they may have gained through selling illegal substances to instead selling bowties and T-shirts in the community. And The Community barbershop holds public events such as cornhole matches, art therapy and Cypher Saturdays, an open mic-style event for rappers, singers and poets.

“Overall, we help remove all barriers and impediments that are placed in a participant’s path to greatness and redemption,” Mobley said. “…Our methods will enrich our communities and reestablish our greatness and confidence.”