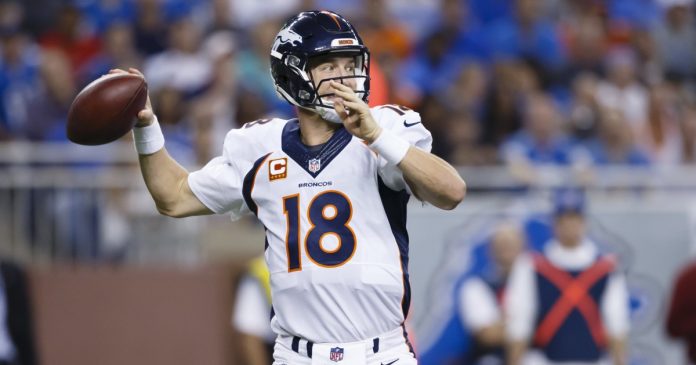 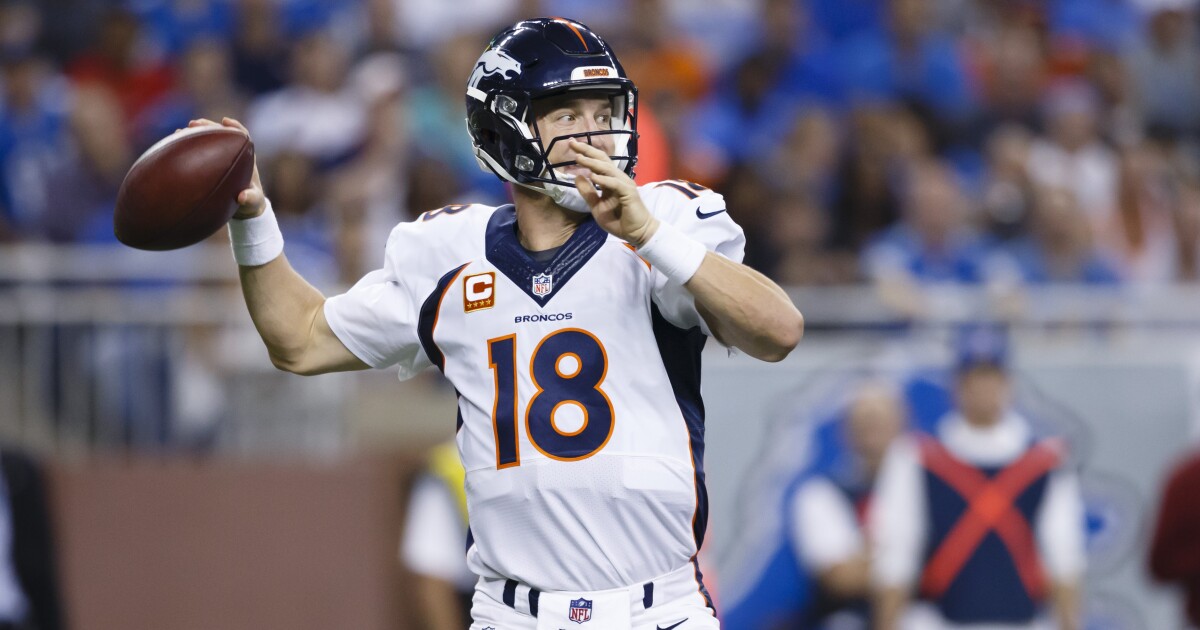 DENVER — Peyton’s Place is in now in the Hall of Fame.

Voters elected the former Broncos star on the first ballot, as one of the greatest quarterbacks ever joins the immortals in Canton.

“My wife Ashley was really the quarterback behind the scenes on all this. I really appreciate so many people, family, friends, that have all been part of my journey,” Manning said in the Hall of Fame’s reveal. “It’s a special day I will remember.”

For Manning, the only thing that stood before his entrance was the required five-year waiting time. His resume drops jaws, and requires a calculator to appreciate. He threw for thousands of miles — 71,940 yards to be exact– an endless stream of touchdowns (539), while using the record book as his personal diary.

Former Broncos and Buccaneers Pro Bowl safety John Lynch joined Manning. Lynch, a Broncos Ring of Famer, has teetered close to election as an eight-time finalist before breaking through Saturday in Tampa Bay where he led a team to a Super Bowl win.

“I am humbled and honored,” Lynch tweeted.

There was never a doubt regarding Manning. The former Tennessee legend revolutionized the position with his brains over brawn approach. Perhaps no one was better at the line of scrimmage at dissecting defenses, audibling — often with the word Omaha — and taking advantage of a defender’s slightest misstep or hint. Manning is the only quarterback to start and win Super Bowls with two different teams — the Colts and Broncos — a mark that Tom Brady will attempt to match on Sunday against the Chiefs.

Manning could roll out of bed and win 12 games every season.

Manning’s value in Denver has grown following his last game. The Broncos own a 23-41 record since he retired, and have not reached the playoffs, the first team in NFL history to miss the postseason five consecutive years after winning the title. During the regular season, Manning posted a 45-12 record in Denver, winning four AFC West titles, advancing to a pair of Super Bowls, while setting a record for consecutive division road wins.

Manning will always be known for two things in Denver: his 2013 season and his triumphant exit.

In 2013, Manning set the NFL single-season record with 55 touchdown passes, beginning on opening night with seven in a rout of the defending-champion Ravens. In his final season with the Broncos, he struggled with clumsy performances and uncharacteristic interceptions. He finally left the lineup late in the season against the Chiefs after suffering plantar fasciitis his foot. Backup Brock Osweiler went 5-2 in his absence, but ugly losses to the Raiders and Steelers created concerns for the team’s postseason viability.

In the final regular season game, with homefield advantage in the playoffs at stake, Osweiler and the offense fizzled with five turnovers.

Something was missing — Manning, the only five-time MVP in NFL history.

He jogged onto the field straight from central casting.

“The first thing he said in the huddle was no more (bleeping) excuses,” running back C.J. Anderson told Denver7 this week. “That just set us straight right there. It was time to get our (bleep) together.”

On the first play, Manning called an audible — something missing throughout the game. The Chargers were expecting a run, but Manning guided it into the opposite direction.

“I knew right then that we were going to be fine,” tackle Ryan Harris said.

The Broncos won, then Manning found the blueprint for the postseason. Make a couple of big plays — and protect the football. It led to wins over the Steelers and Patriots, setting up a Super Bowl 50 matchup against the heavily-favored Carolina Panthers. Manning did just enough to keep the Panthers honest, then turned to the run game and let the Orange Rush defense smother Carolina. As such, Manning ended his career as a champion, joining John Elway to accomplish the feat.

“Congrats, Peyton,” Elway tweeted. “Your legacy will never leave this game. I appreciate all you did for the Broncos, the way you worked and the way you competed. We could have not have done it without you!!”

In true Manning style, where no detail is too small, Manning called several former Broncos once he learned of his Hall honor two weeks ago, among them Von Miller, his starting receivers and offensive coordinators.

Lynch earned nine Pro Bowl berths. Only Ken Houston (10) had more among safeties all-time. Lynch carved out a reputation as a cerebral player and vicious hitter.

The Broncos will be well-represented at Canton next summer as Atwater will go in on one day — his ceremony was scrubbed last summer because of COVID-19 — followed by Manning and Lynch. After going overlooked for decades, the Broncos own a unforgettable footprint in Canton. The Broncos inducted include: John Elway (2004), Gary Zimmerman (2008), Floyd Little (2010), Shannon Sharpe (2011), Terrell Davis (2017), Champ Bailey (2019), Pat Bowlen (2019), Atwater (2020), Lynch and Manning. And no franchise has more Hall of Famers (six) over the last five years.

COVID-19 willing, Canton will be splashed in orange and blue this summer.

“I don’t expect a personal invite from Peyton,” Anderson said with a chuckle. “But he better mention me in his speech.”