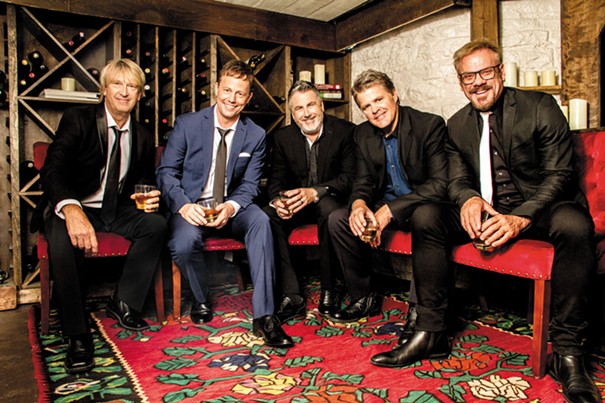 From the banjos and fiddles of 1920s hillbilly music to the electric guitar-wielding Brad Paisleys of today, country music has always been a string-driven genre, and that’s especially the case with acts coming out of Nashville. But Phil Vassar, like Charlie Rich before him, is a rare exception to the rule. “I’m a piano player, so I’m lucky I made it at all in Nashville,” he recently told Songfacts, “because they don’t like piano players so much.”

But Nashville did come to like Vassar, especially after he was named ASCAP’s 1999 Country Songwriter of the Year. Suddenly, the composer of hits for other artists, including Alan Jackson’s “Right on the Money” and Tim McGraw’s “My Next Thirty Years” was able to write his own ticket in Music City USA. He signed a recording contract with Arista Nashville and was soon scoring his own No. 1 hits with “In a Real Love” and “Just Another Day in Paradise,” an almost painfully positive song that bears zero resemblance to the Phil Collins hit of the same name.

Vassar also took to the road with his piano-pounding stage act, which continues to fill sizable venues to this day. For his current tour, country music’s most prominent piano man will be backed by fellow Nashville platinum act Lonestar for an undeniably upbeat evening of country-pop originals, Christmas standards and, of course, their own seasonally appropriate “Not So Silent Night.”