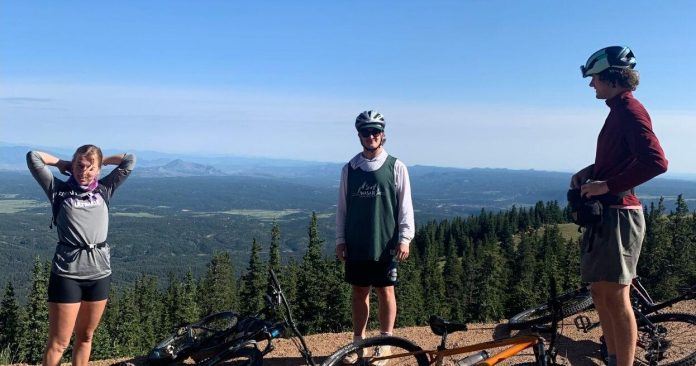 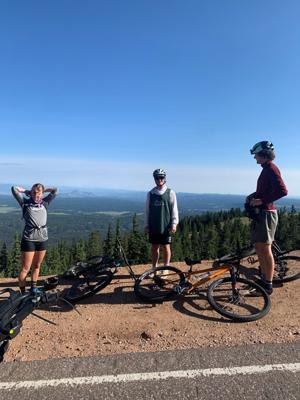 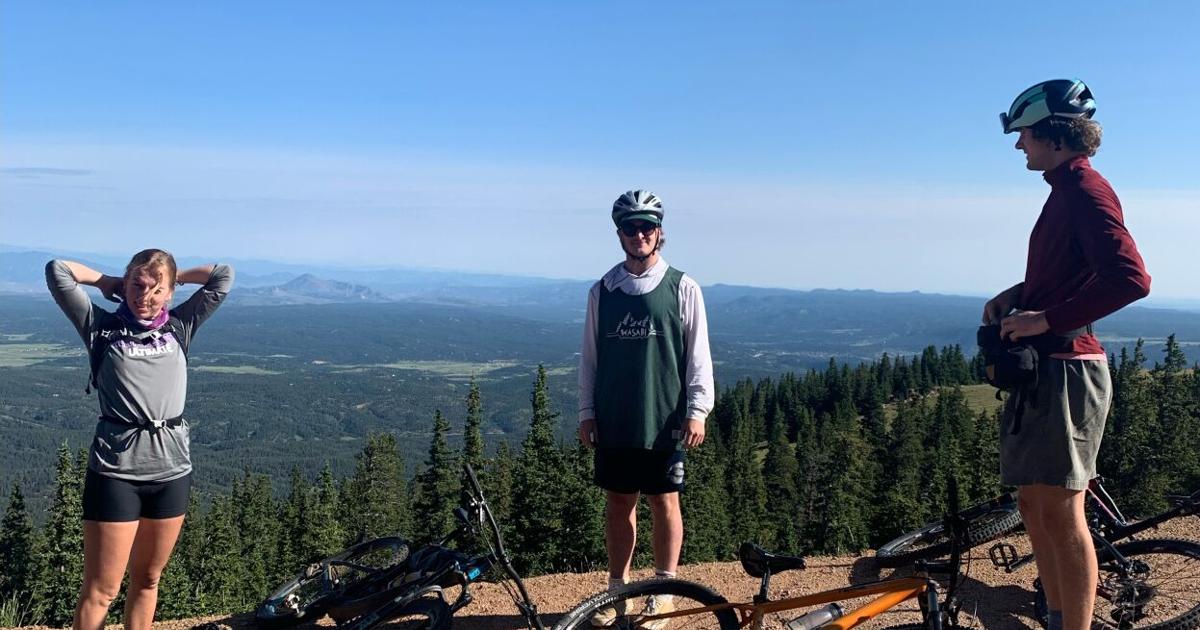 If the world was all but flat, if the tallest mountain on the planet had about 30 feet of vertical, there’d be some guy named Brody with a camera strapped to his chest ready to hurl himself down it on a bicycle. The YouTube video would be titled in all caps, punctuated by two to six exclamation points and shot in 4K.

Pikes Peak is a monster of a mountain: America’s. From her 14,115-foot summit, she boasts a whole lot more than 30 feet of vertical.

About 7,000 feet of vertical come with a trail series some call the Pikes Peak Plummet. A popular mountain biking route, it involves about 1,000 feet of elevation gain over roughly 26 miles. Different platforms report varying stats, hence the wishy-washy rhetoric, but the numbers are impressive enough that many Brodys, and folks of a similar ilk, have endeavored to roll down her.

Online overviews herald the Plummet as “epic,” “expert” and “a true adventure ride.” I wanted to ride it because it was there.

Put simply, it’s me. I am Brody, minus the camera.

Biking down Pikes Peak is a half-baked longing I’ve harbored since my first year at Colorado College, when I knew absolutely nothing about anything. Hailing from New Hampshire, that blessed Granite State, our mountains are slightly more mild than the ones out here. You folks have the 14ers; we have 4,000-footers.

To be clear, it is much more impressive to bike up Pikes Peak and then, perhaps, down. I considered doing this. I thought long and hard about it. I did the math, calculating the bagel I eat every morning, dividing that by the wee hour at which I go to bed each night, and finding that the numbers were not in my favor.

Down, I decided. Enough for a story, but not nearly enough to garner respect. That’s my sweet spot.

As for my fated Pikes Peak Plummet, ill-advised plans arose year after year, only to be dashed by snow or ice or a really killer hangover. Finally, this summer, after several cancellations and a rotating cast of characters — Ruby had a last-minute business trip, Will was struck down by tequila — a motley crew set out at 7:30 a.m. July 31.

There are two routes that mountain bikers typically use to descend Pikes Peak. One is the Plummet, the other is Barr Trail. We settled on the Plummet for three reasons. Henry, the best rider in our group, had ridden it, which was comforting. Plus, the Plummet route overlaps with Barr Trail for less than a half-mile, which means less disruption of hiking activity. Finally, I figured I should write about the reportedly most popular route down the mountain, not the runner-up.

The Plummet route is composed of nine blue and black trails. The surface is mostly granite pea gravel, especially along high-elevation sections, which can make for tricky riding, particularly if you deviate from the narrow strip of well-packed trail.

Our trio dropped in at Elk Park, which proved to be my favorite section of the route. Several steep, technical in-forest sections interact beautifully with low-grade and open-sky traverses. Almost 2,000 feet of descent over 5 miles makes for some beauteous early morning riding.

The order went like this: Henry, wearing his jorts over his bike shorts, didn’t break a sweat for the duration of the ride. I followed, chugging along in his wake, my entire ponytail soaked. Gordon, using tip-to-tail borrowed gear, stoically brought up the rear.

A note on me as a biker: I’ve been doing it since I was 10. My parents bought me my precious Rocky Mountain Thunderbolt when I was going into eighth grade. “This,” they said, “is the last bicycle you will ever get on our dime.” That was eight years ago now, maybe nine, and she has been profoundly faithful. Two busted derailleurs and a host of miscellaneous repairs later, she’s still kickin’.

I do not believe in jerseys or coordinated outfits. It took me a long time to get behind gloves, a bit longer to adopt CamelBaks. I wear duct-taped biking shoes and I drool on downhills, like a dog with its head out the car window. I’m a good biker, not a great one, and I don’t look pretty doing it.

That visual established, our trio had a great time riding the Plummet; I hiked a few sections, Henry maybe one, Gordon a couple of more. Blood was shed, though in limited and manageable quantities.

We politely skirted hikers during the short stretch we shared on Barr Trail and hung right onto Lake Moraine Trail, which I like to call “The Uphill.” About 1,000 feet of elevation gain over 4 miles is a small price to pay for more than 20 miles of downhill, but it had me sweating bullets nonetheless.

We ended up biking home, coasting down Gold Camp Road and through downtown, finally stopping at a 7-Eleven for some Gatorade and ice cream sandwiches.

I was struck, sitting raggedly on my porch post-ride, by the surprising accessibility of the Plummet. Gordon, Henry and I run the gamut of mountain biking experience, yet we all came happily out the other side of this ride.

Granted, this route is not to be taken lightly. All three of us were flattened after three or four hours of intensive riding. And, sure, experience correlated to time spent in the saddle — less meant more hiking your bike over uncomfortable sections — but as a rule, and with the proper equipment, the Plummet is doable for a wider range of riders than I expected.