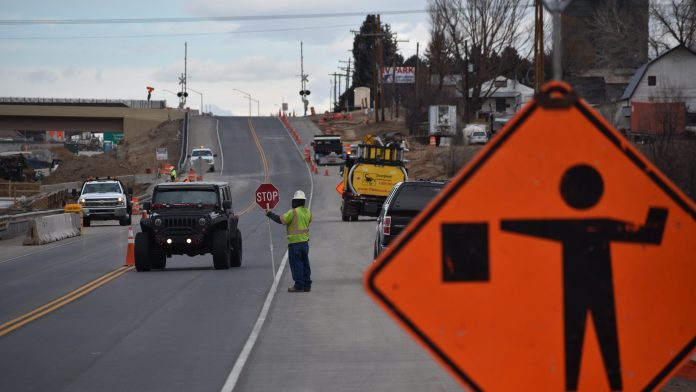 Despite giving drivers leeway speeding through the North I-25 Express Lanes Project construction zone, Fort Collins police still issued 13 tickets in 90 minutes one day last week, including to one driver who was clocked at 102 mph.

Brandon Barnes, Fort Collins Police Services traffic division officer, said the number of citations was significant given the patrol was only working from 10:30 a.m to noon Jan. 12 — not exactly a busy travel time — and that drivers were only issued tickets if driving 15 mph or more over the 65 mph speed limit.

“At the end of the day, we all want to go home safely,” Barnes said. “If you are one of those construction workers and you slip or fall and you have people driving 80 to 102 mph past you, let alone 65 mph, their reaction time isn’t likely going to allow them to avoid a crash.”

Barnes said Colorado State Patrol usually patrols the section of Interstate 25 near Prospect Road but that state patrol resources were spread thin and law enforcement wanted to slow traffic in the area. Fort Collins police have criminal jurisdiction of the area, Barnes said.

The North I-25 Express Lanes Project runs about 19 miles from Colorado Highway 56 (Berthoud Exit) to Colorado Highway 14 in Fort Collins. The normal speed limit for that stretch of I-25 is 75 mph. However, since the project kicked off in September of 2018, speed limits have been changing along sections as concrete barriers squeeze lanes where the number of workers and intensity of the work increases.

Currently, the speed limit is 65 mph through the 19-mile stretch except for between Crossroads Boulevard and U.S Highway 34, where it drops to 55 mph due to heavy construction.

Signs indicating the speed limit, presence of workers and that fines are doubled in work zones can be found frequently along the busy interstate.

Since late fall, construction along the stretch from Harmony to Prospect roads has increased, as crews start rebuilding the Poudre River bridge just north of the Harmony Road interchange.

And north of there, crews are starting work on moving the two state ports of entry a half mile south of their current locations just south of Prospect Road and working to finish the northern half of the rebuilt Prospect Road bridge and its interchange with I-25.

The $750 million project to add a toll lane in each direction, expand and renovate interchanges and bridges, and improve multi-modal transportation is expected to run into 2023.

“We know it’s a long stretch but we are asking people to slow down and obey the speed limit for the safety of everyone,” Barnes said.