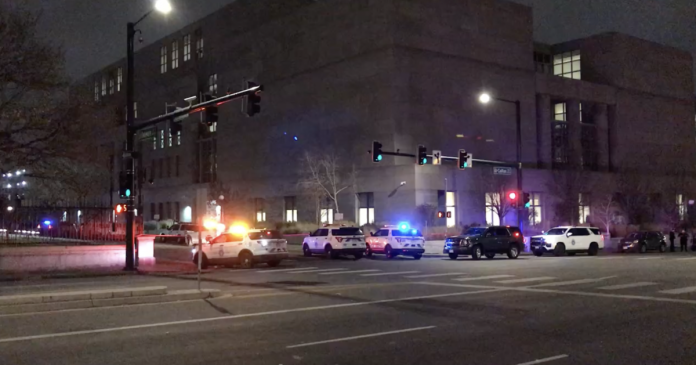 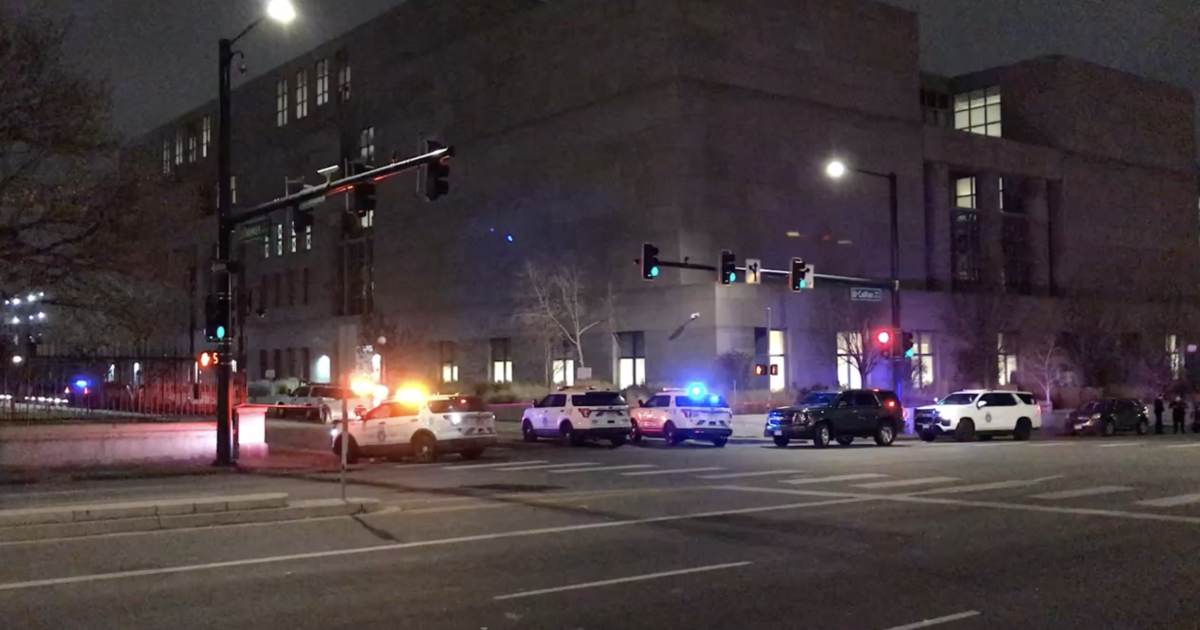 DENVER — A handcuffed suspect in the backseat of a Denver police vehicle accessed a gun and shot an officer in the neck while in the sally port of the downtown jail, Denver Police Chief Ron Thomas said during a press conference around 1:30 a.m. Tuesday.

The incident began around 9 p.m. Monday when Denver officers spotted a stolen vehicle in the area of Perry Street and Arkansas Avenue in southwest Denver.

Thomas said the driver eluded authorities, then stopped a short time later at Iowa Avenue and Lowell Boulevard. An adult male walked away from the vehicle and was detained by officers.

The officers confirmed the vehicle was stolen and took the man into custody, according to Thomas. Officers searched the suspect and found a handgun as well as a “large quantity” of suspected narcotics, Thomas said.

The suspect was placed in the backseat of a police vehicle and taken to the Downtown Detention Center, arriving at 11 p.m., according to the police chief.

The officers parked in the sally port of the Downtown Detention Center. According to Thomas, as authorities were removing the suspect from the back of the police vehicle, the suspect, who was handcuffed, accessed another weapon and shot an officer in the neck.

Other officers were in the sally port at the time. At least one officer returned fire, striking the suspect multiple times, according to Thomas.

Both the injured officer and suspect were taken to Denver Health Medical Center.

The officer “has a good prognosis” with non-life-threatening injuries and is in “very good spirits,” Thomas said. His wife and mother are by his side.

The suspect is currently listed in critical condition, according to the police chief.

Thomas said an investigation into the incident is underway. At this time, investigators believe the second weapon was concealed somewhere on the suspect’s person, according to Thomas.

The police chief said all involved officers have been on the force for at least seven years.