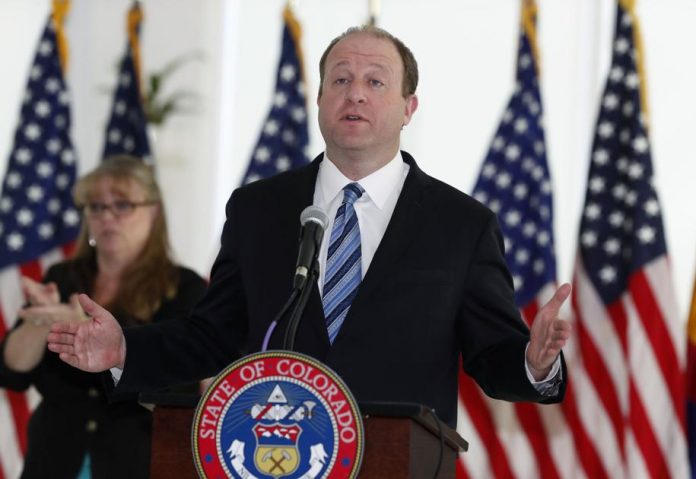 Gov. Jared Polis’ administration charged $1,290 to journalists for records about how the state emergency operations center the governor established responded to the unfolding COVID-19 crisis.

The Polis administration wants another $480 to make available records detailing Polis’ plans for providing additional ventilators to hospitals and how to conduct mass testing for COVID-19 virus infection.

Meeting minutes of the Innovation Response Team, a group of high-level tech entrepreneurs advising the governor, haven’t been made available 10 days after The Gazette requested them.

The Gazette’s efforts to report details of the state’s COVID-19 response and provide that information for the public have been thwarted because officials at state agencies were charging large fees for public records or were slow to make information public. If the fees and delays continue, the public may not have vital information about the virus and how to avoid infections, and how the state government is responding to it.

State officials say they’re charging any individual who wants to view the records what it costs to produce them.

Jeff Roberts, executive director of the Colorado Freedom of Information Coalition, said the difficulty The Gazette is facing in obtaining public records shouldn’t be occurring as the state struggles to respond in a timely way to a devastating pandemic that has killed more than 400 people in Colorado.

Roberts forwarded a letter to Polis on April 10, signed by the leaders of more than 60 journalism organizations in the state, asking the governor to urge local and state officials to respond to public records requests about COVID-19 issues as soon as possible and have state and local officials waive or reduce research-and-retrieval charges.

“We think we’re in a situation where journalists and the public shouldn’t have to be making open records requests to find out what is happening with the pandemic,” Roberts said. “Data should be released proactively.”

He added that if records requests are required, then barriers to obtaining those records should be minimized as much as possible.

“As much meaningful information as possible should be released to the public and in a way that is easy for the journalists and the public to obtain,” Roberts said. “There should not be cumbersome open records requests and high fees.”

Coronavirus now a leading cause of death in Colorado

The state has begun to release some detailed COVID-19 data after pushing from news organizations. State officials last week made public COVID-19 outbreaks and deaths in nursing homes after weeks of complaints from journalists that they found it difficult to track the information. State officials about two weeks ago released modeling on the local spread of the virus from a task force of researchers, mathematicians and physicians that is guiding state response. Demographic data on COVID-19 deaths also has been released by the state.

But in response to specific recent requests by The Gazette, officials at state agencies have said they will only release the information upon payment of large fees In some instances, the records could shed light on decisions that can be the difference between life or death.

Blumberg reported in one blog post that the federal government’s national stockpile of medical equipment was failing Colorado. “They send us 60,000 masks and Colorado is using 68,000/day,” he wrote April 1.

In another blog post, on activities at the Innovation Response Team from March 22, his fifth day leading the team, Blumberg wrote: “One staffer says it’s maddening that the scientists can’t tell the governor what he gets for driving the economy into the ditch … the thing that kills him is that 300,000 people are out of work and they can’t tell him what that got us.”

Blumberg has since handed over leadership of the Innovation Response Team to Sarah Tuneberg, who founded Denver-based Geospiza, a firm that evaluates data to guide environmental disaster response. Among her first worries: “morgue surge capacity,” according to one of Blumberg’s blog posts.

Polis’ administration also has denied The Gazette access to the minutes of the meetings held by the Governor’s Expert Emergency Epidemic Response Committee, a team of health and public officials that met throughout March and April to guide COVID-19 policy.

In the committee’s last meeting on April 5, members unanimously forwarded to Polis a plan that decides who will and won’t get life-saving care should hospitals in the state not have the capacity to treat everyone with COVID-19.

Monica Wilkerson, the records and legal liaison for the Office of Legal And Regulatory Compliance, responded to the Gazette request, saying the committee hadn’t approved the meeting minutes yet and instructed The Gazette to keep checking a government website to see if they were posted.

Wilkerson never responded when The Gazette asked her by email whether the state kept recordings of the meetings, and if so, whether those recordings could be made available for review.