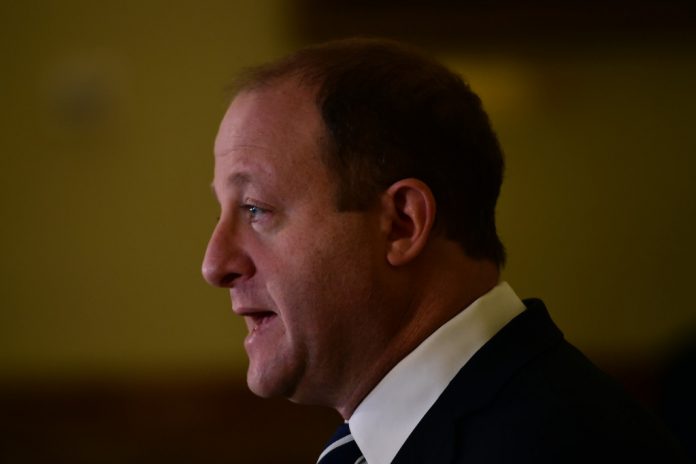 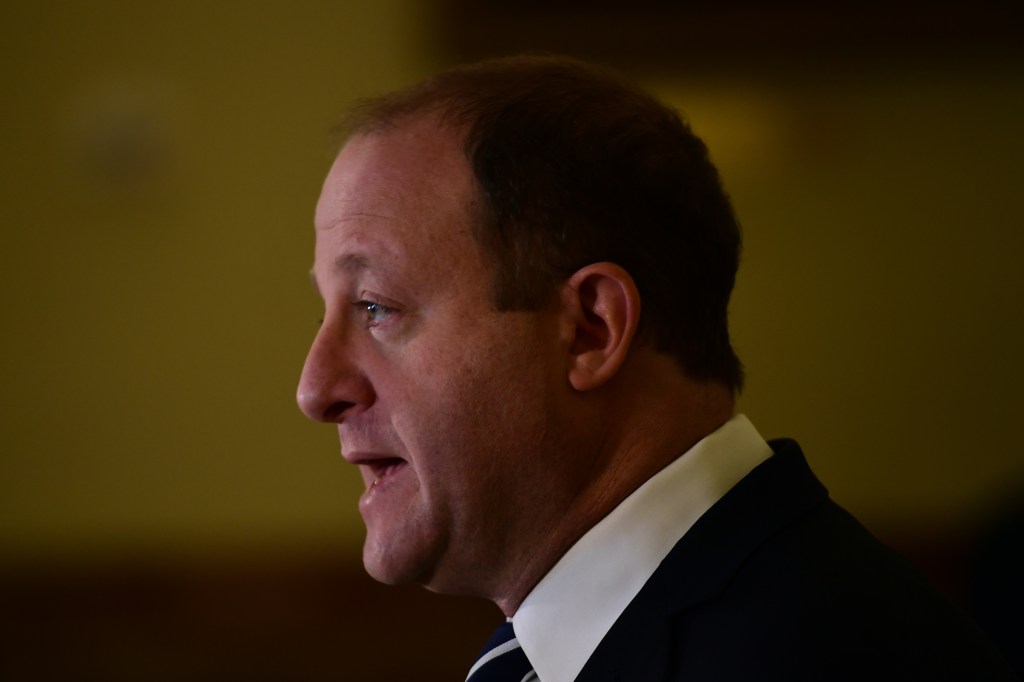 Gov. Jared Polis on Sunday ordered all “non-critical workplaces” in Colorado to reduce their in-person workforce by 50%, and more if possible, by Tuesday morning in the latest attempt by the state to help halt the person-to-person spread of the new coronavirus.

Colorado employers will be urged to implement telework capabilities “to the greatest extent possible.” Workplaces that can ensure six-foot spacing between employees and businesses such as health care, critical retail, public safety and more are exempt.

“This will help workplaces increase physical distancing so that workers that are critical are at least six feet apart if possible,” Polis said during a Sunday news conference at the state’s Emergency Operations Center in Centennial.

The governor’s announcement came as another 116 people tested positive for the novel coronavirus Sunday, bringing the number of confirmed cases in Colorado to 591. And Weld County announced its second death — a woman in her 70s — bringing the state’s overall coronavirus death toll to seven.

Polis stressed the need to slow the spread of the virus in Colorado to buy time for hospitals and medical providers to get ready for the surge in patients. The state, he said, is estimated to need 7,000 more ventilators for the expected COVID-19 caseload.

“If we do not do more to slow the spread of the virus, our health care system will be overwhelmed and doctors simply won’t be able to treat every patient who needs it.”

Polis urged Coloradans to stay home, to frequent the grocery store less often, go jogging less often. He said much of this won’t be enforced by rule, but that here’s a “far greater” enforcement agent who’ll punish non-compliant people: “His name is the grim reaper.”

As for why he hasn’t ordered Coloradans to stay at home through a shelter-in-place order like other governors have, Polis said: “We want to articulate this in a way that we get the broadest participation and buy-in.”

Fifty-eight people are hospitalized after becoming infected by the virus, which causes COVID-19, a highly contagious respiratory disease. The state has also discovered five outbreaks at residential and non-hospital health care facilities, though officials did not elaborate or identify the locations.

Previously, though, county officials reported that at least six COVID-19 cases have been confirmed at the Laurel Manor Care Center, a senior living center in Colorado Springs, and at least two people — a resident and a staff member — tested positive for the disease at North Shore Health and Rehab Facility in Loveland.

More than 5,400 people have been tested for the virus in Colorado since early March. Among those who tested positive Sunday is a health care worker in her 60s at Evans Army Community Hospital in Fort Carson as well as an El Paso County Sheriff’s Office deputy.

An attorney who visited multiple courtrooms at the Lindsey-Flanigan Courthouse in Denver also tested positive for COVID-19 over the weekend, according to a statement from Second Judicial District Chief Judge Michael Martinez.

The courthouse will be closed Monday and Tuesday for cleaning, and all hearings in Denver District Court scheduled for the week will be suspended, Martinez said in a statement. The court will use the week to figure out how to create “virtual courtrooms” where everyone can appear remotely in the future, according to the statement.

The attorney who contracted the virus suffered minor symptoms and has been quarantined, according to the statement.

The disease is mild in most cases, but spreads so easily that it’s prompted fears that the health care system won’t be able to keep up with the number of infected patients. Efforts to limit the virus’ reach have created widespread disruptions to daily life in Colorado and across the nation as officials urge residents to stay home and stay away from others as much as possible.

Colorado health officials have banned gatherings of 10 or more people; schools and colleges closed or moved classes online; restaurants and bars are limited to only take-out dining service.

One percent of the state’s workforce filed for unemployment in the last week alone, while many of those who are still working are doing so from home. On Sunday, Colorado Attorney General Phil Weiser joined Gov. Jared Polis’ call for evictions to be put on hold during the pandemic.

Ski resorts are shuttered; national parks closed. On Monday at noon, Estes Park will close all of its hotels, motels and short-term rentals until April 17 — a decision also made by officials in Gunnison, Summit and San Miguel counties in the fight against the novel coronavirus.