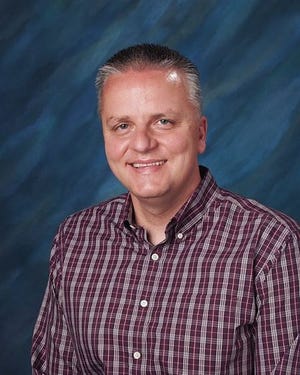 Poudre School District announced that Jesse Morrill will be the principal at the new middle-high school being built on Prospect Road. The school is set to open in fall 2022.

Morrill is the current principal of Kinard Core Knowledge Middle School. He will continue to lead Kinard until June, when he will transfer to the Prospect site and assist in preparations to open, according to the district.

“It is truly an honor to be able to open the new middle-high school in such a wonderful, growing community. Together, we will create a school with a healthy climate and culture that is a source of pride for Timnath and the surrounding area,” Morrill said in a news release.

Morrill has worked for PSD for nearly two decades, gaining experience in both middle  and high schools. He has worked as Kinard’s assistant principal and Liberty Common High School’s academic dean and athletic director.

“Jesse is the perfect individual to build the team at our new middle-high school,” said Scott Nielsen, PSD’s assistant superintendent of secondary schools. “He has been a highly successful principal during his time at Kinard in maintaining a strong culture and learning environment for the students, staff, and families. We are excited to see him partner with fantastic leaders already in place as they work to build the Timnath feeder system.”

COVID in Colorado:Poudre School District has reported more than 770 COVID-19 cases since the fall

The new middle-high school is one of three new schools being built in PSD. It will be located at the northwest corner of County Road 5 and Prospect Road, and it is expected to serve about 1,500 students.