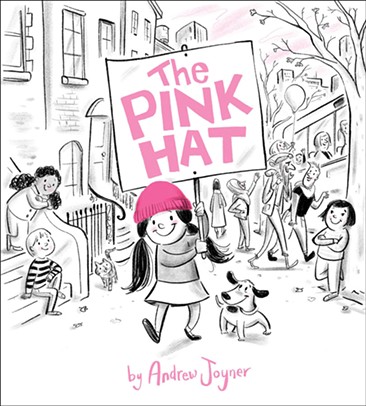 If you think kids don’t have a well-developed sense of justice, just try giving them the smaller piece of cake. And if they’re determined to become mini-activists, there are safe and savvy ways to let them march by your side.

Start by discussing your family’s values. What is the march about? Why is it important to show your support? Pikes Peak Library District has books on current issues and America’s tradition of protest that can help — everything from Andrew Joyner’s The Pink Hat for the picture-book set to Glimmer of Hope: How Tragedy Sparked a Movement by The March for Our Lives founders, for older readers. Check out tinyurl.com/Indy-kids-protest and tinyurl.com/Indy-teens-protest for some suggestions.

Marching with young kids takes the most planning. And if you’re accustomed to being a grownups-only activist, adjustments must be made:

• Study the march website together, including the schedule of events, who organized it, the route map and any rules and regulations. Talk about how long they might have to stay and how far they’ll have to walk.

• Have organizers gotten a legal permit? This can indicate whether an event is likely to be peaceful and orderly.

• Pack wipes, sunscreen, water, snacks — you know the drill. Study the march route and map out possible spots for bathroom breaks. (Make a preemptive pit stop before you arrive at the site.) Let the weather forecast for march day inform your clothing choices. It will likely be cold at the Jan. 25 Womxn’s March, so scout out some potential sources of warmth and hot cocoa.

• Agree on what everybody will do if you get separated. Wearing matching bright colors or the same goofy hats will make it easier to find one another, and be sure the kids have your cell phone number tucked safely in a pocket. If you’re bringing older children, establish a meet-up spot along the march route.

• When they make signs to carry — for many, the most enjoyable part of the whole event — help them find a message that has meaning for them. But keep those signs small, since there’s a good chance you’ll end up carrying them toward the end of the march.

• Anticipate that as your kids’ energy flags, you will be doing more sitting and standing, watching and cheering the marchers on instead of being the active participant you usually are.

• If this is the first time your child has been part of a bumptious crowd, be prepared for a meltdown and a quick retreat. Not all kids can handle the rough-and-tumble of a zillion passionate people mashed together yelling chants.

• Explain that not everyone who shows up for an event feels the same way about the issue and that marchers may be criticized, shouted at or honked at.

• After the march, talk to your kids about it and get their impressions.