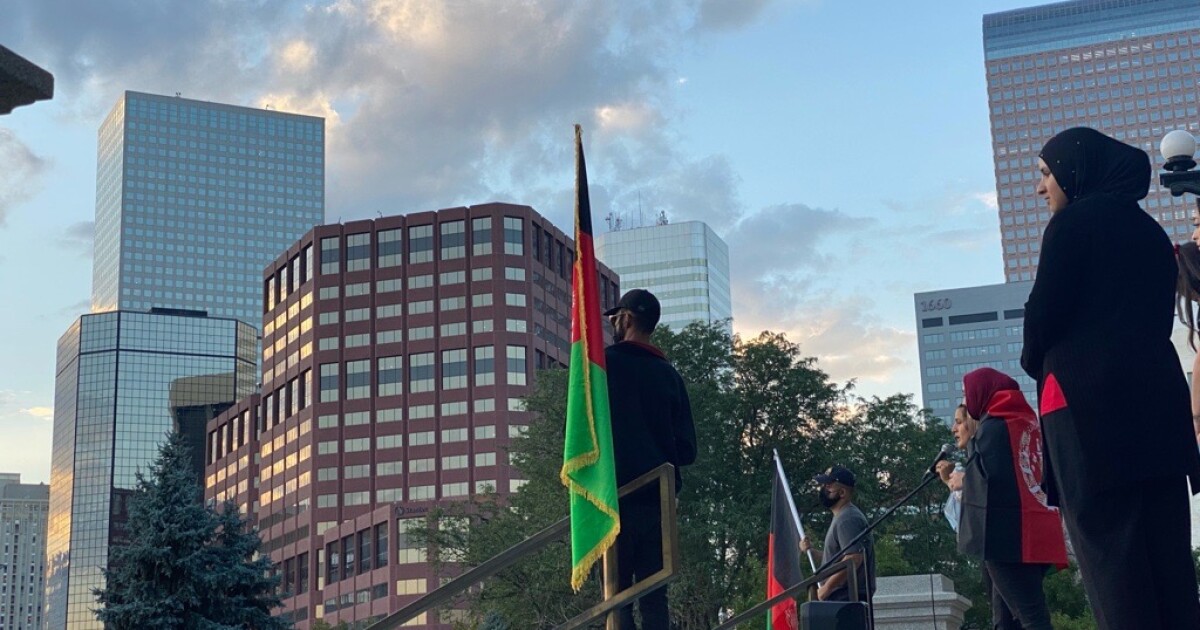 DENVER — A rally at the Colorado State Capitol on Thursday called for aid to Afghan refugees and assistance to the thousands still stuck in the country now run by the Taliban.

“I think rallies like this help to let the people of Afghanistan know that we hear you,” one protester said. “Just because your voice is not being carried to the superpowers of the world, this will hopefully get their attention.”

Concern has been growing for the thousands of Americans, Afghan interpreters and newly displaced refugees now that the Taliban has taken over the country.

RELATED: How to help the people of Afghanistan if you’re in Colorado

Gov. Jared Polis signaled support for refugees on Wednesday sending a letter to President Joe Biden saying the state is ready to welcome refugees when they get to the United States.

“I urge the Biden administration to act quickly to evacuate and resettle eligible Afghans as there are lives at stake,” Polis said in the letter. “Colorado stands ready. Please advise on how Colorado can assist.”

Protesters called for the United States to raise the cap on Afghan refugees as well.

“First thing is we have to bring all the people who helped in Afghanistan,” Mohammad Dastgeer said. “That is the priority.”