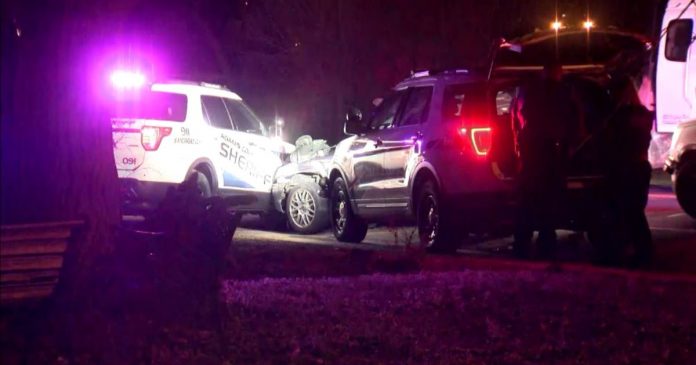 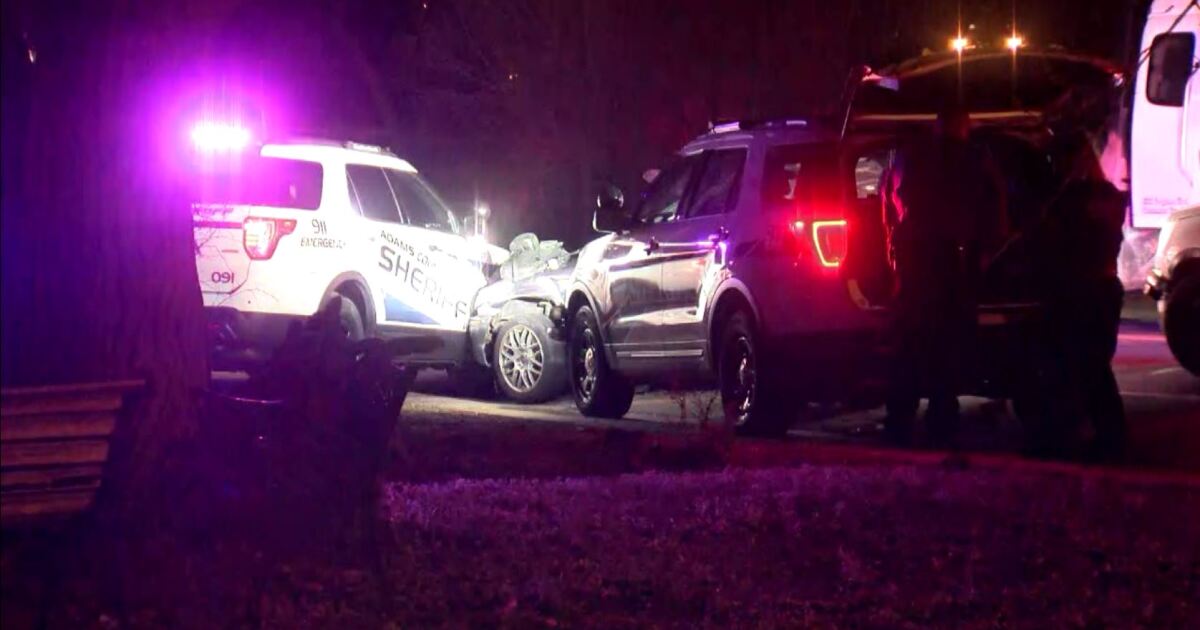 ADAMS COUNTY, Colo. — A suspect was arrested after a pursuit through neighborhoods near U.S. 36 west of Interstate 25.

Deputies began chasing a stolen vehicle around 3:30 a.m. on Thursday.

The chase ended after deputies executed a PIT maneuver in the area of Granada Road and Del Norte Street. The suspect and a deputy were involved in a subsequent crash.

Two men were taken into custody and will likely face charges related to drugs in their possession and a stolen gun, according to the sheriff’s office.

Nobody was injured in the crash.