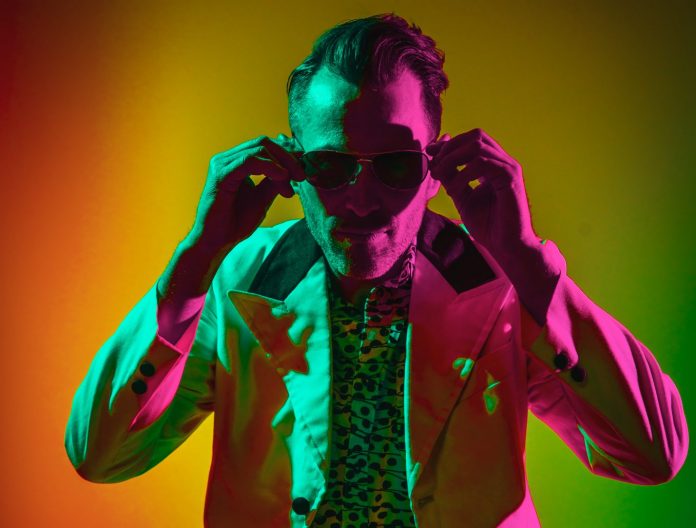 Luke Miller aka Luke the Knife, front-man for the funk-centric, electronic jam band Lotus, released his first official solo project last Friday, entitled Disco Nap. The album showcases an undeniable groove and well-crafted sound meant to bring out your best dance moves. In a world that’s seen very little live music — and consequentially, very little dancing — throughout the past year, this new project is a welcome addition to the local clubs around Denver. To celebrate, Luke the Knife held an album release party at Club Vinyl, where we spoke about the creative process of Disco Nap, the role music played in maintaining sanity during last year’s isolation, and what fans should expect from the next phase in Luke the Knife’s career.

303 Magazine: The last time we spoke was right before Lotus played the first show at Red Rocks since the pandemic began last March. Obviously a lot has happened since then, and America is almost completely back up. How do you feel about returning to normal life? Both in regards to your career as a musician and also a citizen.

Luke Miller: Oh man, it feels really good — being here at Vinyl with people without masks and just dancing.

303: Red Rocks is back at full capacity once again, but that wasn’t the case when you performed back in April. Fast forward to tonight and you’re playing a legit show with no restrictions. How are you feeling about returning back onto the stage, but this time as a solo artist?

LM: You know, I’ve been doing Luke the Knife for nine years now. I also did two shows during the lockdown and did some streams and stuff. But yeah, as you said, now it’s without restrictions and just everyone not having to be socially distanced, that’s what club music is all about.

303: What can listeners expect from a Luke the Knife show, especially the fans that are used to seeing you perform with Lotus?

303: I know the plan was always to drop a solo album under Luke the Knife, which you’ve officially accomplished, but why now? What makes this the moment that you decided to take that step in your solo career?

LM: Honestly it was having that time from the lockdown to be off the road and really get a workflow together and kind of learn how I wanted to make Luke the Knife tracks. It was a little bit of a learning curve, but yeah, that time kind of afforded me the opportunity to do it.

303: Can you tell me about that learning curve? What were some of the biggest challenges of moving away from performing and creating with a band to creating your own songs personally?

LM: I feel like the biggest thing was just a small structural shift. You know, whereas with a song with a band, you’re often having a section that’s a verse and a section that’s a chorus and then a bridge. With electronic music specifically, what I do is more on the house tip. It’s more of a loop-based kind of thing. You’re figuring out, you know, where the loop needs to continue and where it needs to break down and when you need to add an extra element.

303: I know you managed to be creative, recording a ton of music for Lotus and Luke the Knife during that time. What role did music play in maintaining your sanity?

LM: It wasn’t easy. It was definitely a tough year. But you know, having that goal of making an album was a good driver of just having something to do and having a goal to work toward — that helped.

303: I know you’ve been making music with your twin brother, Jesse, who’s the bass player for Lotus for almost 20 years now. How was making music without him being an official part of the process, and did he contribute to this project in any way?

LM: He contributed at the very end with just a little running the songs through some of his analog gear just to glue the mixes together a little bit. I think just doing it by myself was just kinda trusting my instinct and just knowing that this is the sound I want to create and then kind of trusting that and trusting that I know how to do it and that I have the skills and can figure out how I want it to sound. Some of the things I tried to do on this that we don’t do in Lotus is like a lot of slap bass stuff.

303: Is there anyone passage on Disco Nap with a particular instrument that stands out to you and where when you hear it you’re like, “that’s special?”

LM: Yeah, on the track “Better Mind” there’s these tinkly arpeggios that are kind of similar to the Kora. It’s a very similar instrument. It kind of feels like sunbeams on the track. It’s kind of these little glints of sunlight.

303: Can you tell me what Disco Nap means to you and what inspired that name for this project?

LM: Yeah, you got two sides. You’ve got the disco and you’ve got the nap. So it’s like the party side and then the chill side. It’s also not supposed to be too serious. It’s a little bit tongue in cheek, so I think that’s just showing that the Luke the Knife project is supposed to just be about having fun and dancing. It’s a little less introspective than maybe some Lotus songs. It’s all about just dancing live and having a good time.

303: You brought in a ton of musicians to collaborate on Disco Nap, including Chalk Dinosaur, Cherub, and Gabe Auto. How important is collaboration in your music? And how did you view that from a different lens, being a solo artist?

LM: It was kind of on a case-by-case basis. Like the tracks with Chalk Dinosaur, I sent him stuff early on before it was finished and he kind of helped mold the sound into what it was. And then with something like Gabe playing bass or like the vocals from Raven Jane and Cherub, it was more just, like the icing on the cake that I had already made. So yeah, I think collaboration is very important. It’s easy to get in your own echo chamber, but when you have someone else with you, it can all of the sudden open up a different world of like, “ah, this is the key that I couldn’t find” and it just brings everything together.

303: How did collaborating through a remote environment change the way that you created music and were there any benefits or drawbacks to having to do it remotely?

LM: Well, I was able to do the vocals with Raven Jane in person, so that was nice. She was singing, I could say, “oh, maybe try it just a little softer, bring it down and maybe a little less vibrato here.”  You know, just those little tweaks. When you do it remotely, you don’t have the opportunity to do that. I think when you do it remotely, what you have is just a longer time period where you can sit with something and see how it interacts. So a lot of times I would take what the people sent me, like if it was Chalk Dinosaur, and then change what I did underneath it, instead of having him change his part. I could react to it in a much longer time period.

303: One of my favorite features on this album is Cherub, and I’m sure everybody wants to know about that track “She’s So Damn Fine.” How did that track come about?

LM: It was from an older project that we had tried a different arrangement with and I took the vocals and flipped it to this more disco-house sound by flipping a few things around. I think it really turned out to be a fun track. I tried to make the music reflect the character of the vocals. Having that perspective of what the older project was, compared to this new one, I think made me approach it in a way that I wanted to highlight the vocals in a fun, upbeat way, which was a little bit different than the original.

303: This album has only nine songs, but runs for 48 minutes. So each of the songs is pretty long in a traditional sense. Is there any specific purpose for producing longer songs? Is it for the DJ sets or is it just a general inspiration that you had for this album?

LM: Yeah, I was definitely picturing performing these tracks. I made DJ-specific intros and outros and I actually have a version of the whole album that’s continuously mixed, like a DJ mix of the whole album. That’s up on Bandcamp, and I think that’s actually, maybe, the ideal way to listen to the album, just all the tracks continuously as a mix. 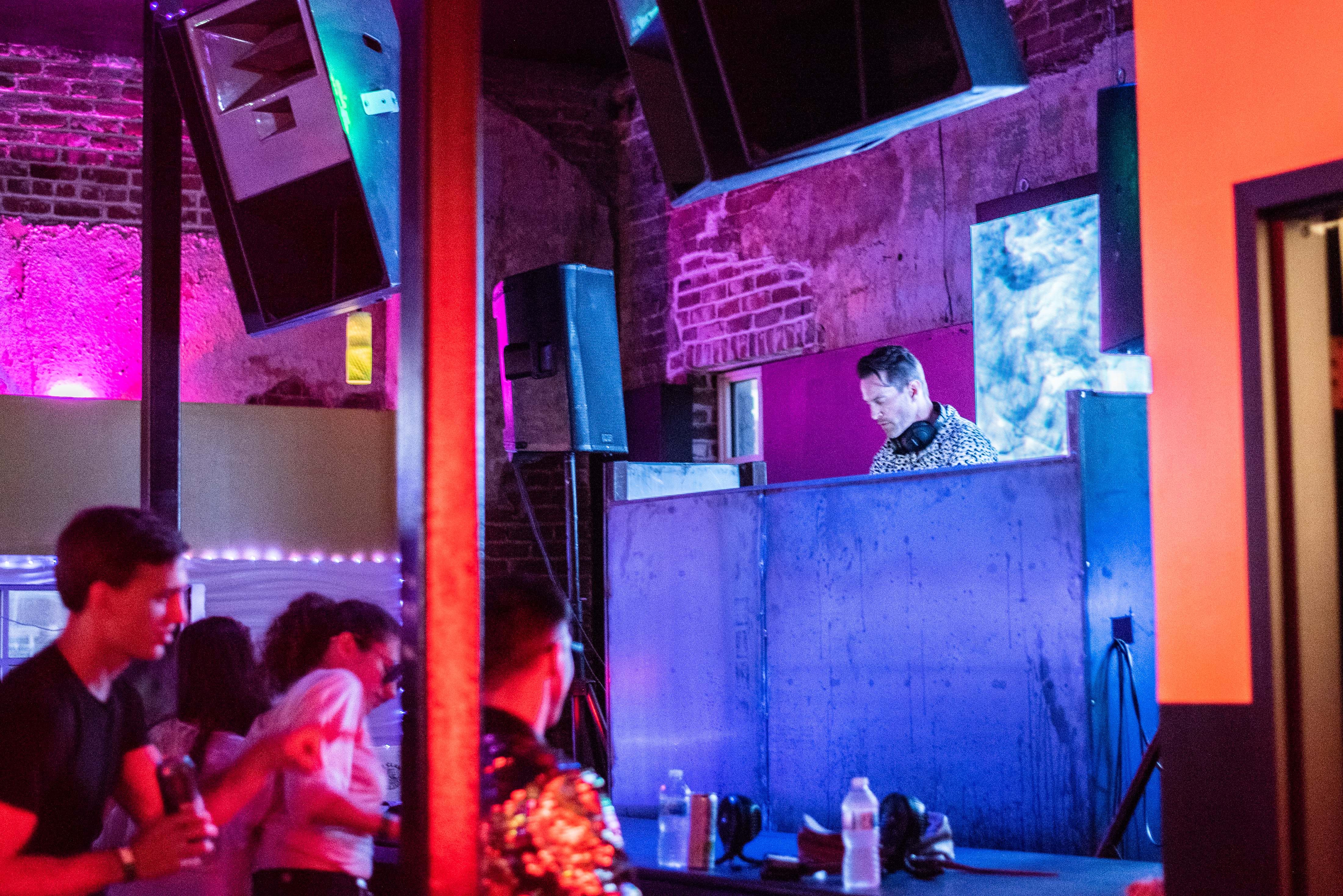 303: Are there any plans for a solo tour as Luke the Knife?

LM: I would love to. I don’t know how many people know about me. I mean, obviously I’ve mostly played here in Denver, but I’d love to get out there more. Especially doing more stuff like Club Vinyl, where it’s just more of a club environment and less of the concert venues. I think the clubs are kind of set up for this music that I was producing, more so than a regular band venue.