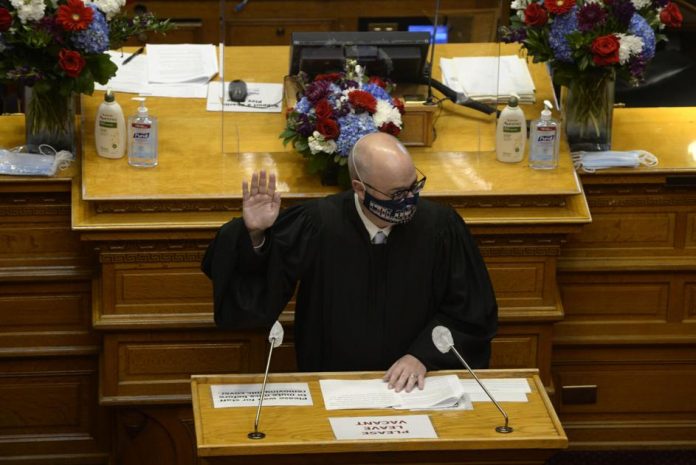 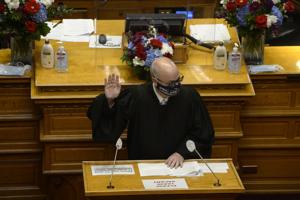 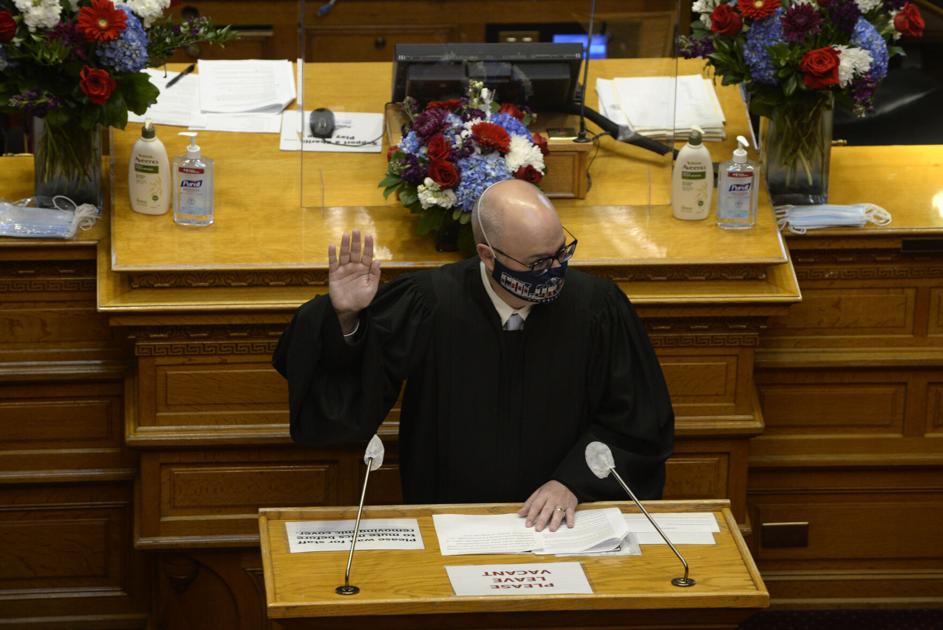 • Brian D. Boatright is the chief justice of the Colorado Supreme Court, who took over the role on Jan 1.

• Then-Gov. John Hickenlooper appointed him to the High Court in November 2011. Prior to joining the court, he was a judge in the First Judicial District in Jefferson County since 1999.

• Boatright was also a deputy district attorney in the First Judicial District.

• Born in Golden, he is a graduate of Jefferson High School and the University of Denver’s law school.

• Prior to Boatright, the chief justice held the role indefinitely. Now, the seat will rotate, with Justice Monica M. Márquez scheduled to assume the job after Boatright.

Colorado Politics: How has the pandemic made the Supreme Court’s work different in the past six months than in all of your previous years on the court?

Boatright: Just like everybody, we have been impacted by the pandemic, though not as severely as the trial courts. I would consider our challenges to be minor by comparison. We have had to adjust how we distribute opinions and other work products. But frankly, after a period of adjustment, the changes have helped us modernize some of our practices. We used to do most everything in hard copy. The biggest change is how we have been holding oral arguments. They are all done virtually. Despite an occasional glitch, the arguments have gone well. In the end, we had a remarkably productive year.

CP: Is there any change during the COVID-19 era that you believe the Supreme Court could permanently incorporate into its work post-pandemic?

Boatright: I believe that we will incorporate the practice of allowing attorneys to make oral argument remotely in certain circumstances. The pandemic has taught us that oral arguments can be efficient and effective when done virtually. I expect that attorneys who previously had to travel significant distances to present their arguments will want to take advantage of that option. Hopefully, that flexibility will reduce costs for their clients.

CP: What was the issue you have had to learn the most about during your tenure on the court?

Boatright: Water law. As a trial judge, I handled criminal, civil, juvenile, probate, domestic and mental health cases. But in the 1st Judicial District we do not have a water court, so that area was brand new to me.

CP: What life experiences or backgrounds do you think are underrepresented on the Supreme Court bench?

Boatright: At least over the past 10 years, I believe our court has represented a diverse mix of experiences and backgrounds. I think we are stronger because of that. It’s important to remember that we do not control the selection of new judges and justices. The diversity of our judges throughout the state is a product of the willingness of attorneys to apply; the work of nonjudicial, nonpartisan nominating commissions; and ultimately the governor. While we have made strides in diversifying the trial court bench, especially as of late, much work remains to be done in that area. Substantively, since Justice (Gregory) Hobbs retired, we have not had a member of the court with substantial experience in water law.

CP: You became chief justice upon the retirement of Nathan Coats in January. Having served under various chief justices, does the judicial branch afford any one individual the chance to make major or systemic changes, or is there a lot of stability built into the role?

Boatright: That is a good question. I think that a chief justice can choose areas of emphasis, so to speak, but we regularly speak as a court about important issues in the branch and in the legal profession, so that serves to channel and control systemic change in the legal system and practice of law.

CP: Can you think of any changes you are hoping to implement? And given that the court implemented a new rotational term for chief justices, do you know how long you will have in that seat?

Boatright: My entire focus is to try to help the judicial branch through the disruption caused by the pandemic. We have a backlog of cases in all areas that need resolution. We are also understaffed and, due to pandemic-related budget shortfalls, had to eliminate 200 more positions last spring. Despite all of the challenges, our people show up every day and serve the citizens of Colorado to the best of their ability. I could not be more proud of the employees of the branch. I want them to know that.

As for the length of my term, it will be either 2.5 or 3.5 years. That will depend on how the judicial branch recovers from the pandemic. In the future, we want to make the transition between chief justices at the end of our term of court in June, not in January, hence the half year.

After I pass the baton to Justice Márquez, terms will probably last three years, and continue transitioning at the end of our term of court in June.

CP: Are there types of cases the Supreme Court is being asked to decide more frequently now than when you first arrived on the court a decade ago?

Boatright: Not really. Without doing a statistical breakdown of cases, it appears that we are receiving the same types of cases as we did when I started. We always receive an uptick in cases in areas of the law with recent legislative changes.

CP: On the U.S. Supreme Court, we know that some justices were friends outside of work and that they would get together socially. Is there that same level of interaction on the state Supreme Court?

Boatright: We are a collegial court. I don’t think we have members who frequently attend the opera together, as I know certain former members of the U.S. Supreme Court were known to do. But during normal times, we spend a lot of time together, fulfilling our various responsibilities. We also try to attend as many functions in the legal community as possible. As a result, we spend a lot of after-hours time together. Again pre-pandemic, we have lunch together on days we conference. The conversation at these lunches tends to focus on our families and other nonprofessional life goings-on.

CP: Unlike the U.S. Supreme Court where the president can appoint and the Senate can confirm anyone who meets the basic qualifications, Colorado has a citizen-led nomination system to screen applicants, with final appointment by the governor. How do you see this method of choosing justices affecting the ideological balance on the state Supreme Court (to the extent there is one) compared to the federal level?

Boatright: I think your question predicts my answer. I firmly believe that Colorado’s method of selecting justices prevents an ideological tilt on our court. The fact that three of us were appointed by a Republican governor to trial courts and a Democratic governor to this court demonstrates that point.

In my opinion, Colorado’s method of selecting and retaining justices and judges is the best in the country.