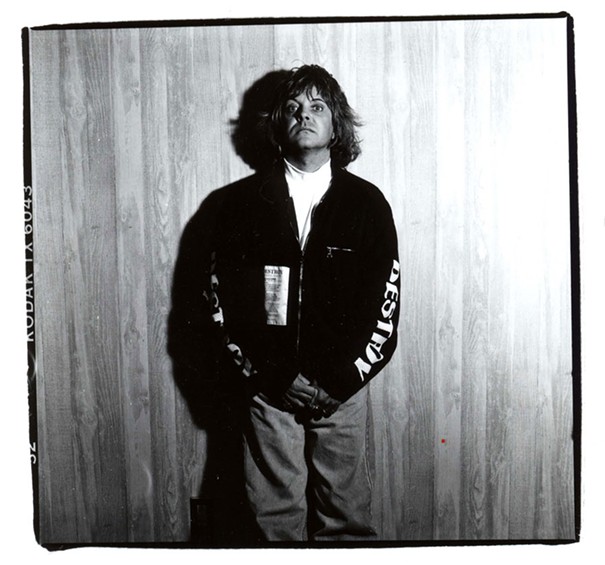 Greetings and appropriately distanced salutations to all of our readers and music lovers out there. I hope everyone is staying healthy and happy — or, at least as happy as self-imposed hermitage permits. The good thing about staying home is that it offers plenty of time to get reacquainted with your record collection, or seek out new listening experiences. (You can only listen to that old copy of Rumours so many times.)

And as our respective “quarantine playlists” could probably all use a boost at this point, this is the perfect time to explore the rich collective works of three musicians who, unfortunately, died in the past few weeks, news of their passing likely overshadowed by other pressing matters. Three very different artists, but each completely brilliant in their own right, and whose works are definitely worth exploring.

Polish composer Krzysztof Penderecki passed away March 29 at the age of 86, and while he may not be a household name in America circa 2020, his compositions have earned a sprawling list of international awards and honors since the late 1950s. You’ve probably, knowingly or unknowingly, heard a few of his works already.

If you watched the long-awaited third season of David Lynch’s hallucinatory horror-comedy-drama Twin Peaks, you probably still remember the intense eighth episode, which features a harsh, black-and-white expressionist take on the 1945 atomic bomb tests in New Mexico. The nightmarish — and eminently appropriate — soundtrack to that sequence was one of Penderecki’s most acclaimed works, 1960’s Threnody to the Victims of Hiroshima. The Threnody is, on the surface, one of the most harrowing uses of a string orchestra to date, but the piece is also something of a compositional marvel, making deft use of the “sonoristic” approach to orchestral composition. A number of Polish avant-garde composers worked in sonorism as a means to explore greater spectra of tonal possibility — both a structural break from the more mathematical organization of 20th century serialism and an approach that sought to coax ever-more untraditional sonics out of instruments.

While the Threnody tends to shock with its immediacy, another one of Penderecki’s well-known works, the St. Luke Passion, is equally complex and avant-garde in its construction, utilizing everything from atonality to 12-tone serialism to huge washes of sound in the form of tone clusters. All this in a work of transcendent, religious profundity — certainly not the material one might expect from the Eastern Bloc just following the heyday of Soviet realism!

Penderecki’s influence reverberated throughout the globe, especially in the world of film — he was a favorite of Stanley Kubrick, several of his pieces appeared in The Exorcist and, perhaps unsurprisingly, he’s favored among contemporary artists in “extreme music.” You can hear him sampled, for instance, on “Drunk on Marrow,” a track from Sightless Pit’s recent LP Grave of a Dog.

Drummer and multi-instrumentalist Bill Rieflin, meanwhile, has almost certainly graced your speakers at some point. His wildly prolific résumé includes appearances with Ministry, Nine Inch Nails, R.E.M., Swans, King Crimson, Robyn Hitchcock and even Taylor Swift. (Have I mentioned how good that Robyn Hitchcock set at Lulu’s was?) I had the pleasure of seeing Rieflin in action with King Crimson at Denver’s Bellco Theatre in 2017, and it was a truly astonishing display of musicianship. Rieflin passed away on March 24 from cancer.

Finally, a musical visionary we can still learn much from in these uncertain times. Genesis Breyer P-Orridge, founder of industrial/performance

art luminaries Throbbing Gristle and a veritable lightning rod of controversy for decades, passed away on March 14 following many years battling leukemia.

Perhaps the best way to describe P-Orridge is as a more radical David Bowie. The gender-fluidity is there in a very pronounced way, with P-Orridge’s “pandrogyne” project, and their body of musical and literary work is possibly even more unorthodox and reality-altering. Throbbing Gristle’s 1978 effort The Third and Final Report still sounds futuristic and transgressive more than 40 years on (if anyone around you is having trouble with social distancing, just play “Walls of Sound” at a healthy volume). Later works with Psychic TV were no less far-out, but found P-Orridge often indulging a keen ear for melody.

The unifying elements in P-Orridge’s total output were about no less than rearranging the world; confronting and subverting oppressive systems of thought and control that are frequently taken for granted, but hardly inevitable. If you view music as more than mere entertainment, probably its best application is in revealing the faultlines in these systems — to give a nod to philosopher Franco Berardi, poetry, or any artistic endeavor, is an arbitrary, autonomous act, which makes it possible to see things outside the framework of any established system.

Viewed in this way, P-Orridge being labeled a “wrecker of civilization” by members of the British Parliament just goes to show how vital — and necessary — that work really is.