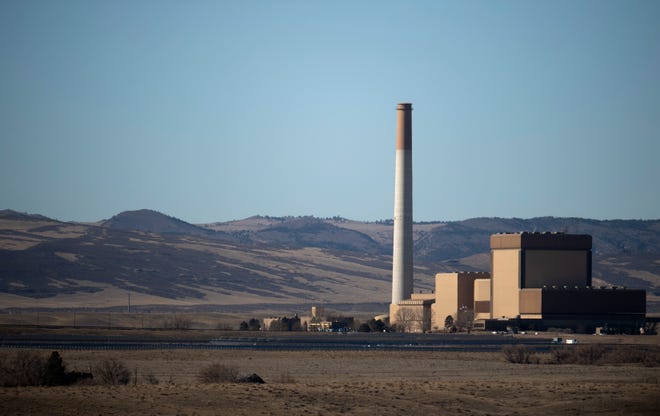 The commission voted 5-2 in a preliminary decision last month to adopt a plan that could force an accelerated retirement for the Rawhide coal plant and two others, Tri-State’s Craig Unit 3 and Colorado Springs Utilities’ Ray D. Nixon coal plant. Its final vote is set for its Dec. 16-18 meeting.

The governing board of Platte River, which supplies electricity for Fort Collins, Loveland, Estes Park and Longmont, decided earlier this year to shutter the Rawhide coal plant by the end of 2030. The planned retirement date, which is 16 years before the plant was expected to reach the end of its usable life, meets state requirements for electric utilities.

The majority of the AQCC voted to adopt an alternate retirement date for Rawhide that was put forward by the Sierra Club and the National Parks Conservation Association. Representatives of Platte River Power Authority objected to the earlier retirement date, arguing that it wasn’t within the commission’s authority.

The commission’s decision “is not a substitute for a resource planning decision from Platte River’s decision-making board,” said Chris Wood, an environmental compliance manager for Platte River.

Michael Hiatt, an attorney with Earthjustice, called the alternate retirement dates a marginal acceleration of the dates that “the utilities themselves put on the table.” He told the commissioners that the earlier retirement dates are cost-effective and will make a significant difference for regional air quality.

“If the commission is ever going to achieve its mandate under the regional haze program to eliminate visibility impairment of Colorado’s national parks, and if it’s ever going to meet its 2030 greenhouse gas reduction goals, it’s going to have to do more than some rubber-stamped, voluntary industry proposals,” Hiatt said.

Commissioner Elise Jones, who’s also a Boulder County commissioner, said she felt it was within the board’s authority to adopt accelerated closure dates for Rawhide and other facilities.

“Visibility in Colorado is extremely important,” she said. “It’s part of our identity, our economy and our quality of life. We need to move as far and fast as we can on achieving our goals around visibility as is cost-effective.”

Platte River Power Authority provided a brief statement to the Coloradoan in response to questions about the AQCC vote.

“Our board adopted the Resource Diversification Policy in December 2018 that calls for Platte River to work toward achieving a 100% noncarbon energy mix by 2030, and we are taking steps to achieve that goal,” the statement read. “We will have a better idea of its potential influence on our plans after its mid-December meeting.”

The AQCC vote spells uncertainty for Platte River’s next steps. Its board recently adopted an Integrated Resource Plan, an electricity resource road map for the next 20 years, which includes Rawhide Unit 1’s 2030 retirement. Many planned dates for onboarding of other electricity generation resources revolve around the assumption that the coal plant would continue operating through 2030.