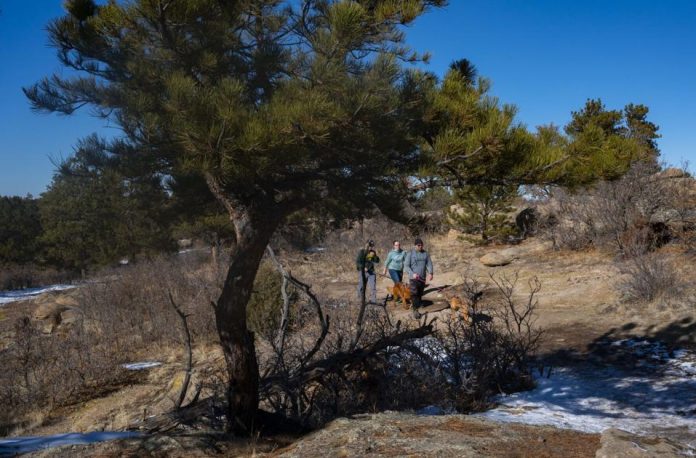 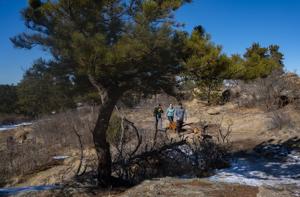 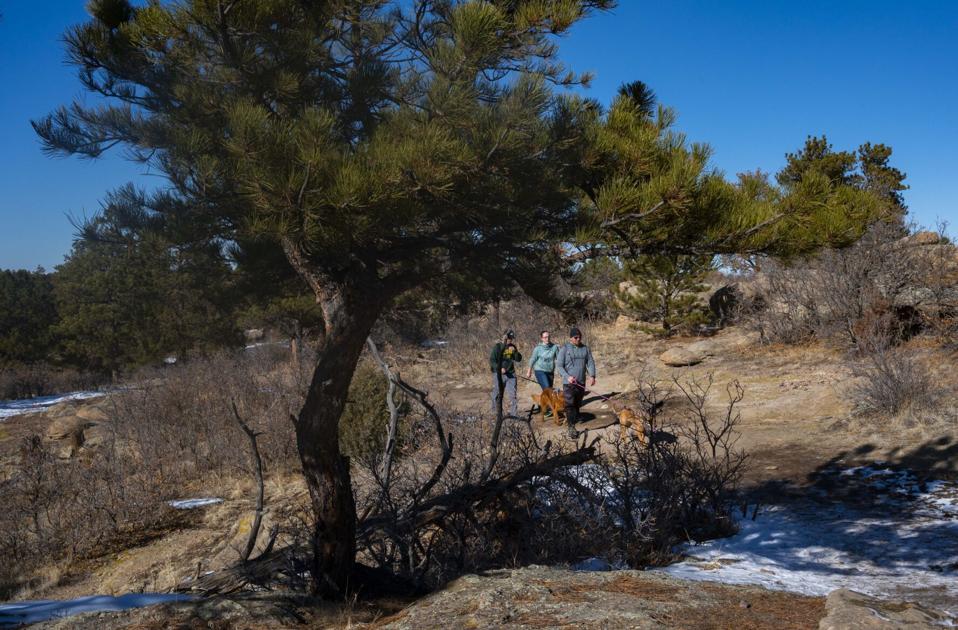 FRANKTOWN — Inside Castlewood Canyon State Park, where worldly troubles seem to float away with the creek and with the clouds out to snowcapped peaks beyond, a certain reality occurred to Trevor Girten.

“Prices are only going up it seems,” he said Friday on his first hike of the new year.

That was the case at the state park closest to his home in Parker.

Castlewood Canyon was among Front Range state parks on Friday that started 2021 with a new price of admission: $10, a dollar up from the previous day pass.

That was mostly OK by Girten and other visitors on this day.

“I’d rather pay for parks than other forms of entertainment,” Lauren Douglas said. “I think it’s a bargain and something I like to support.”

Advocates say the support is needed at Castlewood Canyon, among state parks that saw visitation boom in 2020. The park counted 263,744 visitors through November — up more than 56% from a then-record 2017.

Perhaps the price increase looks bad in the middle of a pandemic, when people are out of work, said Dale Campbell, president of the Friends of Castlewood Canyon State Park. Then again, he said, the pandemic spelled more burden here: more bathroom and trail maintenance, more trash collecting, more damage.

“It’s been a challenge,” Campbell said.

Data confirms what the eye suggested at Colorado’s state parks in 2020: unprecedented visitation.

Numbers were not yet final by the end of December, with counts still being logged from that month and some of November. But the 18.3 million visitors reported so far were up from the 14.8 million total in 2019 — a nearly 23% surge.

The record 2020 tally is upwards of a 53% swell from the agency’s 2013-14 fiscal year, when 11.9 million visitors were counted at the 41 state parks. (Guests of the 42nd state park that partly opened in October, Fishers Peak, were not represented in the latest spreadsheet provided to The Gazette).

The state-protected preserves followed a trend at open spaces and trailheads around Colorado and the country during the COVID-19 pandemic.

That’s why CPW added the extra $1 “high-use” fee to day passes at Castlewood Canyon along with Lake Pueblo, Roxborough, Golden Gate Canyon and Staunton state parks, among the most popular on the Front Range. The fee bumps “will help us add staff and mitigate the extra expenses and resource strain associated with extremely high visitation,” Vogrin said.

At Lake Pueblo — the perennially busiest state park that saw a record 2.7 million people flock to its shores from January through October — gates were closed for several hours on summer weekends due to exceeded capacity. That was a first for the lake, though closures were nothing new for other Front Range parks.

“For example, a couple of our parks experienced dumpster fires because well-meaning newcomers to the outdoors didn’t know how to drown their coals. They tossed them in a dumpster.”

There was a more grim side effect, he said: record death on the waters.

“Hopefully the lockdown due to the pandemic was a once-in-a-lifetime episode and we won’t face the kinds of visitor pressure experienced in 2020,” Vogrin said. “However, we know we have to make changes because we already are facing capacity issues at our most popular parks.”

The “high-use” fees come just two years after CPW tacked on $1 to all park passes, added $10 to annual passes and upped hunting and fishing costs as well. State lawmakers approved the Future Generations Act in 2018, allowing CPW to make such changes.

Pass prices had not increased since 2010. That meant the agency had “a lot of ground to make up,” Vogrin said.

The act was meant to address $41 million shortfalls projected by 2025 within CPW, which without general tax support is expected to be self reliant on fees, federal and state grants and donations.

CPW Director Dan Prenzlow in an annual report updated the agency’s progress toward goals listed in that 2018 initiative.

“Throughout this unprecedented disruption to nearly all aspects of our lives,” Prenzlow wrote of 2020, “it is remarkable that our goals from Senate Bill 18-143 continued on with relatively minor impacts.”

He counted “several great successes” on the year, one being the debut of Fishers Peak; developing a new state park was among Future Generations Act goals. Prenzlow counted another success in the hunting and fishing department. Growing the number of sportsmen and women topped the list of those 2018 goals, and that apparently happened last year.

Over 159,000 more fishing licenses were sold in 2020 than in 2019, according to the recent report. The report charts a 4% increase in big game hunting licenses sold compared with the three-year average. A 69% increase in other hunting licenses, including fishing combos, is reported for the year — though CPW notes this “is likely attributable” to changes from 2019 that required customers to purchase qualifying licenses.

In another change last summer, CPW began requiring hunting or fishing licenses for anyone visiting state wildlife areas, including the popular Dome Rock State Wildlife Area in Teller County. This was in an effort “to address some of the unintended uses we’re seeing at many” of the 350-plus areas, the agency explained. Using sporting fees, the lands have been set aside for habitat conservation.

The controversial move signaled another stated agency goal to “grow alternative sources of funding.” CPW hired a marketing firm in 2020 “to explore future new funding by gaining a better understanding of Coloradans’ awareness of CPW and their willingness to support the division’s mission,” reads the 2020 report.

The agency’s “relevance,” Prenzlow wrote amid the record year, “has never been more apparent or important.”

After Lake Pueblo, 2020’s next busiest state park was Chatfield, the Denver oasis that reported 2.1 million visitors through October. Cherry Creek State Park is poised to cross the 2 million mark for the first time, adding more than 400,000 to visitation year-to-year. The growth was even greater at the fourth most popular state park, Golden Gate Canyon, which tallied 1.5 million visitors from January through October.

Mueller was among parks Vogrin mentioned that could better help relieve pressure elsewhere. Lathrop and Trinidad Lake state parks in southern Colorado were other “hidden gems,” he said.

Of course, it was only a few years ago when regulars were calling Castlewood Canyon a hidden gem.

“One of the things that’s been said around here is it’s like attendance figures have accelerated us about 10 years into the future,” said Campbell of the friends group. “And we feel like it’s not gonna go back down, because people are discovering these places.”