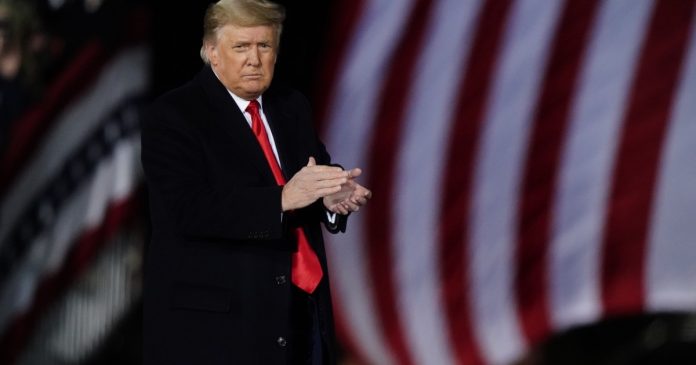 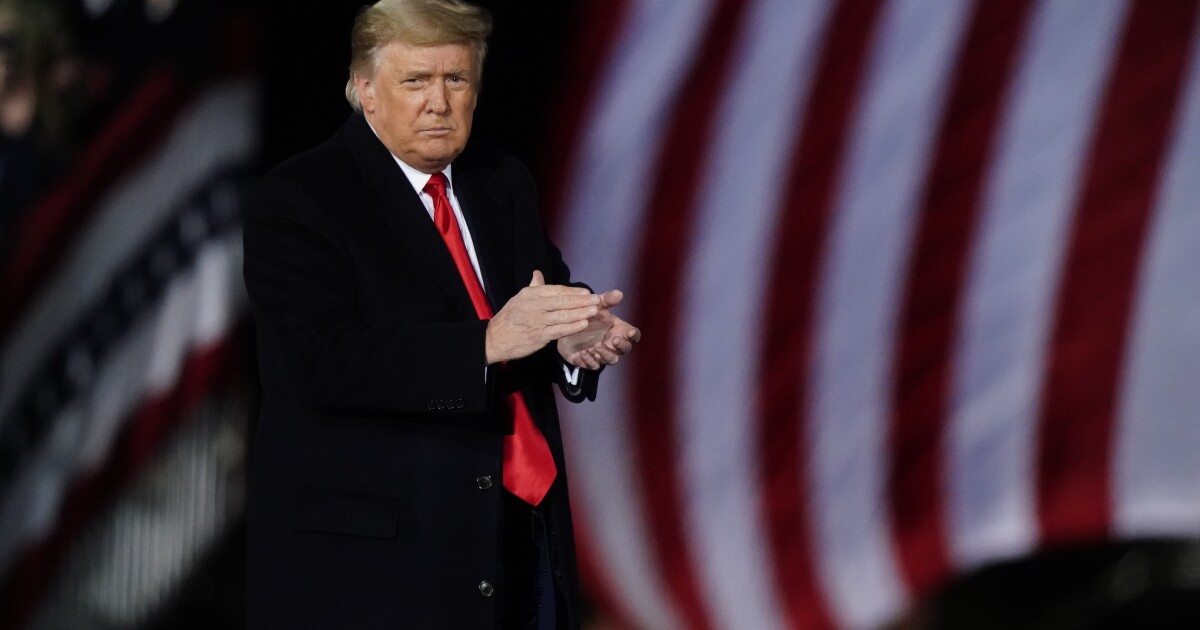 DENVER – Rep. Diana DeGette said Thursday afternoon the House would move forward with new articles of impeachment against President Trump after members of Congress spent much of the day discussing impeachment or the invocation of the 25th Amendment to remove Trump from office.

The calls to invoke the 25th Amendment, a process in which Vice President Mike Pence and a majority of Trump’s Cabinet would have to agree to remove the president if he is deemed unfit for office or incapacitated, started Wednesday evening after loyalists of the president stormed and overran the U.S. Capitol for several hours as Congress was trying to certify the Electoral College votes to confirm Joe Biden as the winner of the presidential election.

But calls for impeaching President Trump again have also been swiftly moving forward since Wednesday afternoon, and DeGette, D-Colo., tweeted just before 5 p.m. Thursday that she and others were moving ahead with introducing new articles of impeachment and that she would be sponsoring them.

“We are moving forward with introducing Articles of Impeachment against President Donald J. Trump. He is a real danger to our country. He must be removed from office immediately and barred from ever holding an elected office again,” DeGette said.

BREAKING: We are moving forward with introducing Articles of Impeachment against President Donald J. Trump.

He is a real danger to our country.

He must be removed from office immediately and barred from ever holding an elected office again. pic.twitter.com/zncFXwEFjg

DeGette’s office said the House plans to introduce the resolution Monday and that it charges Trump with inciting an insurrection. It also mentions the president’s phone call with the Georgia secretary of state in which Trump told the official to “find” votes that would help him overcome his defeat there.

“Donald John Trump engaged in high Crimes and Misdemeanors by willfully inciting violence against the Government of the United States,” the resolution reads. “He threatened the integrity of the democratic system, interfered with the peaceful transition of power, and imperiled a coordinate branch of government.”

“President Trump, by such conduct, has demonstrated that he will remain a threat to national security, democracy, and the Constitution if allowed to remain in office, and has acted in a manner grossly incompatible with self-governance and the rule of law. President Trump thus warrants impeachment and trial, removal from office, and disqualification to hold and enjoy any office of honor, trust, or profit under the United States.”

In an interview earlier in the day Thursday, DeGette said she also supported removing him via the 25th Amendment if Pence decides to invoke it.

All of Colorado’s congressional Democrats said in interviews or statements Thursday they supported either invoking the 25th Amendment, impeachment or both.

Rep. Joe Neguse, D-Colo., and his Democratic colleagues on the House Judiciary Committee issued a letter to Pence Wednesday evening asking him to invoke the 25th Amendment and have Trump removed from office.

By Thursday morning, Neguse and Rep. Jason Crow, D-Colo., who was hailed by members of both parties for his heroics while he and other members were trapped inside the House gallery Wednesday, both said they supported Pence invoking the 25th Amendment and if he did not, impeaching the president for a second time in his single term.

“If the Vice-President and the Cabinet are unwilling to perform their constitutional duty under the 25th Amendment, then the Congress must perform ours and pursue impeachment. Enough is enough,” tweeted Neguse.

“We have known for a long time that Donald Trump is violent and unstable. After what happened yesterday, 13 days is too long,” Crow tweeted. “He needs to be removed from office – whether it be invoking the 25th Amendment or impeachment. We must protect our democracy.”

And the push for Trump’s removal one way or another grew further strength when both Senate Minority Leader Chuck Schumer, D-N.Y., and House Speaker Nancy Pelosi, D-Calif., said Thursday morning they supported invoking the 25th Amendment or impeaching Trump.

By Thursday afternoon, two more Colorado Democrats – Rep. Ed Perlmutter and Sen. Michael Bennet – said they supported the invocation of the 25th Amendment, but neither spoke of support for impeaching Trump again.

“While the focus must remain on January 20th and the beginning of the Biden-Harris Administration, the 25th Amendment is the only way to remove Trump from office immediately which is why I’m calling on Vice President Pence and the cabinet to invoke the 25th Amendment today,” Perlmutter said in a statement. “This will ensure the peaceful transition of power to the new administration and turn the corner on this chaotic, unlawful and dangerous presidency.”

“I believe the president is unfit for office and the administration should invoke the 25th Amendment,” Bennet said in a statement.

Perlmutter added in an interview that Wednesday’s attempted insurrection, as several of the Democrats described it, had “brought a lot of anger out” of him, saying the president “fomented it in many ways and he whipped people into a frenzy.”

But Perlmutter also said he felt it would be “very difficult” to go through the entire impeachment process with what will at the end of Thursday be 12 days left before Biden and Vice President-elect Kamala Harris are inaugurated on Jan. 20.

But he added that if Pence and the Cabinet do not invoke the 25th Amendment that he believes there will be a desire for impeachment among some “to stop these chaotic move that we are seeing from the president” and to potentially keep him from ever holding public office again should he be impeached by the House and convicted in the Senate – something senators failed to do last year after Trump was impeached.

Crow, in an interview Thursday, said that he believes the “preferred method” for removing Trump would be through the 25th Amendment, but like Perlmutter, acknowledged that power lays in the hands of Pence, who has been loyal to Trump throughout their term. But he said that Pence and the Cabinet should think hard about the option after four years of loyalty.

“Actually, I think the responsibility also lies primarily with them. I mean these are folks who have been part of the problem, for the most part. The story isn’t as much about Donald Trump at this point as it is the enablers, the people around him, who have allowed this to happen,” Crow said. “So, they bear a responsibility that they can now address by taking some responsibility and taking some action to fix it.”

But he said he is not holding his breath that will happen and thus supports impeachment otherwise.

“If they’re not going to move and take responsibility for the safety and the welfare of our nation, and for the health of our democracy, then we will.”

Crow said he felt like more Republicans should do the same. Rep. Adam Kinzinger, R-Illinois, called for the 25th Amendment to be invoked Wednesday after the Capitol was overrun, and Rep. Steve Stivers, R-Ohio, has also said he would support such a move if it were made, though neither has said they would support impeachment thus far.

“This isn’t a Republican or Democrat issue, this is one that goes to the core of our democratic system, and patriotism and love of country. And all good Americans – Republicans or Democrat or unaffiliated – need to step up and do what’s right regardless of political affiliation,” Crow said Thursday.

The former Army Ranger, who said he was still wrapping his head around Wednesday’s experience, also said he felt that impeachment would be a good remedy so that Trump could never hold office again because he “is a very dangerous person, he is a very violent person and he is very unstable.”

“It is necessary for this president in particular. And that is a benefit of impeachment over other options, is that it prohibits the impeached person and removed person from holding office. Which again, he is a danger to the country and to our physical safety and to our national security, and I think that would be appropriate,” Crow said.

Sen. John Hickenlooper, D-Colo., tweeted Thursday night he would support any option to remove Trump from office prior to Jan. 20.

He also penned an op-ed in The Colorado Sun in which he reiterated as much and placed the blame for Wednesday’s events at the feet of President Trump and people whom Hickenlooper called his “enablers.”

“President Trump is clearly unfit for office. I supported impeachment a year ago, and the American people voted to remove him in November,” Hickenlooper said. “That’s finally happening on Jan. 20, when President-elect Joe Biden will take over and begin to rebuild our nation. President Trump and the thugs who attempted a violent coup can’t override the will of the people.”

“We’re all still shaken from yesterday’s violent attack on the US Capitol,” the newly-sworn senator said. “I’ve long believed that President Trump is unfit for office. He’s on his way out, but I’d support any option to remove him from power faster.”

Lindsey Curnutte, the spokesperson for Rep. Ken Buck, R-Colo., said the congressman was against invoking the 25th Amendment, saying “it sets a bad precedent.” Buck was the lone Colorado Republican not to object to the electoral vote certification in one of the states Wednesday.

He condemned the storming of the Capitol in a joint statement Wednesday with Gov. Jared Polis, a Democrat, saying in part: “The alarming scenes that are unfolding in Washington are something you might expect to see in countries far from our shores, not in our nation’s capitol, and certainly not in the hallowed halls or on the floor of Congress.”

The offices of Rep., Lauren Boebert, R-Colo., and Rep. Doug Lamborn, R-Colo., did not respond to requests for comment on Thursday.

Trump acknowledged his defeat in the 2020 election in a video posted to Twitter Thursday evening, saying that his administration will conduct a orderly transition with the “new administration.”

Alan Chen, a professor of law at the University of Denver’s Strum College of Law, said that he believed the 25th Amendment could be invoked for Trump under the constitution despite it not being used often, but said the big question surrounding it and possible impeachment would be timing.

“I think the reality of things is that it’s unlikely that the process can be completed before the inauguration, in which case it obviously becomes moot.”

Chen explained how even if Pence and a majority of the Cabinet agreed to remove Trump from power, he could petition Congress and dispute the move. The House and Senate would then listen to arguments from the vice president and Cabinet and would both have to vote with two-thirds of each chamber in favor to permanently remove the president.

He said he believes that since the House and Senate are both in recess until close to, or after Inauguration Day, with already short time left in the president’s term, that he doesn’t believe either will play out all the way.

“I think as much noise as we’re hearing about the 25th Amendment and impeachment, I think both of those approaches are unlikely to occur.”