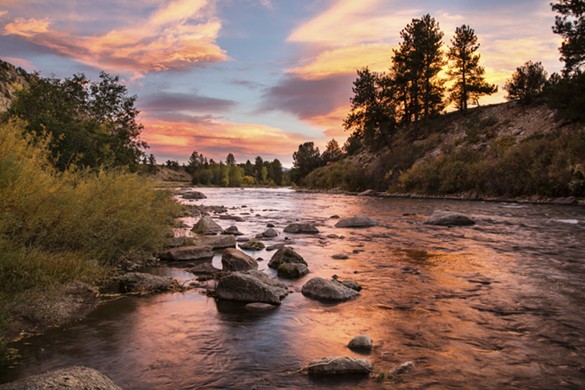 Rep. Diana DeGette, the Democrat representing Colorado’s 1st Congressional District, has introduced a version of the Colorado Wilderness Act each year since 1999.

This year, for the first time, it was referred by a House committee to be voted on by the full chamber.

“This bill will permanently protect 32 unique areas across our state from the threat of future development and the destruction caused by drilling for oil and gas,” DeGette told lawmakers on the House Natural Resources Committee. “It will help grow Colorado’s thriving tourism economy, and our multi-billion-dollar outdoor recreation industry.”

The bill would designate more than 600,000 acres of public land in Colorado as wilderness areas, the federal government’s highest level of protection. Wilderness areas are open to hiking, camping, hunting and other types of non-motorized outdoor recreation, but closed to development.

Committee members on Nov. 20 moved 21-13 to approve the Wilderness Act for a vote.

Here’s a few of the proposed protected areas:

Lamborn said that while he appreciated DeGette’s efforts to make sure areas used by the military for high-altitude aviation training could still be used for those purposes, he found the wilderness designation to be overly restrictive.

He added that Mesa, Montezuma and Dolores boards of county commissioners had all issued resolutions opposing the bill. One concern was that a wilderness designation could restrict fire mitigation near residential areas.

Another bill protecting wilderness areas in Colorado, which recently passed the House without much Republican support, is the Colorado Recreation and Economy Act, or CORE Act. That bill creates about 73,000 acres of new wilderness areas, protects 80,000 acres for outdoor recreation, and prohibits oil and gas development on 200,000 acres in the Thompson Divide.

The CORE Act could face an uphill battle in the Republican-controlled Senate, where Sen. Cory Gardner, the Republican from Colorado, has yet to declare his support.