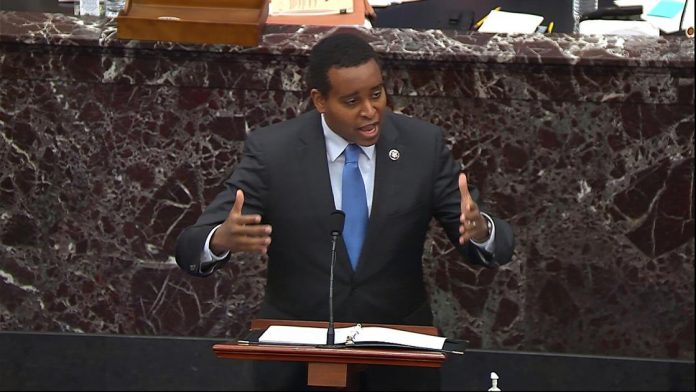 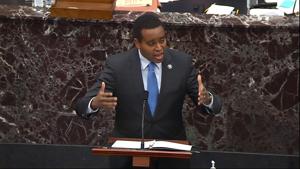 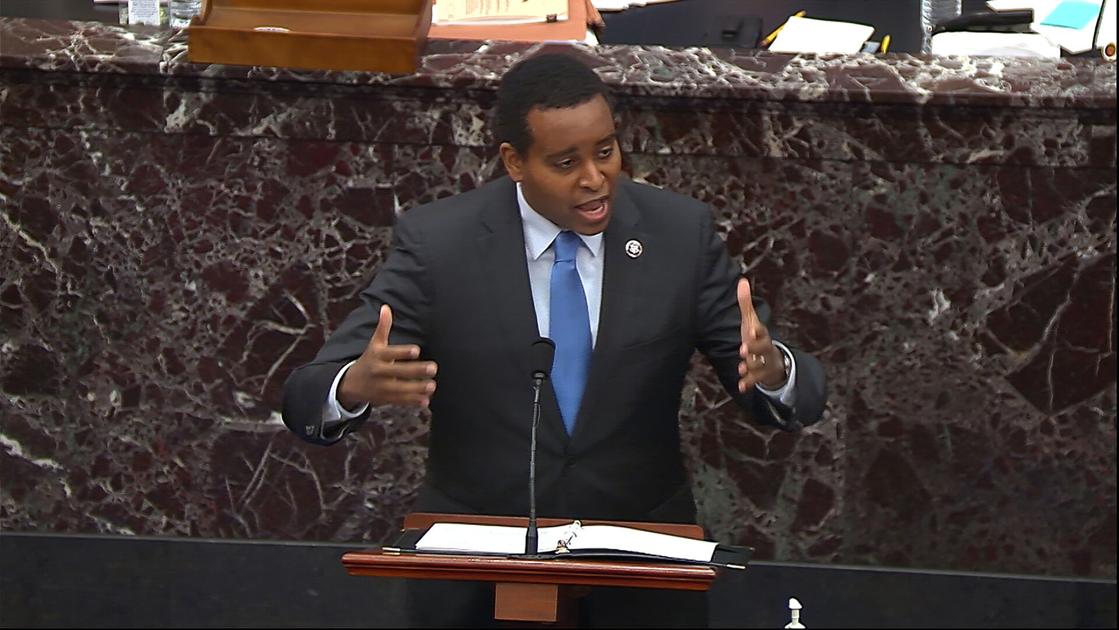 “That’s not how our Constitution works,” added the Lafayette Democrat, one of nine House managers prosecuting the case against Trump for a single article of inciting an insurrection.

House Democrats introduced their case in Trump’s historic second impeachment trial, arguing that there is no “January exception” to the constitutional power of impeachment — anticipating arguments advanced by Trump’s lawyers.

Neguse cited earlier instances when federal officials faced impeachment and Senate trials after they left office, detailing a corruption case made against William Belknap, a secretary of war in the Grant administration, who was impeached, tried and acquitted after he stepped down.

Neguse continued: “And if Congress were to stand aside in the face of such an extraordinary crime against the republic, it would invite future presidents to use their power without any fear of accountability. And none of us — none of us, no matter our party or our politics — want that.”

The evenly divided Senate was preparing to vote on the constitutionality of the trial, echoing a similar question voted on last month when U.S. Sen. Rand Paul of Kentucky asked his colleagues to reject holding the trial because Trump was no longer in office.

It requires a two-thirds vote in the Senate to convict in an impeachment trial, meaning 17 Republicans will have to side with the chamber’s Democrats.

Neguse also cited legal arguments made on both sides of the question by law professor Jonathan Turley, who argued that former President Richard Nixon could have been impeached and tried after he resigned.

Nearing his conclusion, Neguse pivoted from the historical and legal arguments he’d made.

“I have explained in great detail the many reasons why the argument President Trump advocates for here today is wrong. I just want to close with a note about why it is dangerous,” Neguse said.

Neguse said that U.S. Rep. Jamie Raskin, a Maryland Democrat and the lead impeachment manager, had recently made a case “that impeachment exists to protect the American people from officials who abuse their power and who betray them.

“It exists for a case just like this one. Honestly, it is hard to imagine a clearer example of how a president could abuse his office, inciting violence against a coequal branch of government while seeking to remain in power after losing an election, sitting back and watching it unfold.”

Striking a theme common to the opening arguments made by the House mangers, Neguse reminded senators that they were all victims of Trump’s alleged transgressions and were seated in the scene of the crime.

Referring to arguments made in the president’s lawyers’ filings and later in their own arguments before the senators, Neguse concluded: “I urge you, we urge you, to decline his request, to vindicate the Constitution, to let us try this case.”

Watch the entire clip below: