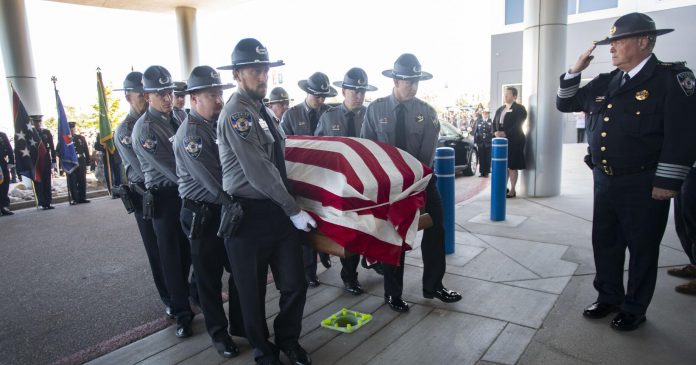 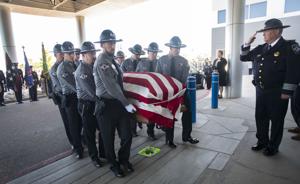 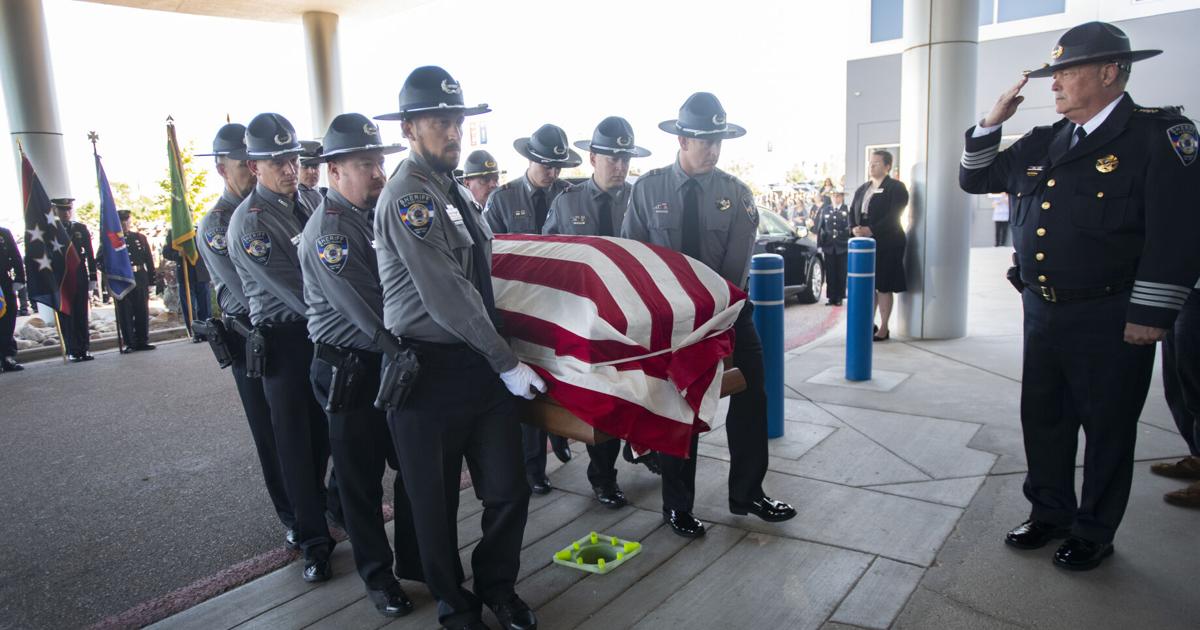 Peery was killed after responding to a shooting on Sunday, Aug. 7, in Widefield. Two others died, according to authorities.

Click or tap here to watch a replay video from the service.

A law enforcement processional to honor Peery will follow the service. The processional will go from New Life Church along Interquest Parkway to Interstate 25, then lead south to the Uintah Street (exit 143), then to Nevada Avenue southbound to Vermijo Avenue, then westbound to the El Paso County Sheriff’s Office at Tejon Street.

Gov. Jared Polis ordered flags lowered to half staff on all public buildings statewide for Monday to honor the life of Peery.

Supporters line the I-25 on ramp ahead of the procession for fallen Deputy Peery. pic.twitter.com/5wkqbg4TFb

El Paso County Sheriff’s deputies begin to move into the church. Followed by all others a moment later. pic.twitter.com/W98YpVvwUH

A fleet of motorcycles from the Denver Police Department at New Life Church for Deputy Peery’s memorial service. @csgazette pic.twitter.com/MuNuRhtwfR

A flag-raising ceremony was held Friday in honor of Peery.