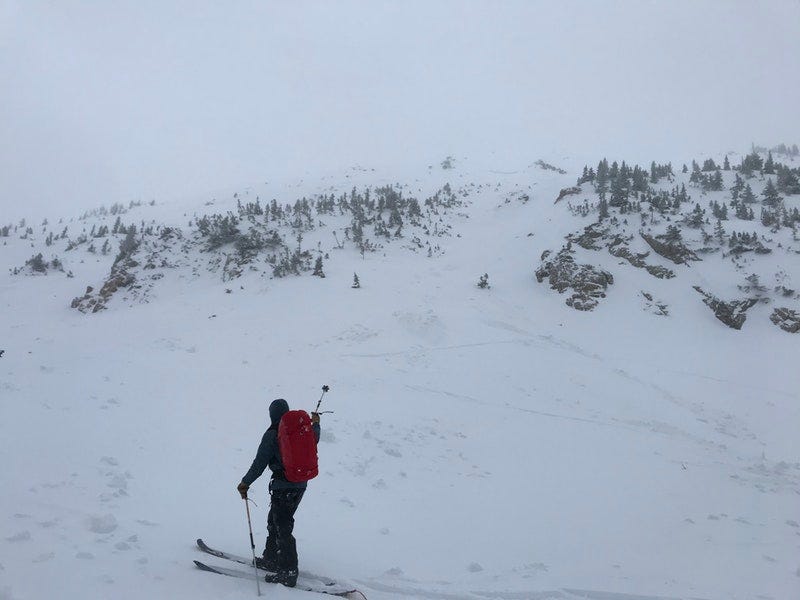 Michelle Lindsay had planned to “take it easy’’ on her first backcountry ski trip of the season.

She and her male companion, who had both skied South Diamond Peak more than a dozen times before in past years, checked off many of the recommended boxes to make sure their Cameron Pass ski trip would be safe.

But on her first run down the South Diamond Peak face, tragedy struck when Lindsay was engulfed by an avalanche in a narrow gully. Despite efforts to save the 29-year-old Fort Collins adventurer, she died from asphyxiation after being completely buried.

Lindsay, a Zumba instructor and registered dental hygienist, became the country’s first avalanche death of the season on Dec. 8.

The Colorado Avalanche Information Center released its full report on the avalanche Thursday, which included details from interviews with Lindsay’s companion, who was not named in the report.

According to the report, Lindsay and her companion left Fort Collins the morning of Dec. 8 with the intent of skiing the lower face of southern Diamond Peaks.

They checked the Colorado Avalanche Information Center’s forecast the night before and again while driving the 68 miles northwest through the Poudre Canyon on Colorado Highway 14, which offers inviting views of Diamond Peaks atop Cameron Pass.

They even discussed the avalanche danger, which the information center had rated moderate, or 2 on a level of 1 to 5, with 5 being most dangerous.

The avalanche forecast for that day warned of persistent slab avalanches on north through east-facing aspects near and above treeline. It also read: “The most dangerous areas are previously wind-loaded slopes. In these spots, you can trigger avalanches large enough to bury you. The drifted areas may be along gully walls or downwind of terrain features mid-slope.”

Despite the slight risk, the pair agreed they had enough backcountry skills to travel in those conditions, and they planned to “take it easy.”

They arrived at the Cameron Pass parking area about 11:30 a.m. They left the parking lot’s elevation of 10,249 feet and used the common skin track route to climb up the runout of an avalanche path. At treeline, about 10,800 feet, they discussed going higher on Diamond Peaks, a change from their original plans.

They determined the snow cover was thin and “that there was hardly any snowpack up there, just enough to ski.” They climbed to the southern summit of Diamond Peaks to assess snow conditions with the goal of skiing down a run commonly called the South Diamond Face. 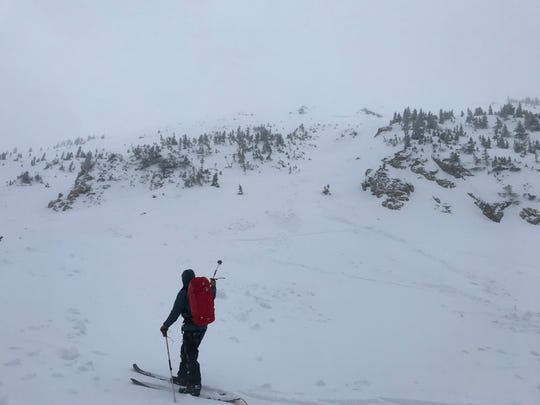 They headed south along the ridge toward the South Diamond Face and dug a snow pit near the top of the run to assess conditions. They found a 6- to 8-inch layer of “granular crystals,” which indicates a weak layer, under another 6 to 8 inches of hard-packed snow. They felt the lack of snow depth would keep any potential avalanches small and decided to continue.

They dug another snow pit at the top of the proposed descent route and found a similar snowpack. They once again discussed the risk and acknowledged there was some risk going down the face but planned their descent, identifying a safe location to regroup just in case.

Lindsay’s companion went first, skiing the southern side of the face until coming to a stop below a rocky area with shallow snow cover. He called for Lindsay to ski over to his location, and she did, safely. After assessing the situation, they decided Lindsay would go first on the next section and the two would regroup past an avalanche runout zone.

Lindsay was 150 feet below her companion, about 11,200 feet in elevation, when she triggered an avalanche mid-slope. Her partner watched the avalanche unfold around her but noted that it did not look very deep, maybe only up to the top of her boots.

He continued to see Lindsay in the avalanche, but the visibility was poor and she disappeared into the white cloud.

‘The situation was not good’

Lindsay’s companion descended the avalanche path once the snow stopped sliding, expecting to see her standing in shallow debris.

He didn’t see her.

He turned his avalanche beacon on and started searching for Lindsay. 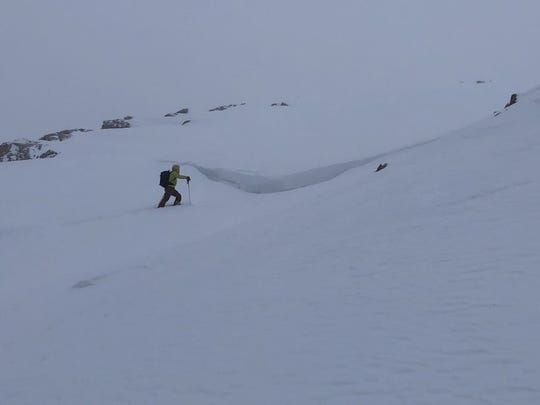 There is about a 30% chance of surviving being buried under the snow for 15 minutes with survival rapidly decreasing after that time.

Lindsay was found buried in more than 6 feet of avalanche debris. Despite the skiers’ attempts to revive her with rescue breaths, she never regained consciousness.

Ethan Greene, director of the Colorado Avalanche Information Center, said Lindsay and her partner did many things right to make sure their outing was a safe. They checked the forecast, were properly equipped, had experience, dug a snow pit and assessed the avalanche risk.

Greene said he did not interview Lindsay’s companion and didn’t personally write the final report. He said he isn’t establishing blame for the fatal accident but said there are lessons that can be learned from the tragedy.

Greene said the one thing in the report that jumped out at him was the pair had a major change of plans, going from initially planning to ski the lower portion of the peaks, where the avalanche risk was low, to going to the top of the peak that had characteristics of avalanche problems.

“Not to say you can’t ever change your plans, but that was a really big change of plans,” Greene said. “When making a change of plans that dramatic, you have to ask yourself why you are doing it and what information do you have that makes you believe it is a good decision.”

Lindsay and her partner dug snow pits that measured about a foot. They identified signs the snow could slide but determined there was not enough snow for a deadly avalanche. 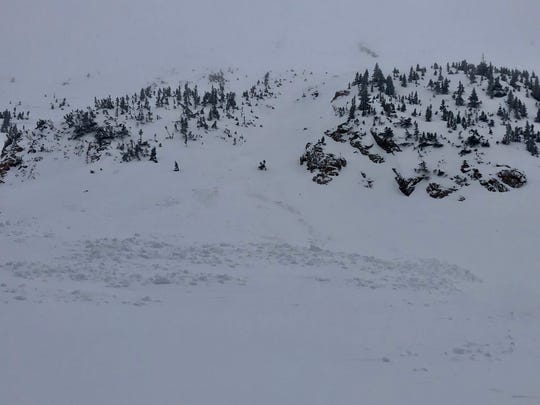 Shown is the avalanche on South Diamond Peaks at Cameron Pass that killed a Fort Collins woman on Dec. 8.

However, the forecast warned of particularly dangerous areas such as northeast facing slopes near or above treeline, particularly in previously wind-driven areas. Lindsay triggered the avalanche in just such a gully, which had as much as 4 feet of snow in it.

“A lot of emphasis now in avalanche education is understanding and interpreting what the forecast is saying and using that to apply it to your goals,” Greene said. “We see problems in the way people are interpreting and using information, especially in our danger scale. Level 2, or moderate, can still be fairly dangerous, especially in areas we outline in our forecasts. But sometimes that is not being interpreted. We are working on better describing the conditions to help people make good decisions.”

The avalanche danger Dec. 8 on Diamond Peak was rated moderate, or 2 on a scale of 5. Nearly 40% of avalanche fatalities in Colorado occur at that level.

“Most avalanche deaths in Colorado occur at levels 2 and 3,” Green said. “That’s because at level 1 you can go a lot of places and the chances of an avalanche are pretty low. At levels 4 and 5, the risk is pretty obvious and most people stay home.”

Lindsay’s death coincides with an early snow season in Colorado. There were 130 avalanches in the state the first week of December alone, according to the Colorado Avalanche Information Center.

Miles Blumhardt looks for stories that impact your life — be it news, outdoors, sports, you name it he wants to report it. Have a story idea, send it his way. Email him at milesblumhardt@coloradoan.com or find him on Twitter at @MilesBlumhardt. If you find value in these stories, support Miles and the other journalists at the Coloradoan by subscribing at Coloradoan.com/subscribe