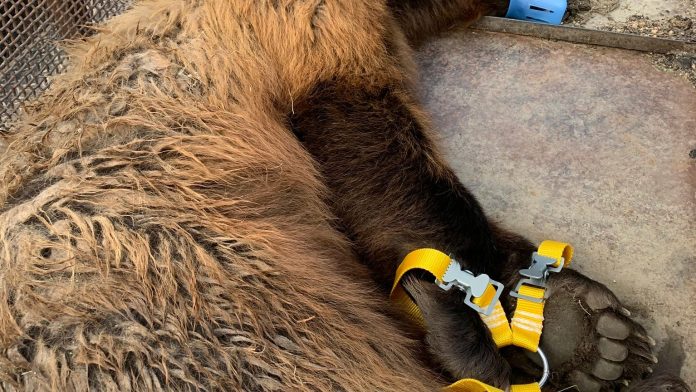 One man’s trash is another bear’s treasure, and that is causing trouble in Colorado.

Colorado Parks and Wildlife’s annual human-black bear conflict report showed trash was by far the No. 1 cause of reports in 2020, accounting for one-third of the nearly 5,000 reports the agency received.

Trash was traced as an attractant in 1,661 reports. The next closest was bird feeders at 411 reports, followed by livestock at 391 and unsecured chicken coops 254.

Fire vs. elk: A look at how the herd fared in the Cameron Peak Fire

The state’s drought and historic wildfire season exacerbated the situation.

Due to COVID-19 concerns, many firefighters and construction crews used spike camps near where they were working to spread out and reduce the risk of spreading the virus. The fire at times had more than 1,000 people working it.

“Most of what we had this year was a lot of bear conflicts with firefighters,” Surface said. “They were keeping clean camps, and we worked with them the best we could, but it was a really difficult situation with how mobile everything was. The bears were just coming and going in those areas.”

Surface said there was an increase in home break-ins by bears in the fire area due mainly to people being evacuated for long periods of time.

“We had a month where two to three bears were going from house to house and breaking in because there was no one there for them to be afraid of,” he said. “The good news was those houses were unoccupied and so we didn’t have those encounters.”

CPW Area 8 Wildlife Manager Matt Yamashita, whose Glenwood Springs territory has the highest number of human-bear conflict reports, said 2020 was a fairly normal year for bear activity but that there were still a substantial number of conflict bear calls across the state.

Fort Collins had at least two bears removed from the city and many reports of bears roaming the city last year, with seven reported at one time during the fire, Surface said. The bears did little damage.

Even though reports were slightly down, Yamashita said wildlife managers are hesitant to draw conclusions from one year to the next but instead rely more on trends over several years.

Watch: Family reunited with dog 10 months after he went missing

Knowing where to go for easy calories, the bear pokes around more, maybe snacking on pet food left out, consuming human or pet food in a garage or smelling gum left in a vehicle. Bears are said to have the keenest sense of smell in the animal world, with black bears conservatively able to smell food from a mile to two miles away and longer in the right wind conditions.

Then it can get personal, with the bear breaking into a home, garage or vehicle.

Last year, CPW documented 362 reports of bears breaking into homes, cabins and closed garages. Breaking into a home is the leading cause of bears being put down by CPW.

Yamashita said the best way to keep bears from getting into trouble is to secure trash and not have bird feeders out from March until after Thanksgiving. At the least, the bird feeders should be brought in at night during these times.

CPW often hears complaints of the agency killing bears that have, sometimes not by their fault, gotten into trouble with humans. Yamashita said the agency has a policy that guides response to bear conflicts depending on the severity of the issue, including first preventing or mitigating conflicts, then relocating, and as a last resort euthanizing.

“The goal of every wildlife officer in Colorado is to perpetuate the wildlife resource, not eliminate it,” he said.

Yamashita said people should not be hesitant to report bear conflicts for fear of the bears being euthanized, adding that catching conflicts early is the key to keeping people and bears safe.

Here are the number of reported conflicts in 2020 by areas as defined by Colorado Parks and Wildlife and the major city or town in the area: