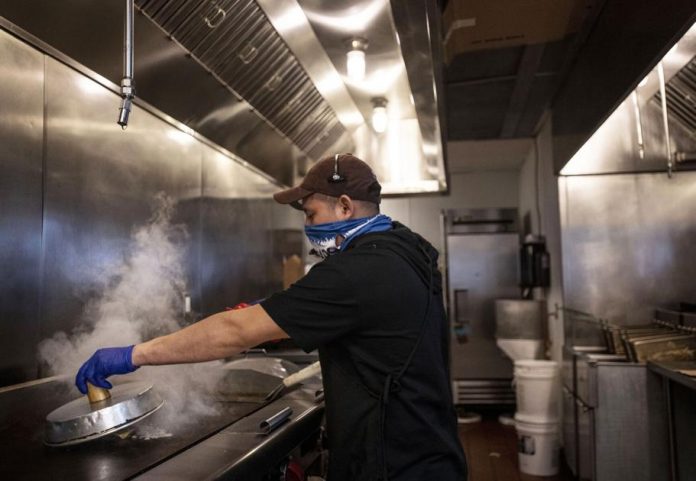 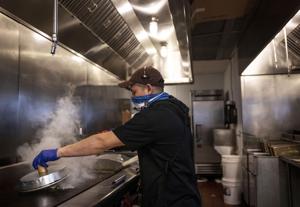 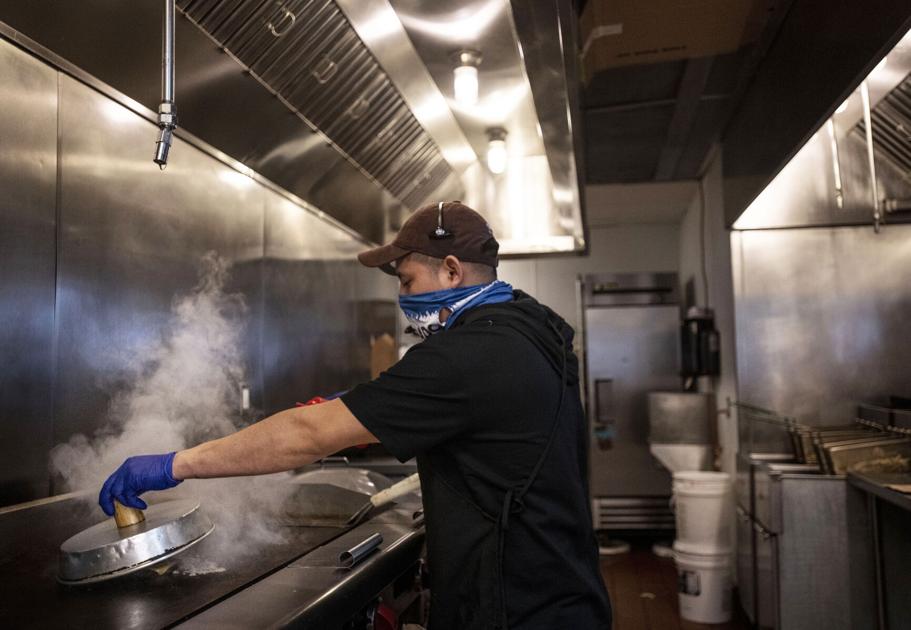 In an industry where competition is fierce, labor is tough to find and profit margins are razor thin, restaurant owners are on the lookout for attractive locations. It’s a choice that can help make or break their businesses.

As a result, regional and national brands expanding to Colorado Springs or local mom-and-pops looking to grow don’t hesitate to pounce on restaurant sites when they become available — sometimes because of the financial troubles of their rivals.

In-N-Out Burger recently tore down an Outback Steakhouse, where it will construct its second restaurant after opening its first Springs location last year; Krispy Kreme Doughnuts plans to raze a shuttered Village Inn and rebuild; and Lazy Dog Restaurant of California knocked down the My Big Fat Greek Restaurant building in favor of a location that opened in 2019.

Five Taco Bueno sites that closed in 2018, a year before the Texas-based chain declared bankruptcy, still stand. But they’ve been remodeled by a variety of food and beverage concepts — some of whom say the empty buildings offered them the perfect landing spot for their growing restaurants.

But the Union-and-Academy building was so tiny that he didn’t have room to store big boxes of potatoes, while the lack of a natural gas line forced him to use table-top, electric fryers to cook his popular seasoned and classic french fries, Hernandez said.

As he looked for larger digs, Hernandez’s real estate broker took him to the former Taco Bueno on Austin Bluffs.

Not only was it only a few minutes away from his Union-and-Academy location, but it had the restaurant infrastructure that he lacked, Hernandez said.

“It was pretty much outfitted exactly how we needed it,” he said. “It had the ventilation hoods we needed where we needed them. It had a big enough walk-in freezer and refrigerator for us. The dry storage and dining room was all ideal.”

The building’s industrial-grade, natural gas line also allowed a tenfold increase in the amount of fries he could cook, Hernandez said.

“It was such a perfect fit that we moved forward with the lease,” Hernandez said upon seeing the building, where he opened in late 2018.

The transformation of restaurant sites — through demolitions or remodelings — isn’t new; it’s gone on for decades in Colorado Springs and elsewhere.

These days, however, the makeovers take on added significance in the Springs, whose growing population, quality of life and strong, pre-pandemic economy make it an increasingly attractive market for restaurants who are jockeying for the best sites.

Though the industry has been hit hard over the last year by the COVID-19 pandemic, which forced temporary dining room closures, there’s a pent-up demand for eating out and some restaurants are poised to resume their growth plans, said Mark Useman, a senior broker with NAI Highland, a local commercial brokerage.

“People want to go out and socialize, they want to get out,” Useman said. “That isn’t going to change. And there are a lot of smart restauranteurs right now that are looking around for opportunities.”

In general, what makes a restaurant site attractive?

Being near “drivers” — venues, attractions and other places where large numbers of people gather — is one of the biggest factors that can influence a restaurant’s success, said John Imbergamo, a Denver-based industry consultant.

In Denver, the historic Larimer Square area in downtown is a popular tourist attraction and gathering spot for office workers, which drives customer traffic to nearby restaurants, he said. Coors Field, Ball Arena, Empower Field at Mile High, the Denver Center for the Performing Arts and the Colorado Convention Center all fuel business for restaurants, he added.

Neighborhood restaurants that aren’t near large people generators, meanwhile, succeed by being within a mile or two of homeowners and renters, Imbergamo said. Visibility, motor vehicle traffic and “awareness” — the ability to market themselves and be one of a half-dozen restaurants that come to mind when people consider dining out — also are vital, he said.

To help find a good location, large chains have sophisticated modeling techniques to analyze demographics and determine whether a site will work for them, Imbergamo said.

Independent restaurant owners don’t necessarily have the same resources to make site selections, Imbergamo said. They might look at traffic counts and survey a neighborhood to see what’s missing food-wise. Mostly, however, “they make a decision based on economics and their gut,” he said.

As Academy Boulevard has aged, Powers Boulevard has become a hot destination for local and chain restaurants because of thousands of homes built along its east and west sides over the last 20-plus years, said Mike Berger, a broker with Weichert Realtors Pikes Peak Group. He’s marketing the former Village Inn site at Powers and South Carefree Circle that Krispy Kreme plans to redevelop.

Many of those residential areas along Powers also boast higher household incomes than older parts of town, which restaurants also want, he said.

The Village Inn property has all of those advantages, Berger said. Even if it wasn’t available, Krispy Kreme was considering other nearby sites, he added.

That’s why some restaurants that want to locate along Powers will identify a site but will have to raze an existing building because it’s outdated or doesn’t work for their concept, he said.

“In some cases … it warrants tearing them down because the prototype they have doesn’t fit in that old building,” Useman said.

In fact, chain restaurants are identified by more than just signs and logos, Imbergamo said. They construct their own buildings to ensure it has a familiar look and feel, which sends a signal to their customers that the restaurant has arrived in a particular part of town, he said.

Not every restaurant must be torn down to accommodate a new user, however, as Santana’s Vegan Grill showed by taking over the former Taco Bueno on Austin Bluffs.

Existing buildings can serve as so-called second-generation restaurant sites, “and you just change the aesthetics to fit your brand image,” Imbergamo said. “If that’s cheaper than building a new building, then you do it.

“Many second-generation restaurants are done by independents because independents are smart enough to know the infrastructure is in place in those restaurants,” he added. “Hoods and grease traps and restrooms and things like that. Things that customers don’t associate with brands, but that are critical to the operation of the restaurant, are done. And when you lease it, in some cases, all that stuff comes along with the lease.”

Another of those key pieces of infrastructure: drive-thrus. All Taco Buenos had them, which proved essential for restaurants trying to survive the pandemic over the last year.

“The drive-thru,” said Hernandez, of Santana’s Vegan Grill, “is honestly what I think helped us make it through the shutdowns of COVID, when we had to close the lobby.”