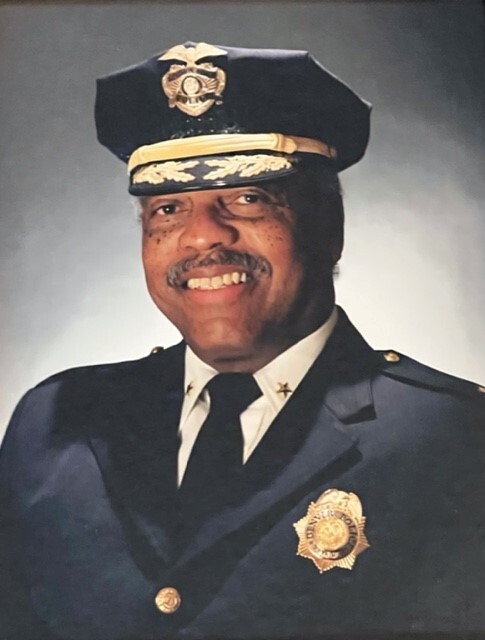 DENVER — In recent years, the Denver Police Department has been vocal about its efforts to recruit and retain officers from diverse backgrounds. Before those efforts many years ago, there were a select few who joined the ranks when most of their counterparts didn’t look like them.

“This department is forever thankful for you and your family for what you have given to this community. We’re honored to continue to carry on your work and legacy,” said Denver Police Chief Paul Pazen during a special ceremony on Thursday at the Blair-Caldwell African American Research Library.

Smith, born and raised in Denver, was a track star at Manual High School and received an athletic scholarship to attend the University of Colorado Boulder. He earned a bachelor’s degree in physical education and later a master’s degree in sociology.

In 1959, Smith joined the Denver Police Department and went on to serve 36 years. He rose through the ranks, eventually earning the distinguished title of division chief.

He was the fourth Black division chief in the department’s history. Smith’s continued success came during a tumultuous time for the nation, as the Black community fought to end segregation.

“There was one incident… And I can’t remember the full details of it, but the thing that rings in my brain (was) the question… ‘How can you do this, but I can’t do this?'” he said.

“I remember Martin Luther King. Knowing him, speaking to him… having lunch with him,” Smith said.

Naysayers were no match for Smith. One of his career highlights was creating metro Denver’s Crime Stoppers program, which was sponsored by Denver7 at the time.

“It was a step in the right direction. Denver needs to keep up with current activities and crime prevention was the key,” Smith said. “Some of the arrests we made based on that (program) were just unbelievable.”

Smith also remembers the program fondly for other reasons.

“The key word was, ‘if’ you have information on this or any unsolved crime, you can earn up to $1,000… You know, that was the key, and money talks, ” he said through laughter.

In his time at the Denver Police Department, Smith built a large family of his own — one of the things he’s most proud of.

“My family and wife always supported me,” he said.

He has six children and 10 grandchildren.

In the same way Smith created a legacy for his grandchildren, Smith’s own ancestors forged the way for him. His grandfather, Thomas Earnest McClain, was the first Black dentist to be licensed in the state of Colorado.

“(He) reminds me of a passage, Isaiah 6:8, that said ‘You hear the voice of the Lord saying, who shall I send?’ and someone said, ‘Send me and I will go,'” said Sgt. Carla Havard of Denver police.

Smith is notably humble about his life and service but expressed deep appreciation for recognition.

“I see now that the job I did was appreciated,” he said.

This week, a proclamation honoring Smith was presented to the Denver City Council. An exhibit honoring him will be displayed at the Blair-Caldwell African American Research library through the end of the month.