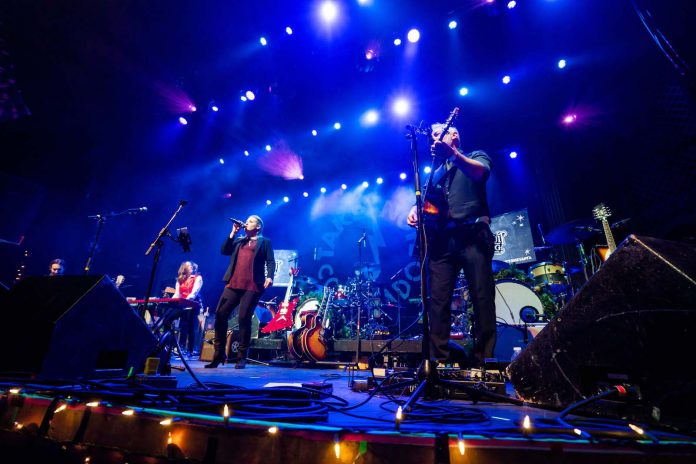 We’re all familiar with the age-old saying that it is “better to give than to receive.” It’s an adage that is often touted during the holiday season as a reminder that the gift-sharing season should be focused on what you can give, rather than what you can get – and rightly so. However, while it feels good to give back, receiving a gift is never a disappointment – so, wouldn’t it be ideal if we could have the best of both worlds? Saturday night, FM radio station 97.3 hosted an evening that provided exactly that. This weekend, they brought Icelandic band Kaleo to the Ogden for a night of giving back that also served as a perfect treat for the holiday season. 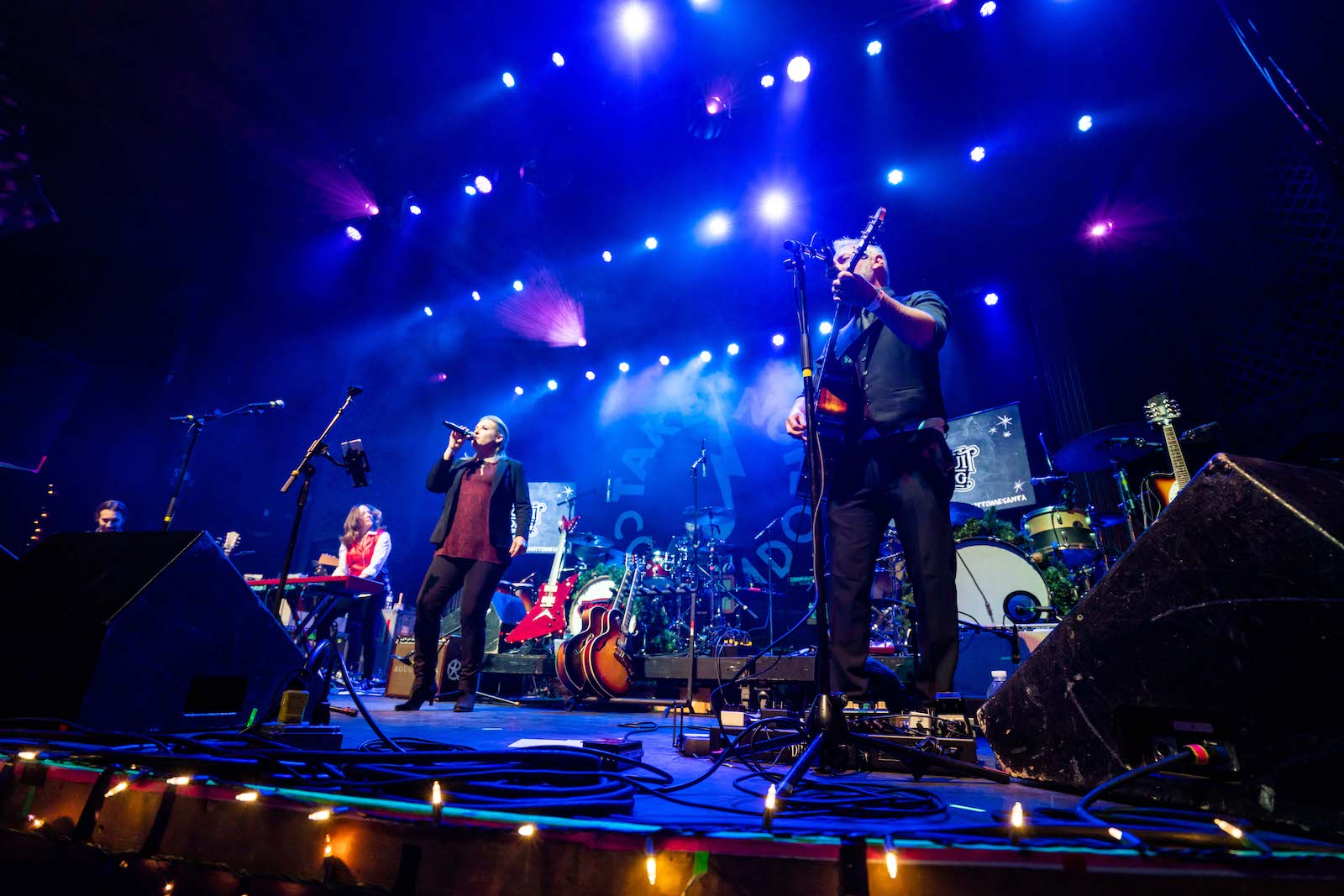 The Ogden Theater was home to the sixth installment of “Sing It To Me Santa,” a fundraising event that supports music education throughout Colorado. Since its inception in 2014, “Sing It To Me Santa” has been organizing benefit concerts, boasting big names such as The Fray and The Record Company. Each year, the proceeds from the event benefit Take Note Colorado, an organization dedicated to providing music education to students within Denver Public Schools. 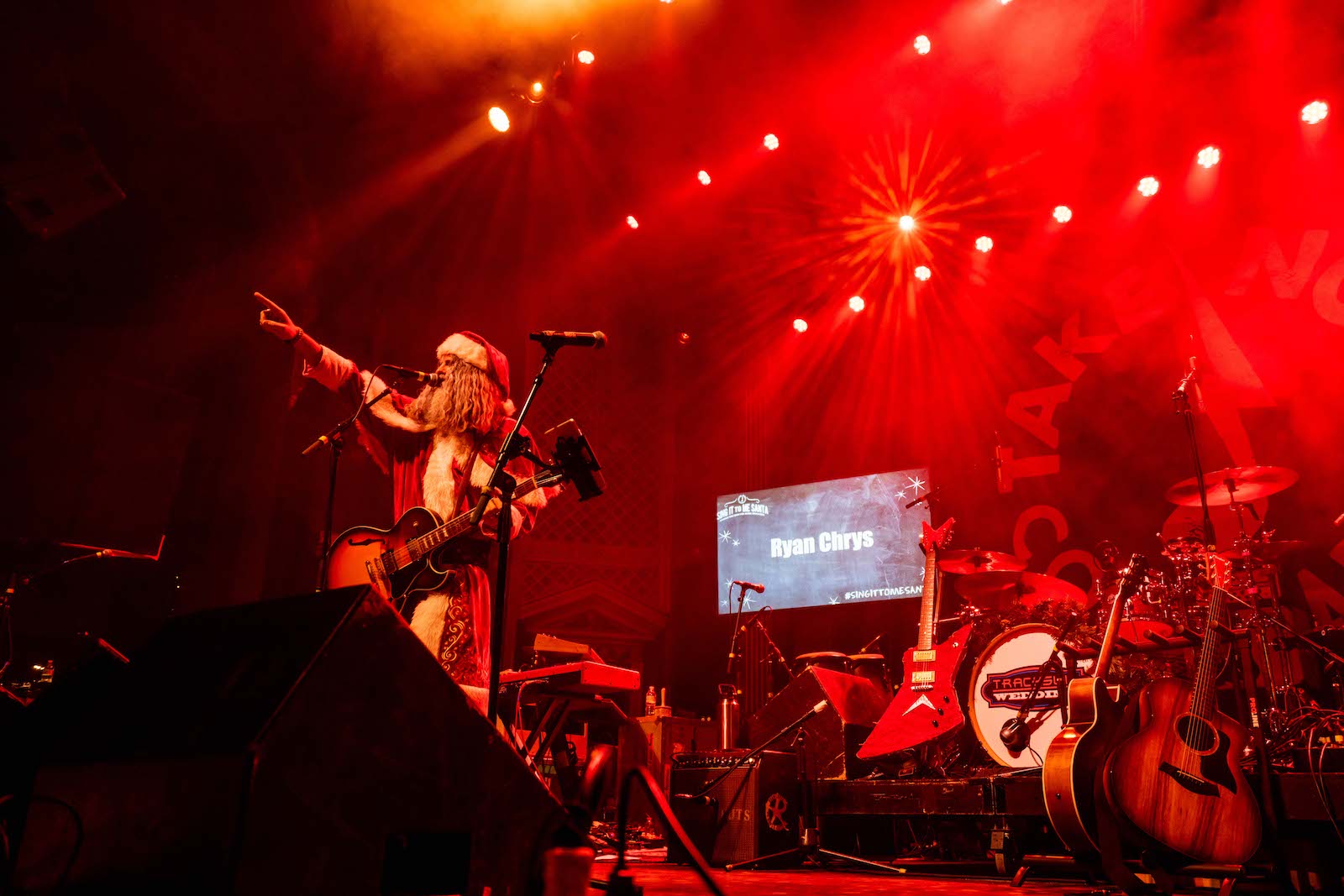 Joined briefly by Raquel Garcia, a student from the Denver School of the Arts, Tracksuit Wedding shared the stage with some of the local scene’s young talent who has benefited directly from investment in Colorado music education. Then, for a festive treat, the Denver rock-group was joined by the Mile High’s very own rock ‘n’ roll Santa Claus, who shredded on the electric guitar. 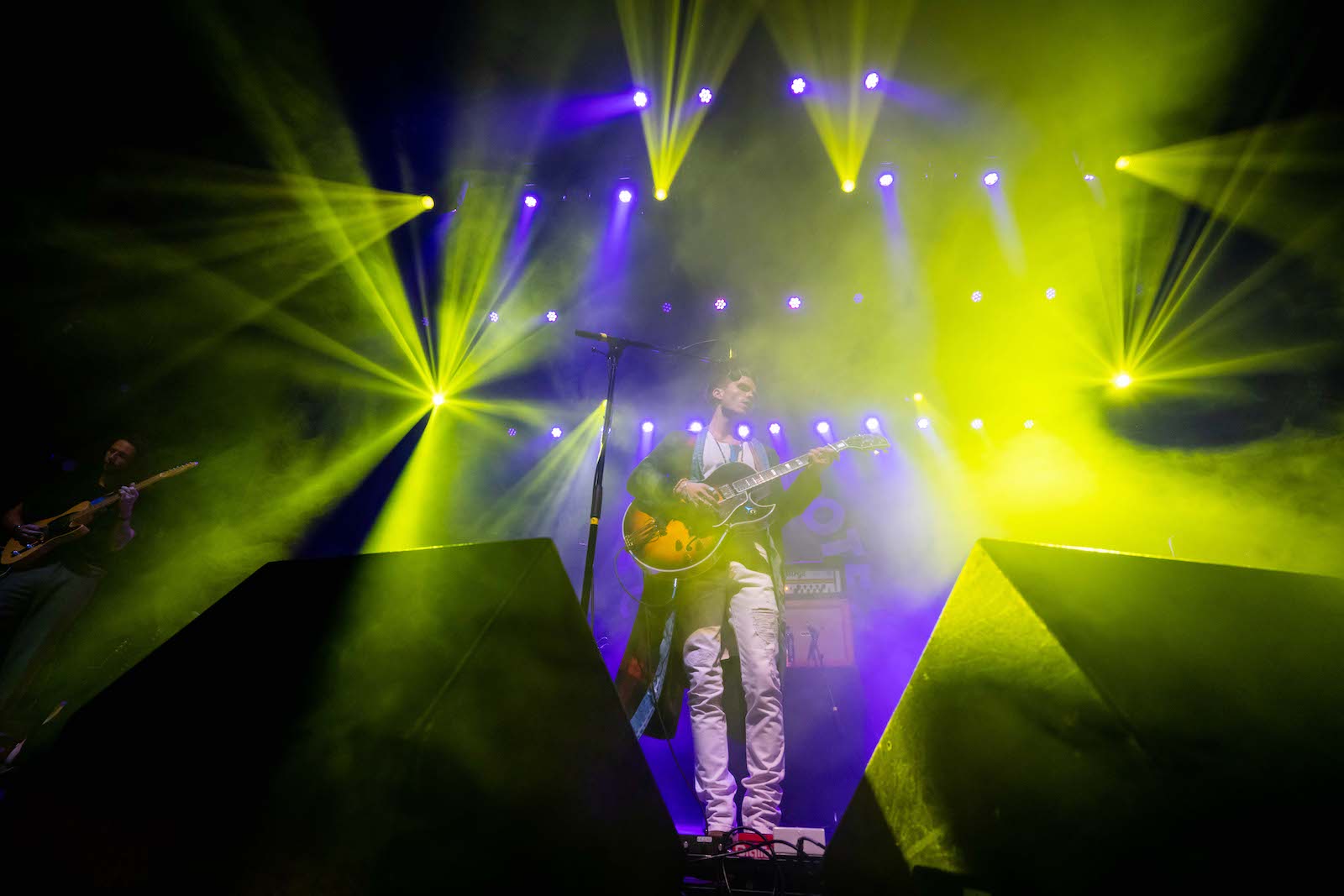 While talented musicians from the local scene energized the crowd, it was the anticipation of Kaleo’s performance that kept the Ogden buzzing. The Icelandic folk-rock group first rose to fame following the release of their single “Way Down We Go” – a single which received plenty of airplay on local FM stations. Since then, they’ve amassed a dedicated following who continues to sell-out their shows across the country, despite having only released one full-length album.

Though their discography may be short, Kaleo’s distinctive sound is more than enough to distract from their brief repertoire. Their debut album, A/B, is full of nothing but fan-favorite songs, and during their performance on Saturday night, Kaleo played them all. 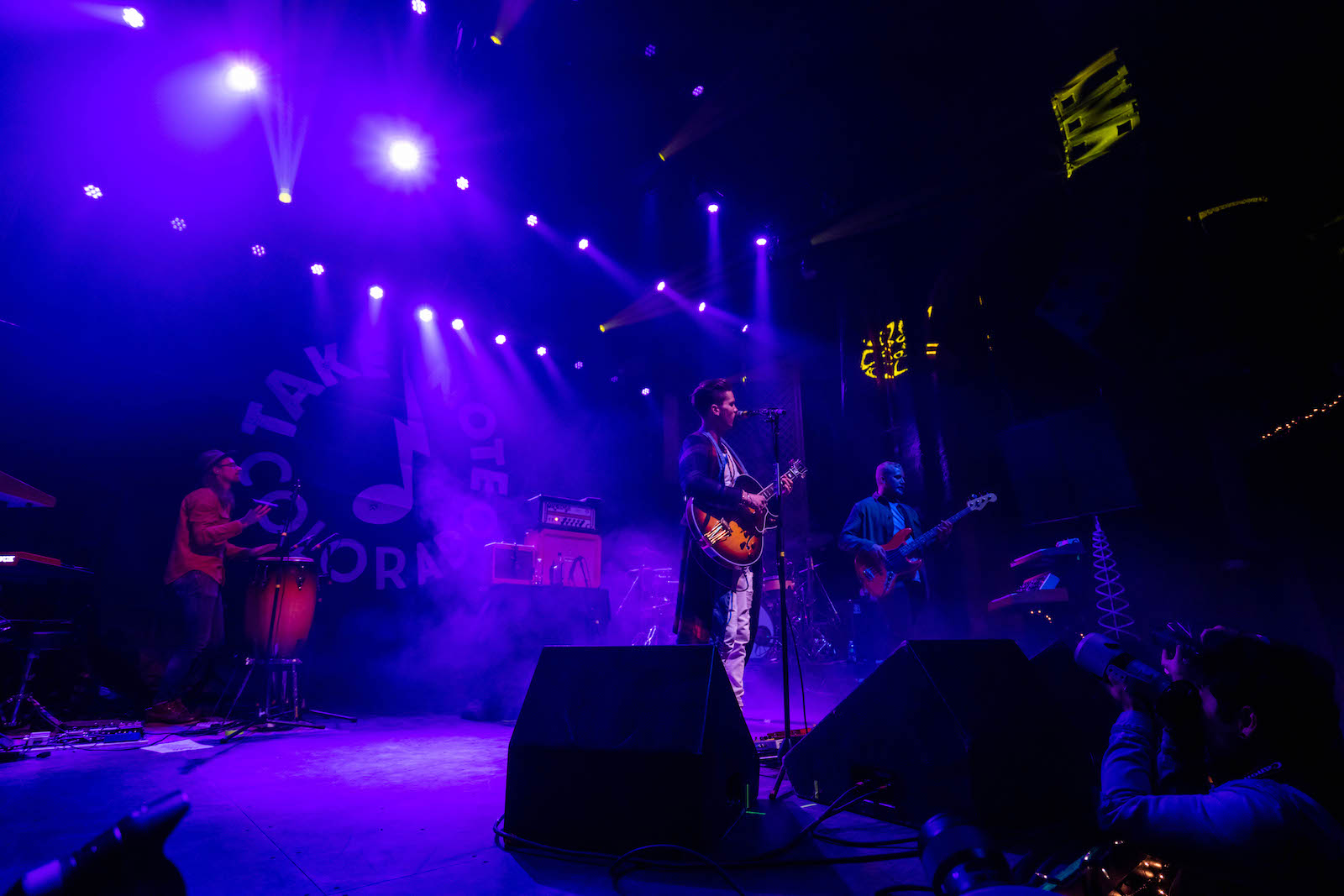 Frontman Jökull Júlíusson’s voice carried over the crowd, seeming to move through them as they grooved throughout the venue. Omitting the typical interludes when most bands would share stories with their fanbase, Kaleo chose to let their music speak for them – and with their powerful sound and thought-provoking lyrics, not much else needed to be said.

The energy of the evening continued to grow as Kaleo eased through their set with the practiced confidence of a veteran band. Balancing the high-energy of songs like “No Good” with moments of calm during songs like the “All The Pretty Girls” and a cover of “Bang Bang (My Baby Shot Me Down),”  the folk-rock group delivered more than Denver could have hoped for – leaving nothing to be desired except for another chance to see Kaleo perform again sometime soon. 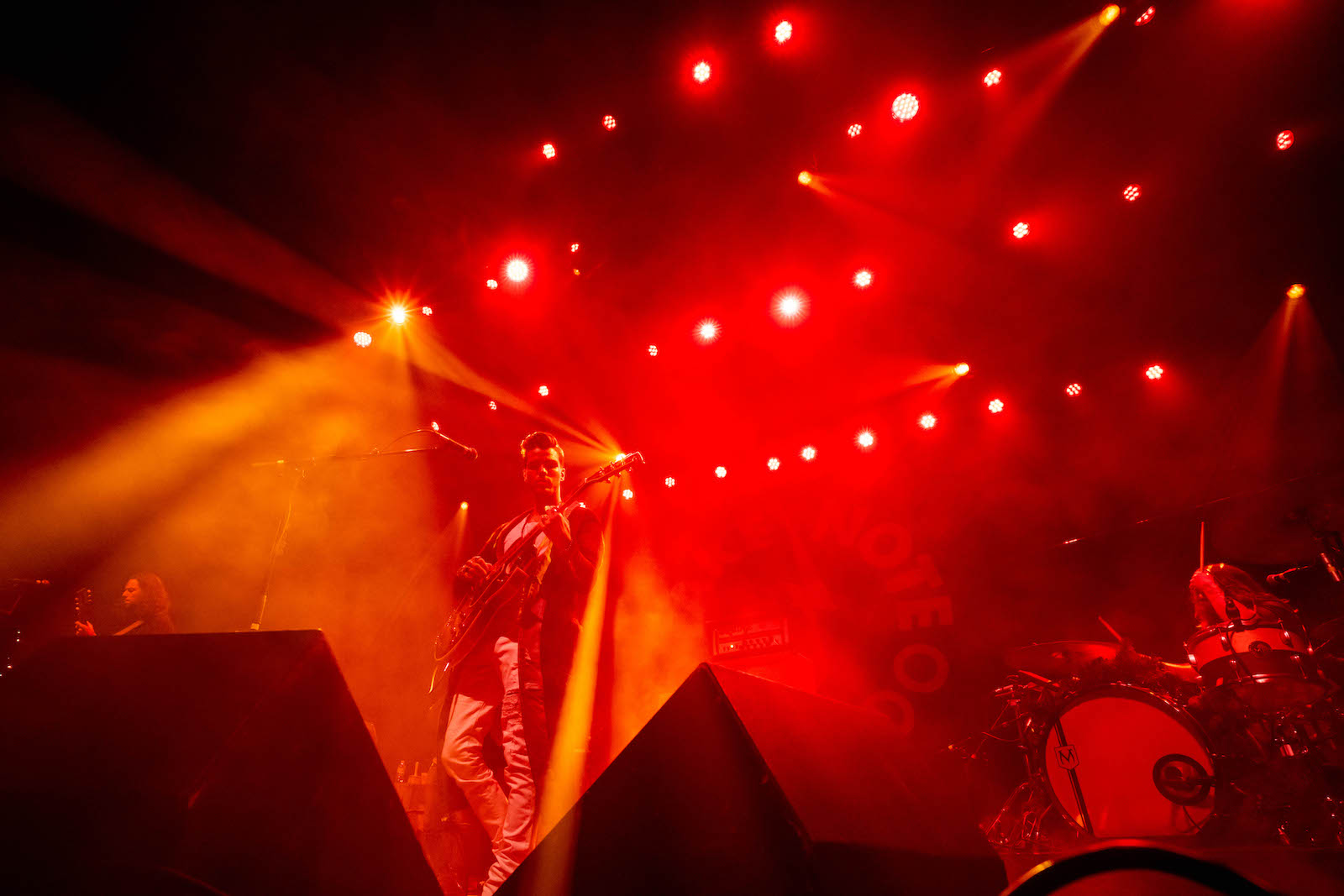 Sing It To Me Santa is auctioning an Eastman electric guitar autographed by the members of Kaleo. Proceeds from the auction will benefit Take Note Colorado. The auction ends on December 11. You can bid on the guitar here.

All photography by Meg O’Neill.