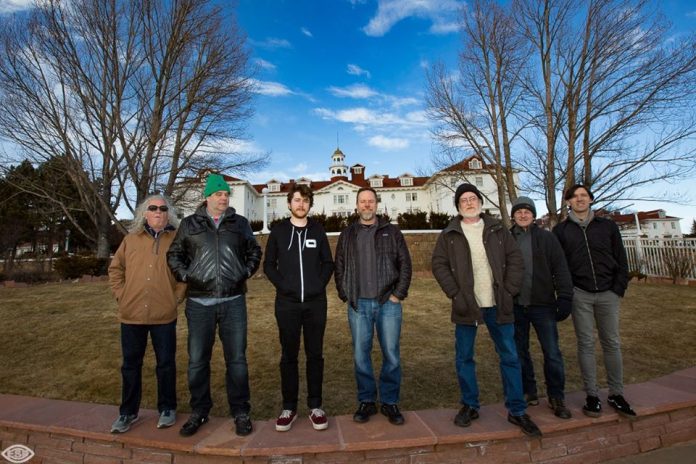 Jersey boys and beloved jam-grass band Railroad Earth graced the iconic Stanley Hotel Friday and Saturday nights for an all-weekend party. Set atop the hill overlooking the snowy town of Estes Park, the Stanley was the perfect location for the post-Christmas, pre-NYE celebration. Hundreds of Railroad Earth “Hobos,” the nickname for the band’s diehard fans, roamed the grounds and haunted the halls of the infamous spirit-dwelling hotel between two raging shows at the Stanley’s concert hall. Sitting at an intimate 550-person capacity, the concert hall was just big enough for everyone to spin, whirl and twirl — and just small enough that there was not a mediocre seat in the house. 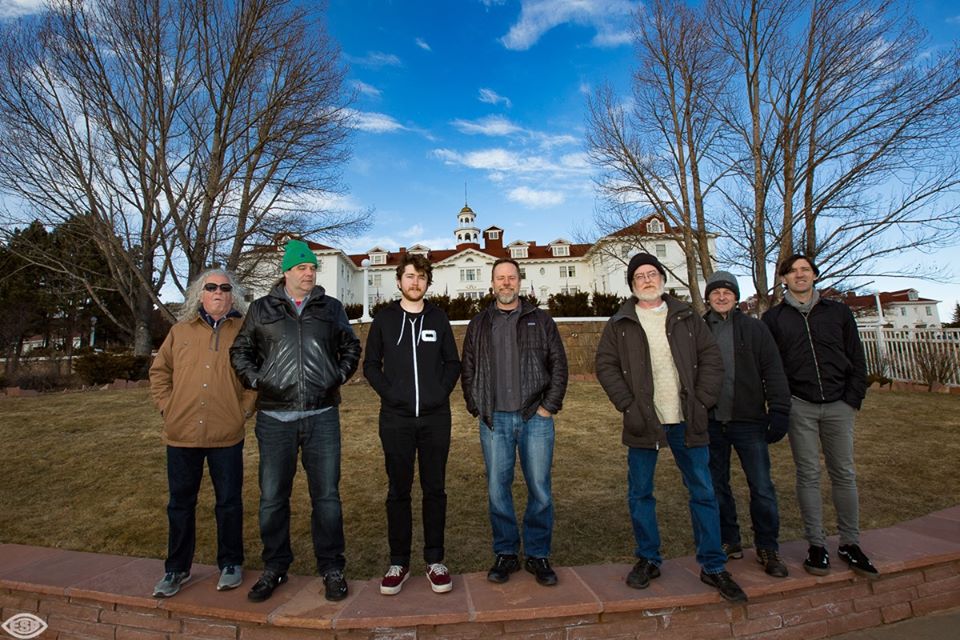 With folks still being very much in the festive spirit, official themes were decided for each night to encourage folks to dress up and show up in their finest costumes. The theme of Friday night was “Chasin’ A Rainbow,” a tune off of the band’s Last of the Outlaws, which they naturally played during the second set. Looking out at the crowd from the front row, the rainbow apparel sported by the crowd created quite a groovy ambiance for the evening. The wigs, feather boas, and sequins were overwhelming as the band took us through an incredible two-set performance. 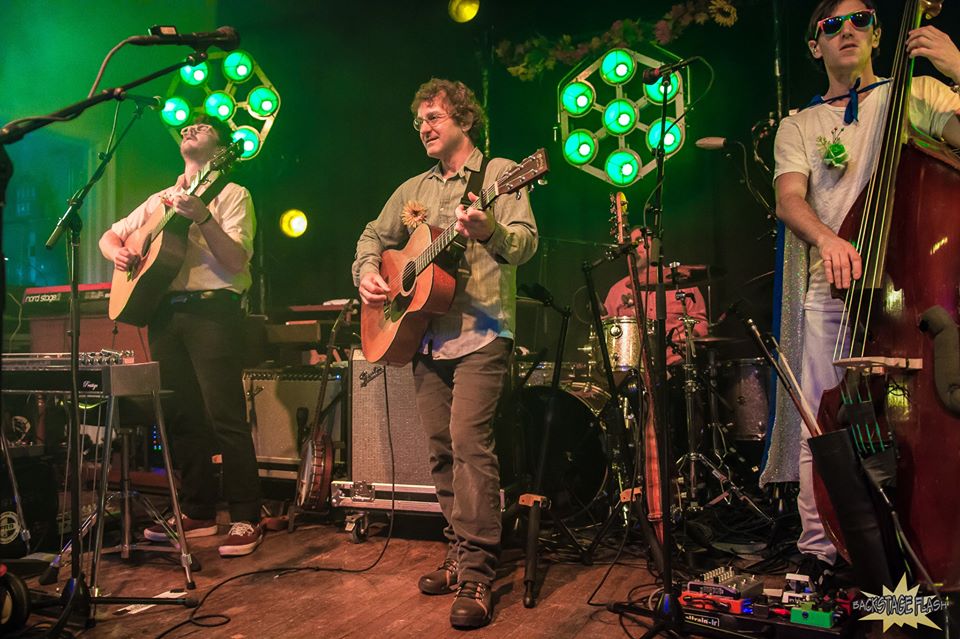 Opening with their adopted rendition of Tim O’Brien’s “Walk Beside Me” to set the pace for a heater of a show, the band rolled through a flawless first set full of originals, including “When The Sun Gets In Your Blood,” “The Forecast,” and an awesome, jammed-out “Grandfather Mountain.” With the overwhelming amount of talent onstage, it was inevitable that the first set also saw two instrumentals, “420” and “Farewell To Isinglass.” Frontman Todd Sheaffer passed the reigns to the fiddle master Tim Carbone for “Crossing the Gap,” who took over vocals for the tune and received a stupendous applause from the crowd. 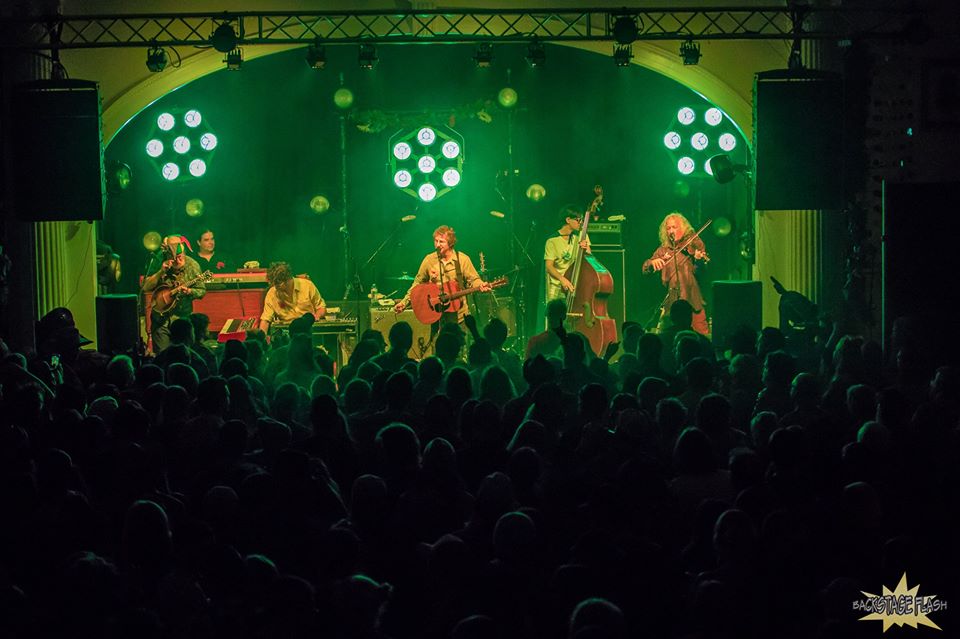 The lengthy second set was one for the history books, which began with an opener of “Saddle of the Sun” and a tear-jerking “Storms.” The bust-out of the evening was “Black Bear,” one of the rarer tunes played that night, which set the stage for the remainder of the show. The instrumental “Dance Around Molly” got everyone moving, and transitioned beautifully into a raucous “Dandelion Wine.” Two songs from their latest album, “Only By The Light” and the title track “Captain Nowhere,” sandwiched a “Colorado” that was all too fitting for the location. Fan favorite “Mighty River” came before “Happy Song” to close out the second set, with an encore of the newly released single “The Great Divide” to show that through trial and tribulation, Railroad Earth is a strong as ever. 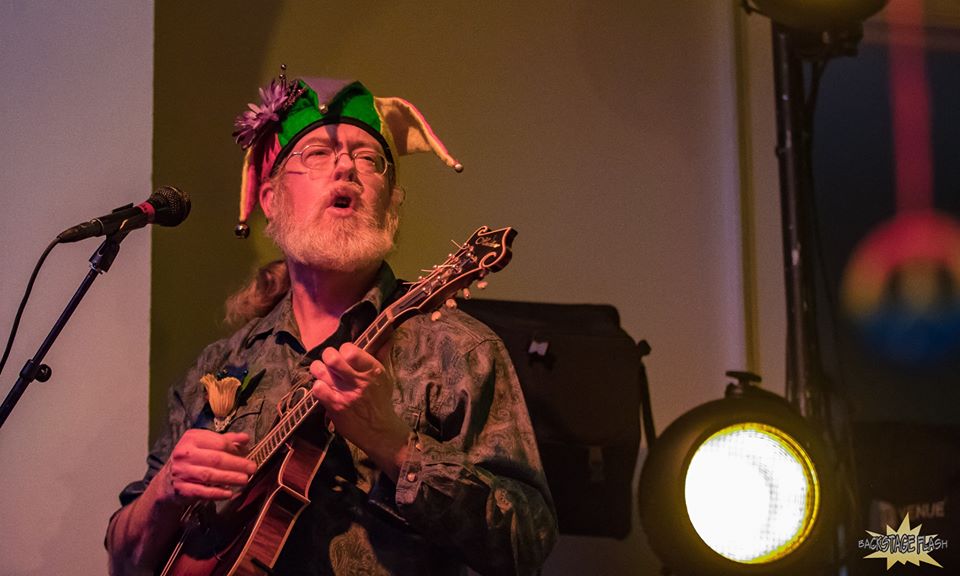 While night one was a good one, it was nearly incomparable to an outstanding night two. The theme of Saturday night’s show was an ode to “Elko,” debatably one of the most fun songs in Railroad Earth’s heavy rotation. A song about gambling, night two brought fans decked to the nines in fancy casino attire. But before we get ahead of ourselves, the band kicked off night two with a rowdy “Cold Water,” and gave us no chance for a bathroom break or beer run from then on. The evening became exponentially hotter, with the first set running through a hyperactive “Old Dangerfield,” and Carbone again taking over vocals for a cover of George Harrison’s “Any Road.” A haunting “Mountain Time” fit somewhere in the middle, whereas the end saw the ultimate singalong “Head,” and a special treat of “Donkey For Sale.” 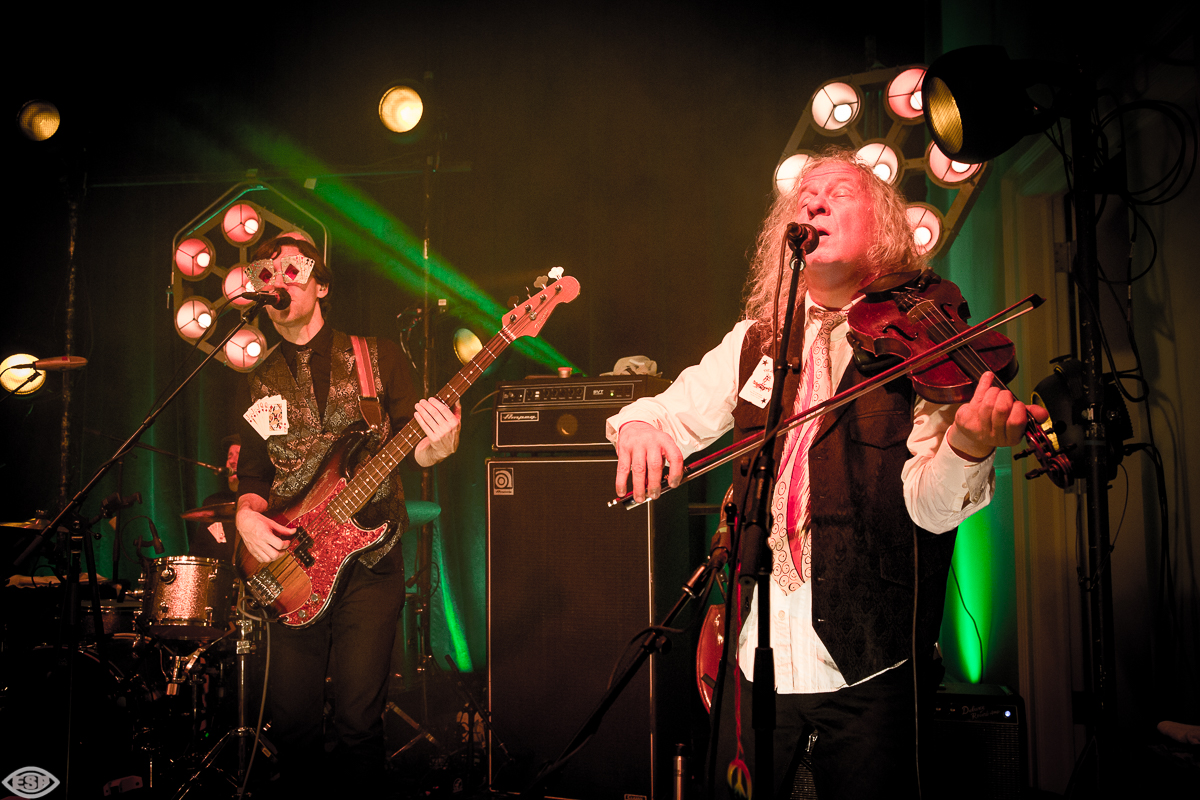 And then it just kept getting better. From a second set opener of “Lordy, Lordy” with Carey Harmon absolutely destroying on the drums, to an Andrew Altman-lead, bass-heavy “The Cuckoo,” to a mind-blowing “Birds Of America,” Railroad Earth kept taking us one step higher. From a gorgeous “Neath The Stars” to the performance of another new single, “Slippin’ Away,” the band threw out one surprise after the next. An insane “Warhead Boogie” saw John Skehan and Carbone throwing licks between the mandolin and fiddle back and forth from opposite ends of the stage. Newest and youngest addition to Railroad Earth Mike Robinson added a new twist with his pedal steel to an old school “For Love” that proved his rightful membership into the Hobo tribe. 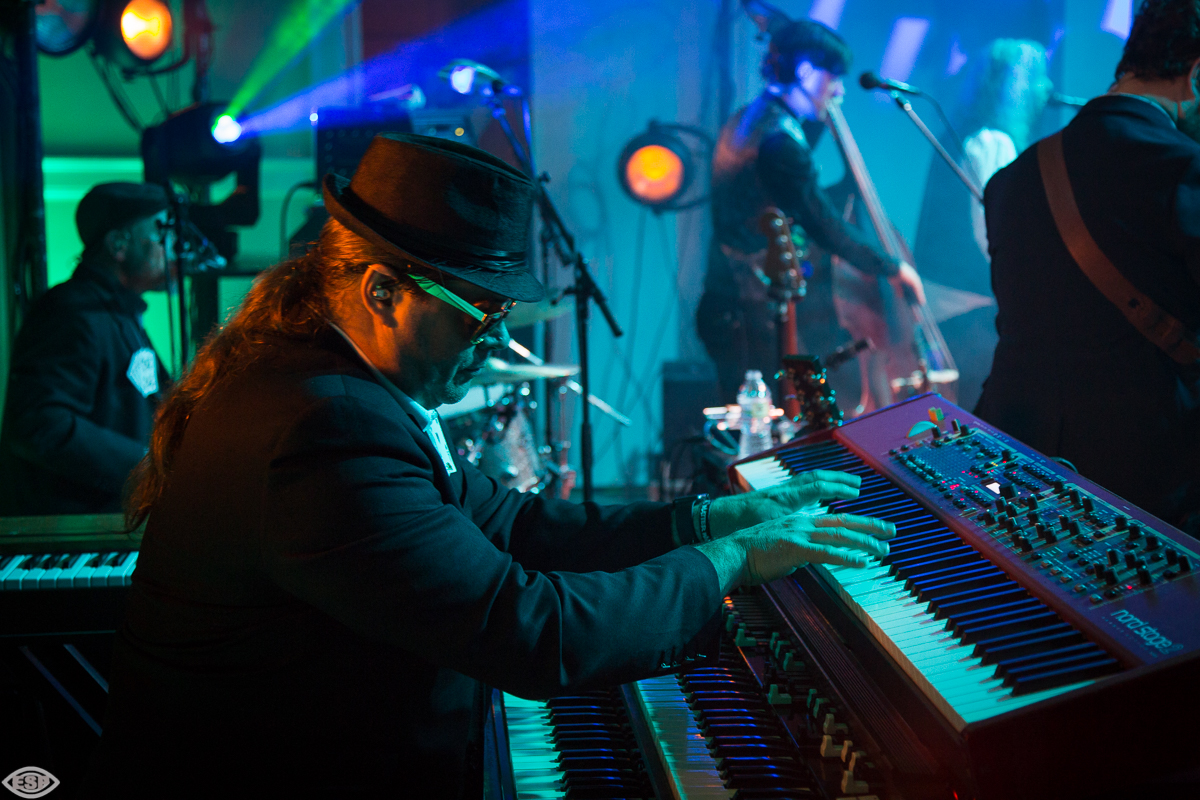 And after all was nearly said and almost done, it was time for one of the more mesmerizing renditions of “Elko” we’ve ever seen, whereupon 550 plus people threw up hundreds of decks of cards in the air in commemoration of an unforgettable weekend. Keyboardist Matt Slocum was literally the key player for the tune as we danced through a sea of playing cards, with cheeky grins splashed across the faces of those onstage and of all of us down below. One last rumpus “Rueben’s Train” came to close the show, leaving us abuzz, astounded, and looking anxiously forward to Railroad Earth’s return in just one month to the Mission Ballroom. All aboard. 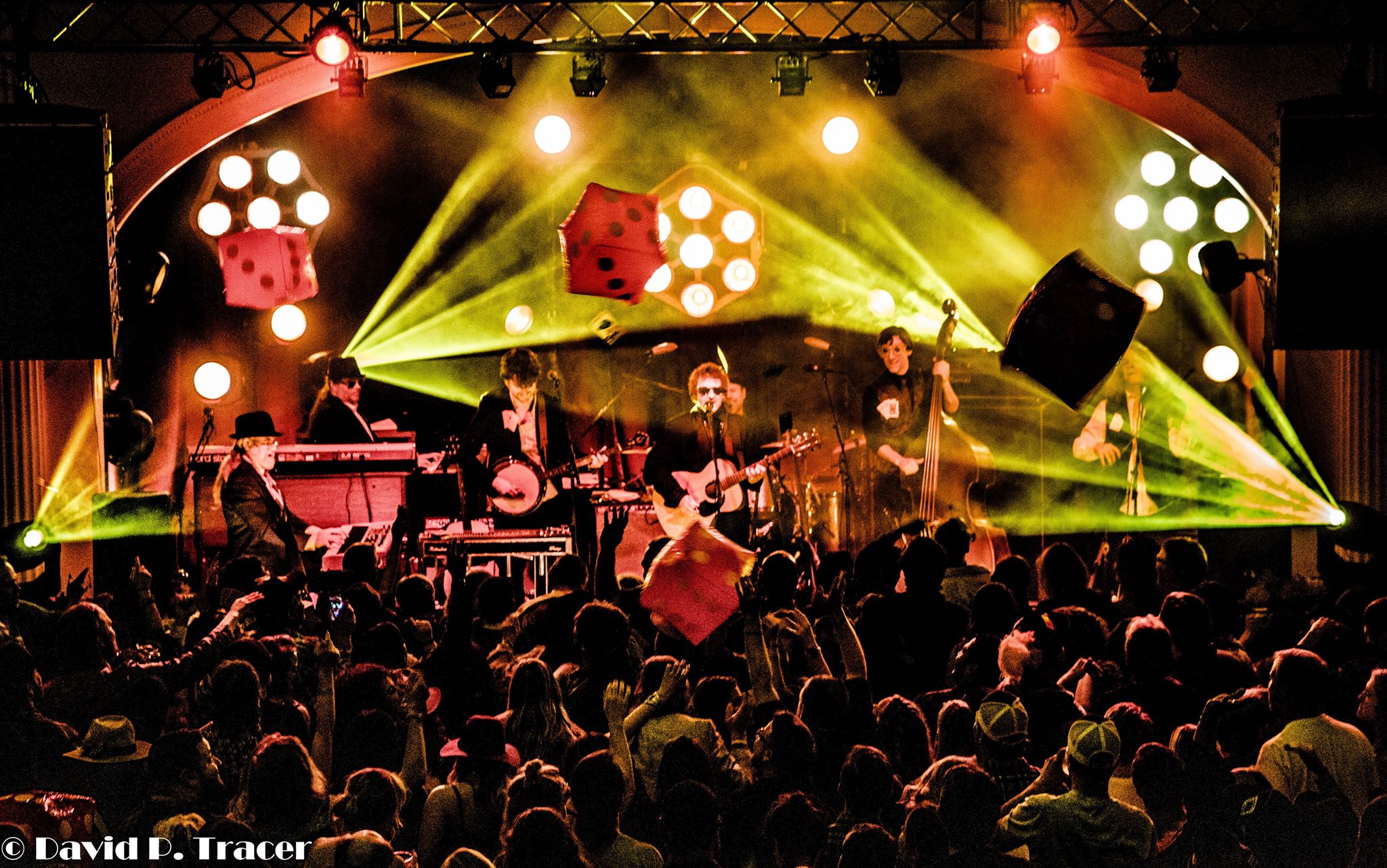