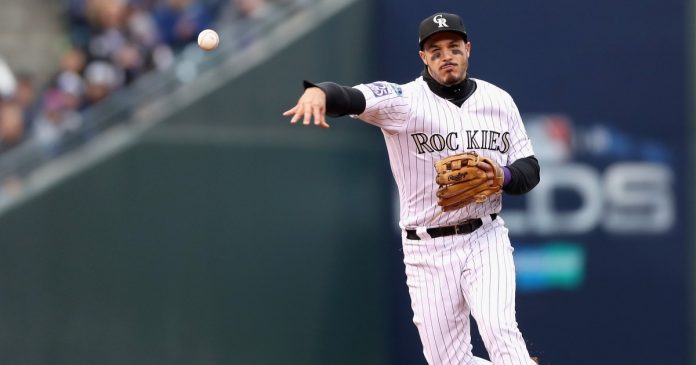 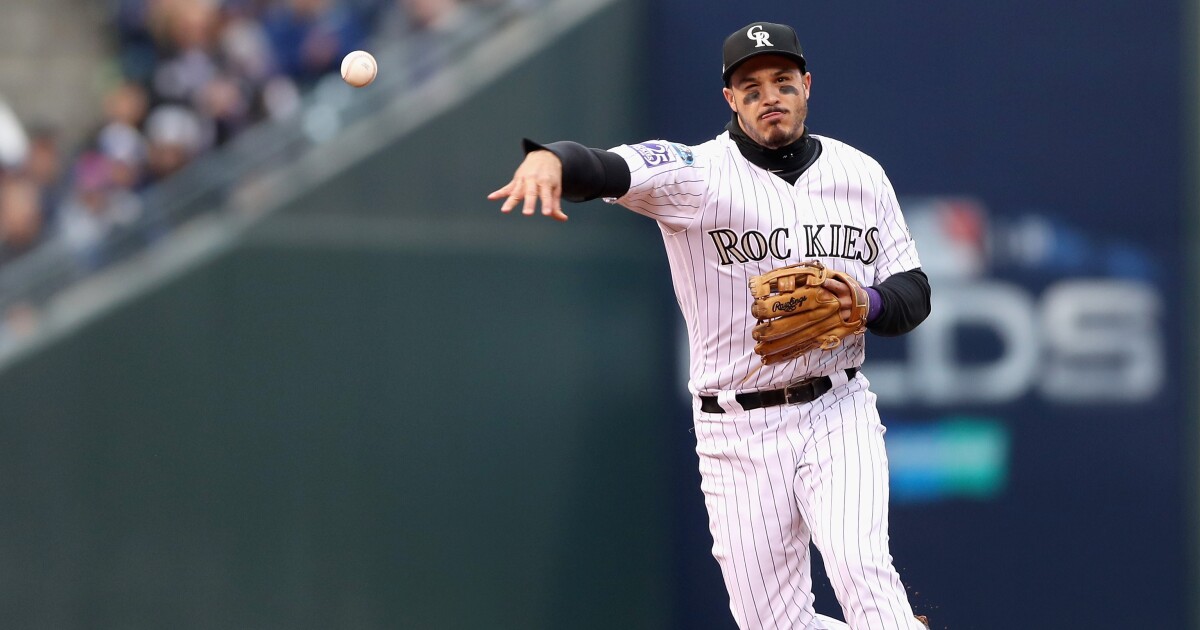 DENVER — Consider the past year the third and long goodbye.

Nolan Arenado, arguably the greatest third baseman in Major League history, will soon no longer be a Colorado Rockie. The Rockies have agreed in principle to send the five-time All-Star and $50 million to the St. Louis Cardinals for a major league pitcher and two minor leaguers, a source confirmed.

It might take a few days for the deal to become official as the sides iron out wrinkles with the money, contract clauses and conduct physicals for the players involved.

Arenado has $199 million remaining on his contract with an opt out after this season. The Rockies facilitated the deal by absorbing $50 million, and Arenado, according to reports, will possibly defer money as well. So, the Cardinals, in essence, get Arenado on a six-year, $149-million deal. However, Arenado is expected to have opt outs in 2021 and 2022, while potentially adding money at the end of his contract.

“It was time to go,” a source close to Arenado told Denver7 of the bittersweet ending of an era.

The Athletic was the first to report the trade. According to The Athletic’s report, the players the Rockies could receive are pitcher Austin Gomber, who posted a 1.86 ERA in 14 games last season with the Cardinals, outfielder Jhon Torres and first baseman Luken Baker. The names, though, have not been finalized.

This move began to come into focus last offseason when Arenado’s relationship with general manager Jeff Bridich frayed in January. Arenado told Denver7 then that “Jeff is very disrespectful. I never talk trash or anything. I play hard, keep my mouth shut. But I can only get crossed so many times.” Arenado felt misled that the team was going to build around him after he signed an eight-year, $260 million contract.

Instead, the Rockies stood pat in free agency before last year, counting on bounce backs from the likes of relievers Wade Davis, Bryan Shaw and Jake McGee and first baseman Daniel Murphy. It didn’t materialize. The Rockies were the worst team in baseball after an 11-3 start in the 60-game season.

The Rockies appeared to be bracing for this day when they signed Arenado to his record deal. Bridich structured the contract to give Arenado an opt out after three seasons, something Arenado did not request. As a result, uncertainty about Arenado’s future developed when the team nosedived in 2019 following back-to-back playoff berths for the first time in club history.

With Arenado considering walking at the end of this season and his dissatisfaction with Bridich and the team’s direction known, the Rockies moved him in a deal widely panned by fans on social media.

While hard to stomach, a case could be made for trading Arenado if the team commits to a youth movement. But the Rockies waited too close to the opt out date, and that, along with the pandemic crushing budgets, left the team with scant leverage in talks. They had to include money in the deal to improve the prospect package.

Arenado, 29, is a lifetime .293 hitter with 235 home runs and 760 RBIs. He has won five Silver Slugger awards and finished in the top 10 in the MVP voting five times. He struggled in the shortened season, hitting .253 with eight home runs after injuring his shoulder diving for a groundball in the fifth game of the season.

The Rockies’ posture this offseason is that of a rebuild. However, the team’s minor league system is considered one of the weakest in baseball, and the team is not looking to add payroll in the meantime. They declined to tender former All-Star outfielder David Dahl a contract, have not signed any significant players and now face the decision on whether to keep All-Star shortstop Trevor Story or trade him before he hits free agency after this season. There is no guarantee Story would agree to a contract after watching the Rockies ship out Troy Tulowitzki and Arenado during his time in the organization.