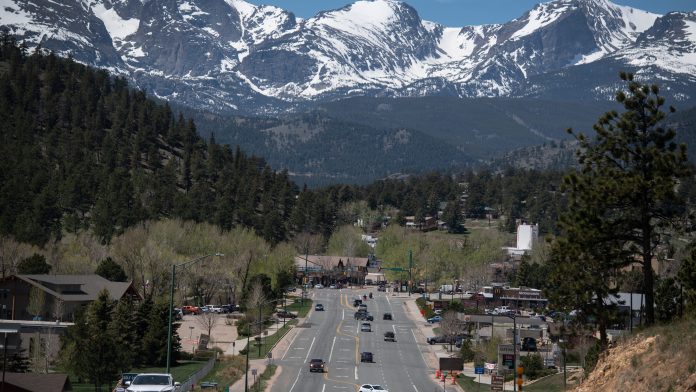 Due to COVID-19 health safety concerns, last year the park became the first site in the National Park System to require visitors to pre-purchase a permit that allowed them a two-hour window to enter the park with unlimited access hours after they entered. The system was in place from June 4 through Oct. 12.

The U.S. Interior Department approved the system to be used at the park as well as several others this year.

Last year’s system resulted in a 40% reduction in the number of visitors. Despite the entry system and two of the state’s largest wildfires partially closing the park, the it was the fourth-most visited park in the 400-plus site system.

“We are expecting visitation to increase in the park due to the COVID crush,” park superintendent Darla Sidles told the Estes Town Board during a special meeting Monday. “With COVID and two major wildfires impacting the park, to be the fourth-most visited is pretty amazing. All of those things really didn’t make much of an impact.”

“COVID crush” refers to the large increase in visitation to many public lands during last year’s pandemic, which is expected to continue this year as people use the outdoors as an escape.

Here are answers to important questions per the proposal park staff addressed with the town board:

When will the timed entry permit system go into effect this year?

Reservations will be required May 28 through Oct. 11.

When is the first day I can make a reservation at Rocky Mountain National Park?

The date is May 1. That will allow you to make reservations for all of May, including Memorial Day weekend, and all of June. On June 1, you can make a reservation for any times open in June as well as all of July, and so forth. The reservation site is https://www.recreation.gov/ticket/facility/300013.

It is expected the park will allow for 75% to 85% capacity. Last year, 60% of capacity was allowed. Shuttle bus capacity will increase to 50% this year compared with 20% last year.

What are the major changes from last year?

This year, there will be two reservation options: Bear Lake Road corridor and the rest of the park.

Bear Lake permits allow access to the corridor from its intersection with Trail Ridge Road to the end of the road and includes entry to the rest of the park. The other permit allows you to go anywhere in the park except the Bear Lake Road corridor.

Visitors without a permit are allowed to enter the park anytime before or after those hours.

Last year, the one-permit system ran from 6 a.m. to 5 p.m. This year’s change allows visitors and through-travelers over Trail Ridge Road to access the park, except the Bear Lake Road corridor, before 9 a.m. and after 3 p.m.

That is still being discussed.

As you can imagine, those permits go quickly. Last year, the reservation site saw 1,500 to 2,500 requests for the 600 daily permits, and those were sold in several minutes, which upset people.

Will some areas remained closed due to last year’s wildfires?

The fire burned about 10% of the park. All of the sites have not been fully assessed because the fire lasted into December.