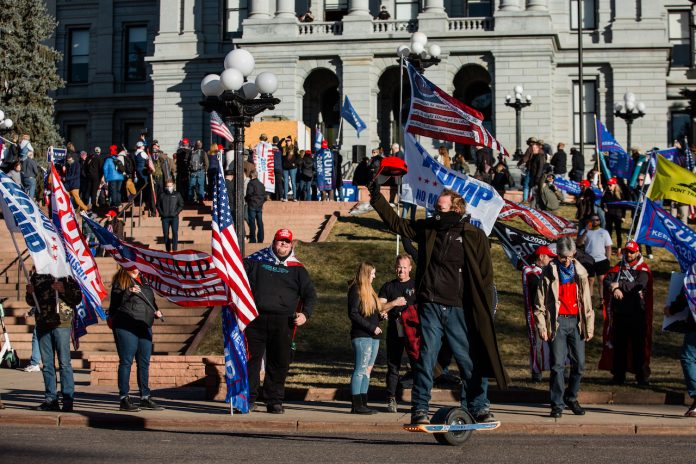 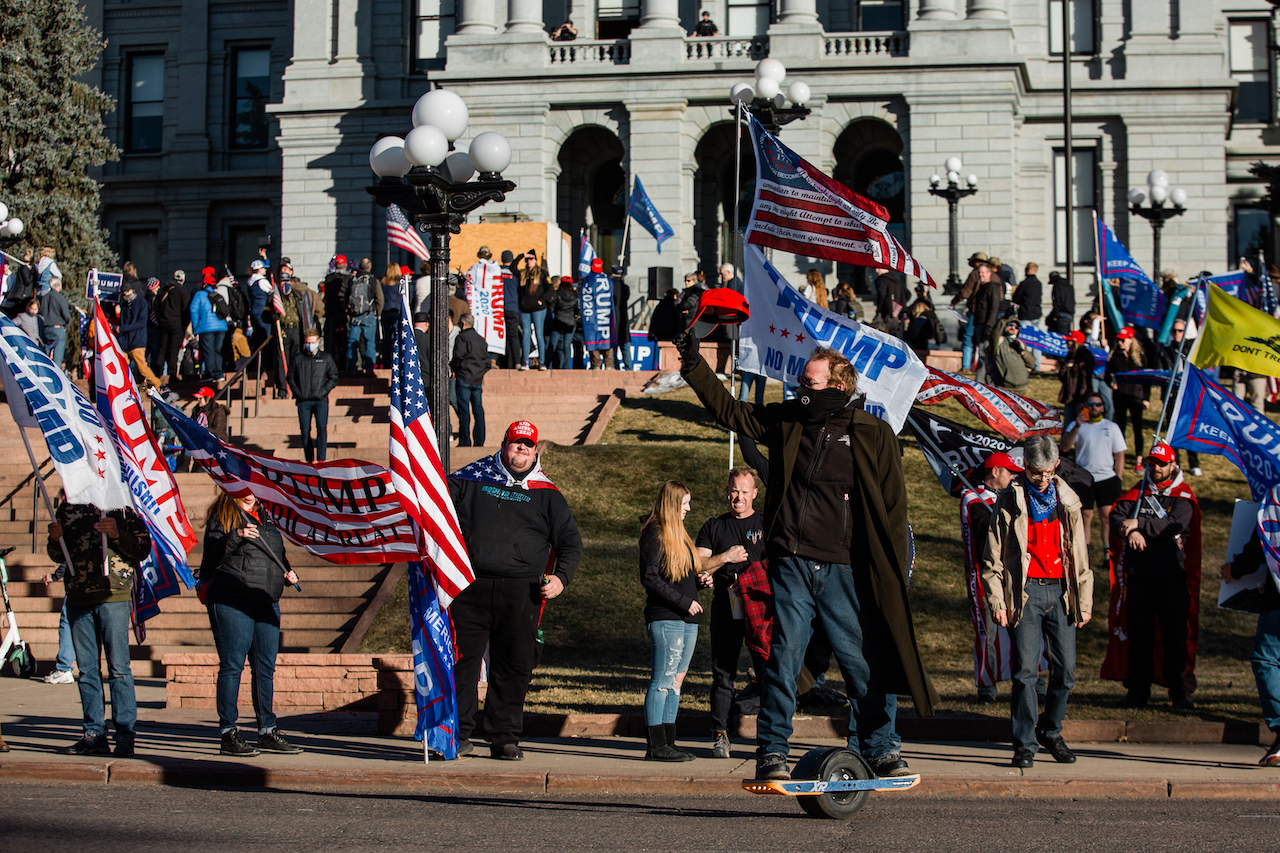 Yesterday, supporters of President Trump gathered on the steps of Denver’s capitol building for a “We Are The Storm” rally. Beginning at noon, the event called on people to protest the outcome of the 2020 Presidential Election. Similarly named events took place across the nation with a violent attack occurring at the U.S. capitol that has now left four dead.

Here in Denver, the majority of the 700 people in attendance remained non-violent despite a general atmosphere of aggression as they protested debunked claims of election fraud. However, three attendees were arrested for various infractions such as assault as reported by Denverite. The far-right extremist group The Proud Boys also made an appearance. Out of an abundance of caution, Mayor Michael Hancock ordered the early closure of city agencies’ buildings.

“In America, we hold free, fair, and secure elections and we honor the outcome. We respect the rule of law and an assault on our democratic republic is an assault on all of us who believe in our constitution and what makes our country extraordinary. We respect the peaceful transition of power. The alarming scenes that are unfolding in Washington are something you might expect to see in countries far from our shores, not in our nation’s capitol, and certainly not in the hallowed halls or on the floor of Congress. We are relieved that Colorado’s federal delegation is safe. We all must step up to protect the institutions of our republic, free and fair elections, and the rule of law.”

Lawmakers across the nation and the aisle are making similar statements as calls for the removal of President Trump continue to grow.

All photography by Nikki A. Rae.