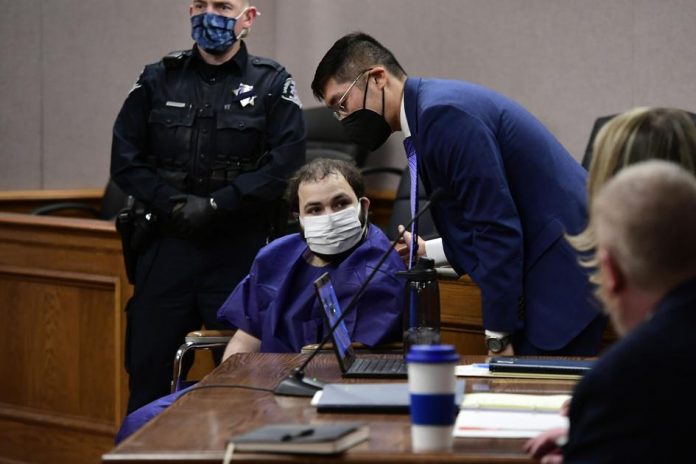 How can someone walk into a grocery store and randomly kill 10 innocent strangers?

There’s no simple answer, experts say, but there are a few things they know.

Mass shooters often are socially isolated, or loners, and have some sort of grievance, said Susan Payne, a former Colorado Springs police officer who founded the Safe2Tell hotline.

They may have a history of threats, assaults, animal abuse and being bullied, she said. Recent stressors also can be an underlying factor leading up to a shooting spree.

“We look at their home life, grievances, exposure to trauma, financial difficulties, online use,” said Payne, who studied the Boulder shooting crime scene this past week. “We’re living in a time when social stressors are at an all-time high.”

How to get mental health help

In addition to being a national consultant on school shootings, Payne serves as a special adviser to the University of Colorado’s Center for the Study and Prevention of Violence in Boulder.

“We look at whether there was ideation and their pre-attack planning, preparation and execution,” Payne said. “We want to know how they identify their target.”

The research center, ironically, is located just a few miles away from the Table Mesa King Soopers, where last Monday a gunman killed three employees, five customers, an equipment repairman and a police officer.

Lawyers brought up mental illness during suspect Ahmad Al Aliwi Alissa’s first court appearance three days after the shooting. He will undergo a mental health assessment while being held in jail without bond.

“Shooting at strangers is plainly not an indication of good mental health,” said Vincent Atchity, president and CEO of Denver-based Mental Health Colorado, which advocates for mental well-being.

Research shows that four out of five mass shooters had concerning behaviors that others observed but did not report, Payne said.

“We still in this country do not do enough education and awareness about what to look for, what to watch for and signs never to ignore,” she said.

“When someone with concerning human behaviors and online threats is suddenly buying a gun, there needs to be a behavioral threat assessment done and intervention.”

But simply having a mental health problem is not a predictor of violence, Atchity said.

“Statistically speaking, people who live with serious mental illness are far more likely to be victims of crime than the perpetrator,” he said. “It is a tiny minutia of people who do these things.”

Shaw said she hopes the Boulder incident “doesn’t increase the stigma around a person admitting they may be experiencing mental health issues but, instead, leads to individuals who have mental health issues and their family and friends, to reach out for support and to get help.”

The mantra that originated after the 911 attacks, “If you see something, say something,” still rings true, Atchity said.

“We need to be more attentive and aware of people in distress,” he said. “People should not keep their fears and doubts to themselves.”

That gut feeling that something isn’t right with a family member, friend, neighbor, coworker or other acquaintance should be carried through to action, Payne said.

“We have to build a better infrastructure to prevent these from happening and protect our communities,” Payne said.

That means improving communication about who to call, when to call and what to report, she said.

Attention now is focused on the mental health of victims’ families and the community as a whole.

“We’re concerned about the mental health of the community,” Atchity said. “It’s not healthy for us to be worried about going into a grocery store or dropping our children off at school.

“We’re all in a state of post-traumatic stress because of this event and events like it.”

Such an attack affects people differently, Shaw said. Some feel physically sick, others find their minds racing with thoughts they can’t sort out.

“It takes a while to move forward,” Shaw said. “You have to have compassion for yourself, understand there is a journey through grief and shock.”

Many of the thousands of people who visited makeshift memorials, attended multiple vigils and participated in virtual discussions about what happened didn’t personally know any of the deceased.

But they felt the killings hit close to home and that on a different day, time and place, they could have been caught in the gunfire.

The organization is seeing “a lot of need” at drop-in mental health assistance opportunities around town, she said.